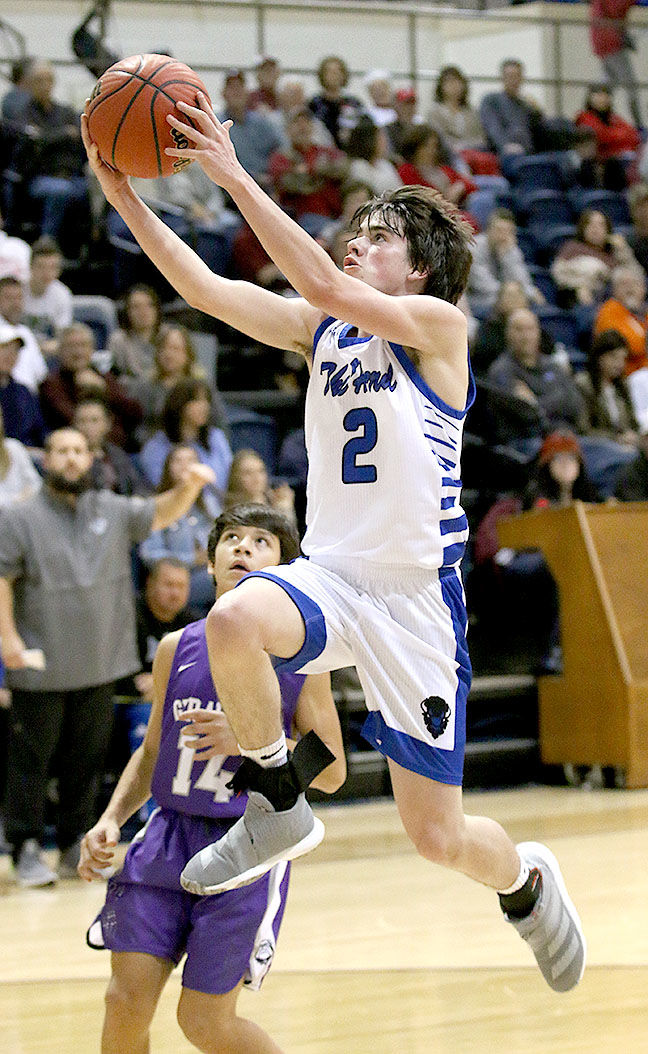 Luke Maples goes up for two of his 24 points during NSM's 109-89 Sand Mountain Tournament quarterfinal win over Geraldine Wednesday night. 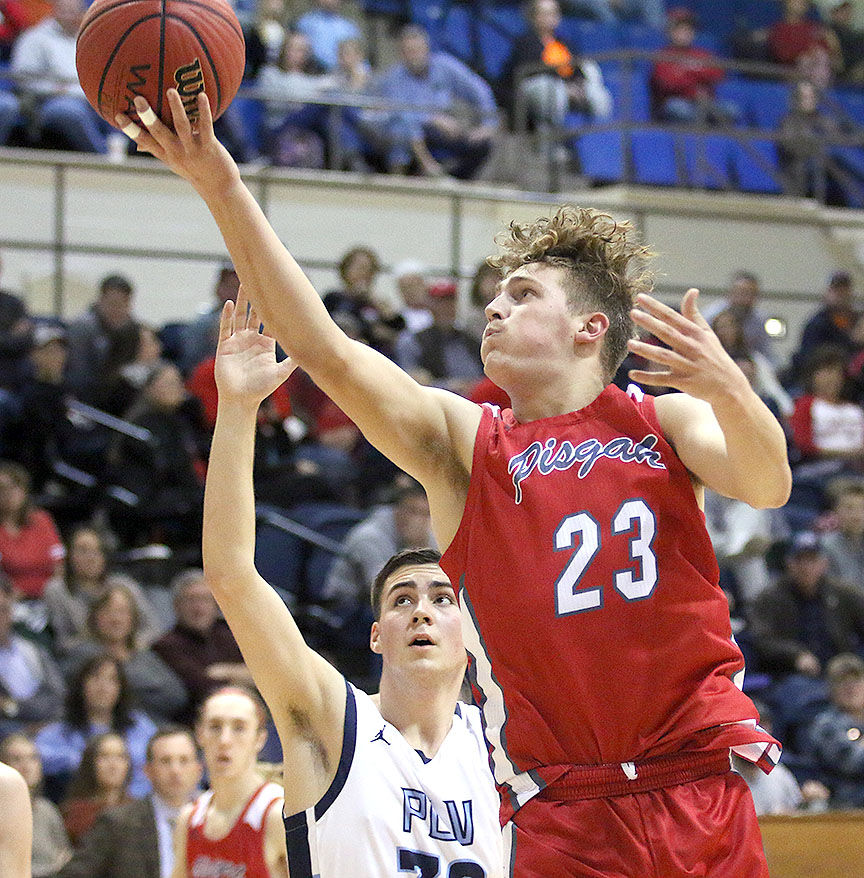 Jared Wilks scoops up a shot in the lane during Pisgah's 80-63 loss Wednesday night to Class 3A No. 1-ranked Plainview in the Sand Mountain Tournament quarterfinals.

Luke Maples goes up for two of his 24 points during NSM's 109-89 Sand Mountain Tournament quarterfinal win over Geraldine Wednesday night.

Jared Wilks scoops up a shot in the lane during Pisgah's 80-63 loss Wednesday night to Class 3A No. 1-ranked Plainview in the Sand Mountain Tournament quarterfinals.

Third-seeded NSM scored 66 first-half points on the way to a season-high point total in a 109-89 Sand Mountain Tournament quarterfinal victory over sixth-seeded Geraldine at the DeKalb County Schools Coliseum in Rainsville.

“We tried to get back to the basics of the system,” Hicks said. “The guys played extremely hard. Defensive assignments got busted a lot, but that’s something that can be fixed. But we just wanted to get back after it.”

It was the fourth game this season that NSM has reached the 100-point mark.

The Bison advanced to play second-seeded and Class 2A No. 3-ranked Fyffe in the semifinals tonight at 6 p.m. The winner plays either top-seeded Plainview or fourth-seeded Sylvania in the championship game Saturday at 8 p.m.

NSM (6-3) trailed 26-25 after one quarter before scoring 41 points in the second quarter. Russ Marr and Luke Maples scored 19 and 11 points respectively during the period as the Bison opened up a 66-47 halftime lead. NSM was in front 88-67 after three quarters.

Marr closed with 33 points and Maples had 24 for the Bison while Derek Bearden pitched in 20 and Drue Carlton added 12.

Plainview 80, Pisgah 63 — Top-seeded and Class 3A No. 1-ranked Plainview made 16 3-pointers on the way to defeating the eighth-seeded Eagles Wednesday night.

Jonah Williams sank eight 3-pointers and scored a game-high 30 points for Plainview, which also got 18 from Tristan Willingham and 10 from Grant Sanders.

Sylvania 74, Section 60 — The fourth-seeded Rams broke the game open in the third quarter and went on to defeat fifth-seeded Section Wednesday night.

Joshua Tinker scored 14 points for Sylvania (6-4), which also got 13 from Austin Traffenstedt, 12 from Grant Atchley and 11 from Brody Smith.