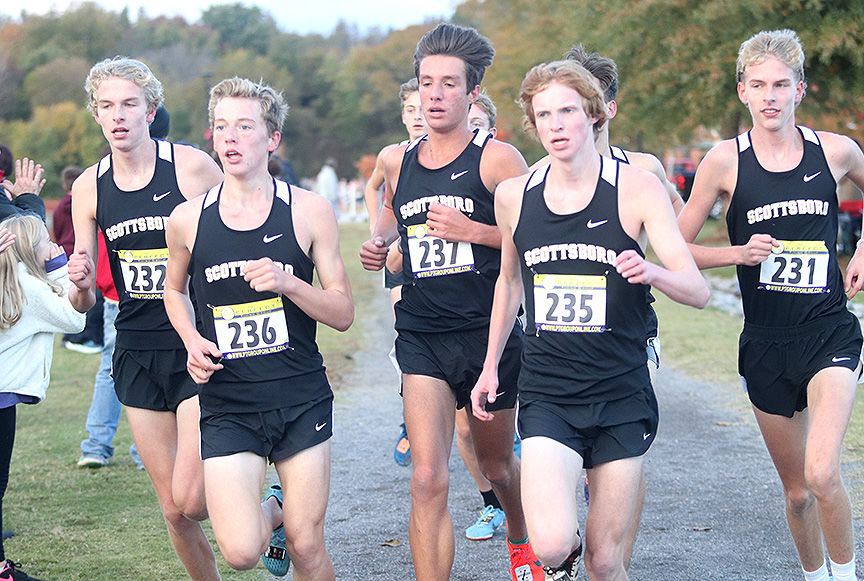 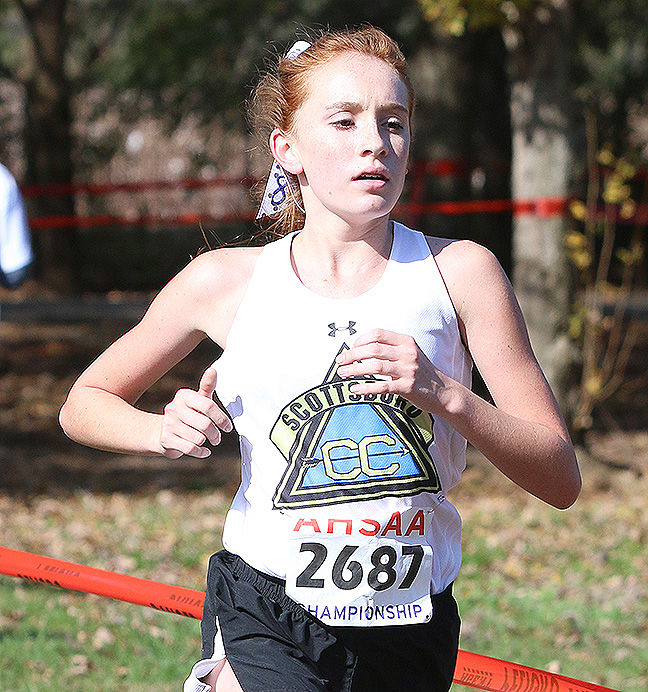 McCall Chandler is one of eight 2018 state meet runners returning as Scottsboro looks for a third straight state title.

McCall Chandler is one of eight 2018 state meet runners returning as Scottsboro looks for a third straight state title.

During the Scottsboro cross country teams’ retreat last weekend, head coach Luke Robinson had the runners for the girls and boys teams define the team and individual goals.

Robinson wasn’t surprised by the team goals they established.

“Both teams had win the triple crown,” the coach said.

Winning a triple crown is a feat accomplished when a school wins state championships in girls or boys cross country and indoor and outdoor track and field during the same academic year.

The Scottsboro teams are set to begin the first leg of that chase today when they open the 2019 high school cross country season at the Pepsi Invitational at Lawrence County High School in Moulton.

Scottsboro is the three-time defending Class 5A boys state champion and the two-time defending 5A girls state champion, and the good news for Scottsboro — and bad news for the rest of 5A — is that both SHS teams return eight of their top 10 runners that raced at the state meet last November. That group includes 2018 all-state runners Cooper Atkins, Hayden Judge, Benson Atkins and Rex Green on the boys’ side and girls all-state runners McCall Chandler and Ally Campbell.

Robinson said the amount of experience on each team’s roster is a luxury for the program.

“It seems like all our juniors and seniors have been running at state since they were eighth-graders. Our upperclassmen, on both teams, they’re experience is evident by the leadership they’re showing and their expectations for practice and training,” Robinson said. “If they see something, or think somebody’s lazy, they’ll call it out. It’s one thing if the coach calls it out, but if your buddy does, it means more. They’re pushing everybody to get better.”

Veteran runners and newcomers alike are ready for the races to begin, Robinson said.

“The older ones know what they’re working toward. For the newbies, they’re starting to think all we do is just practice,” Robinson joked. “We’re itching to race. We’ve been at this training and conditioning since June. It’s time to race. We need to race.”

As for the season expectations, they are the same as any other cross country season at Scottsboro — to win two more blue state championship trophies in November.