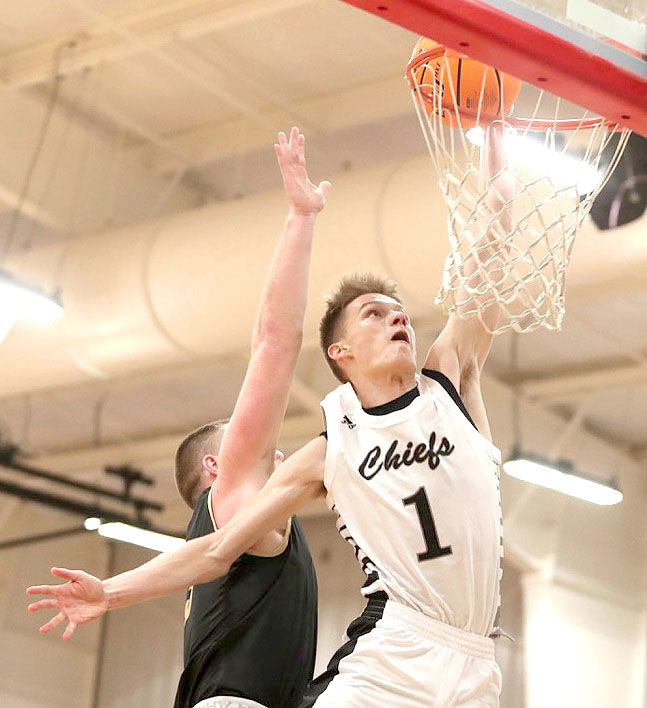 Eli Gill dunks against Fort Payne during the first half of North Jackson’s 79-66 win Tuesday night. 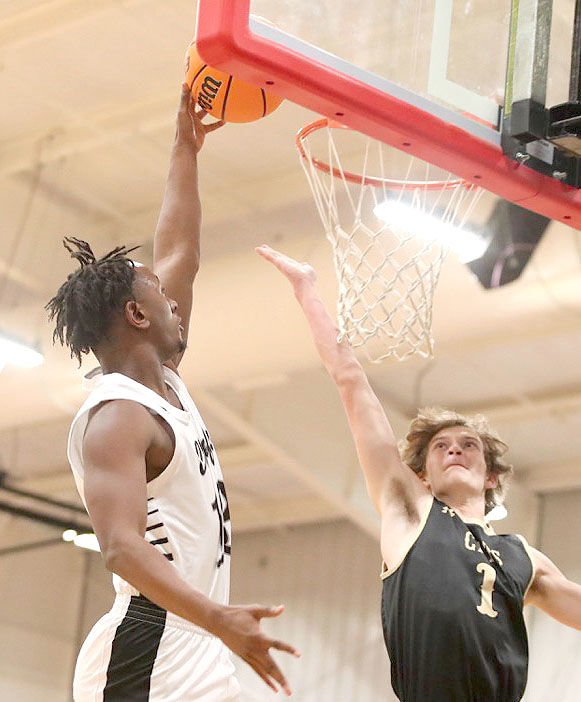 Eli Gill dunks against Fort Payne during the first half of North Jackson’s 79-66 win Tuesday night.

The Class 4A Chiefs outscored visiting 6A Fort Payne 23-10 in the final stanza to record a 79-66 victory Tuesday night in Stevenson.

North Jackson (2-0) overcame a double-digit deficit during the contest. The Chiefs trailed 25-19 after one quarter and 40-32 at halftime before tying the game at 56-all after three quarters.

“We got down 12, but we stuck to the game plan of constant pressure, and when they broke, we took advantage and got some easy turnovers and transition points,” said North Jackson head coach Zac Barringer. “Proud of our guys.”

Carter Gass added 13 points and three assists and Zeke Ballard had nine points, 10 assists and six steals for the Chiefs, who also got six points each from Brady Cunningham and Trevor Anderson, four points from Cade Reed and 10 rebounds from Trayvon Nicholson.

Skyline 63, Oakwood Adventist 30 — At Skyline, the Vikings stay undefeated with a dominant victory.

Dawson Wynn paced Skyline with 17 points and Jaylon Clements and Collin Lockard had 13 each while Dylan Bickers and Kordell Talley had eight each.

Sand Rock 102, Pisgah 90 — At Pisgah, visiting Sand Rock made 12 3-pointers on the way to spoiling the Eagles’ season-opener.

Nate Cornelison totaled 23 points and six assists for Pisgah while Rhyan Barrett had a double-double of 20 points and 12 rebounds. The Eagles also got 12 points from Tyler Bell, 11 from Jared Wilks, nine from Austin Thornhill and eight from Austin Brown.

Sand Rock (2-0) had five players score in double figures. Eli Bates had a game-high 26 points for the Wildcats while Cade Ballenger had 20, Garyn Sharp 18, Jacob St. Clair 15 and Kaden Justice 12.

Jackson Peek scored a game-high 22 points for the Panthers, who also got 11 from Da’vion Johnson, six from Corey Chance and five from Caleb Dolberry.

Section (2-1) led 22-11 after one quarter before Woodville pulled within 39-33 at halftime. The Lions outscored Woodville 33-8 in the third quarter to carry a 72-41 advantage into the fourth.

Logan Patterson scored a game-high 30 points for Section, which also got 18 from Alex Guinn, 13 from Drake McCutchen, eight from Matthew Brewster, seven from Staton Robbins and five from Theo Durliat.

Jackson Peek scored 14 points and Caleb Dolberry netted 12 for Woodville, which also got eight from Da’vion Johnson and six from Abel Sisk.