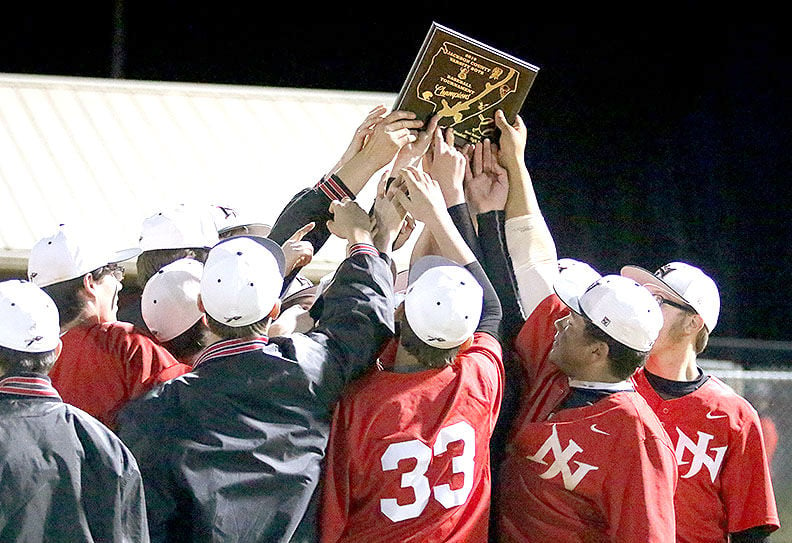 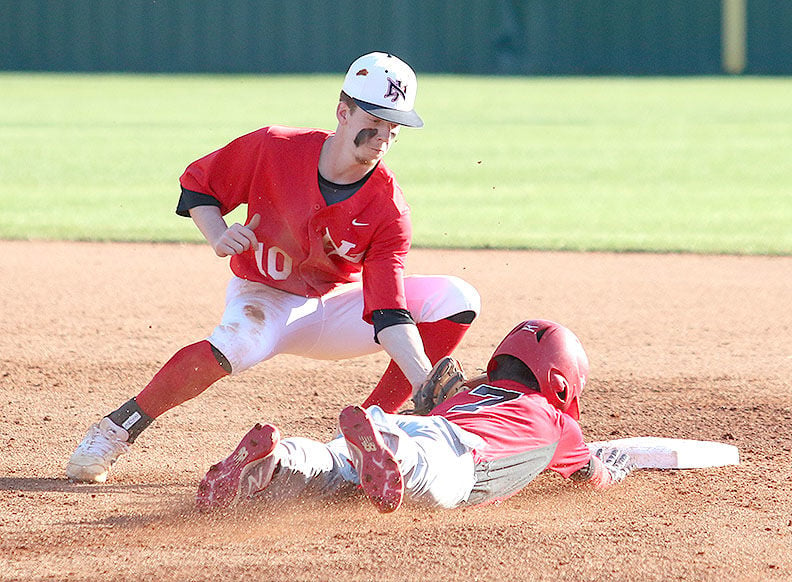 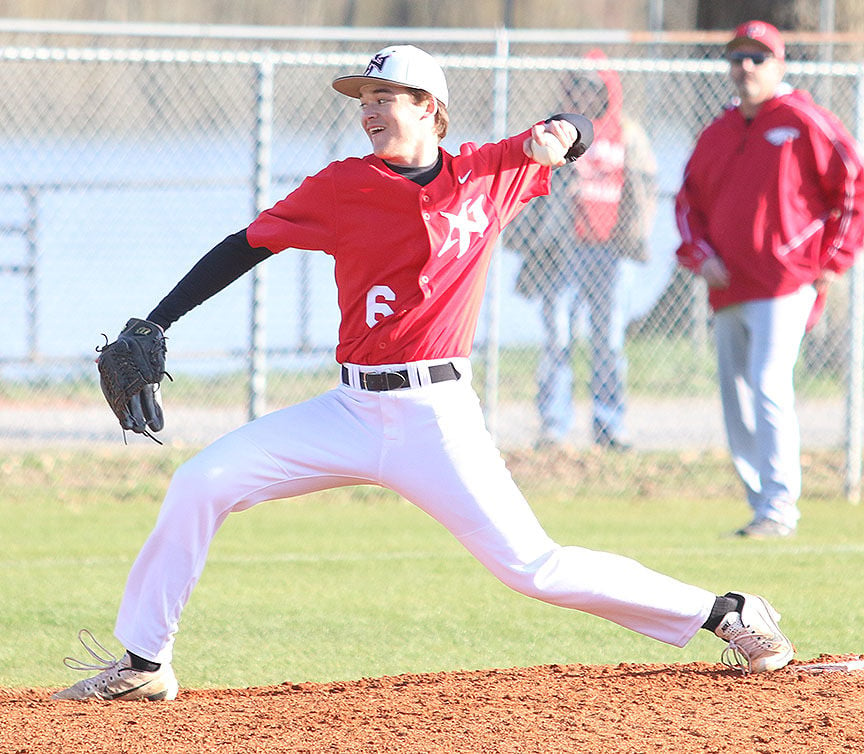 John Matthews got the victory in North Jackson's county title game win and the save it its quarterfinal win. 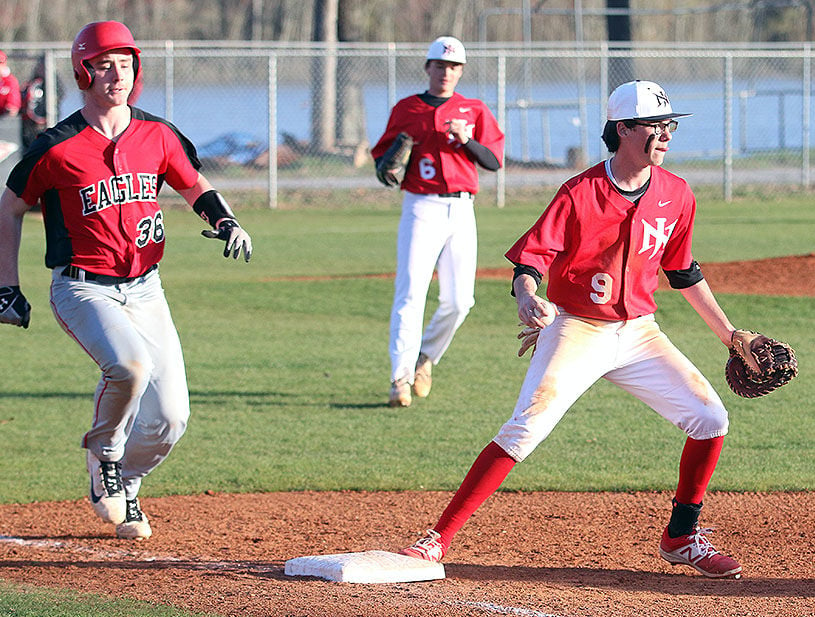 John Matthews got the victory in North Jackson's county title game win and the save it its quarterfinal win.

North Jackson’s reign as Jackson County Baseball Champion will continue for another year.

The Class 4A No. 6-ranked Chiefs won three games Saturday in Stevenson to win the Jackson County Baseball Tournament championship for the second straight year.

North Jackson (10-1) defeated Pisgah 13-0 in the championship game to win its fourth county title in the last five seasons and its ninth since 2002. The Chiefs opened the day with a 4-3 win over North Sand Mountain before defeating Woodville 16-0 to advance to the finals.

“I thought we played three good games overall,” said North Jackson head coach Cole Porter. “We competed. Didn’t play all that good this morning, like we were kind of still asleep. But we found a way to win a close ball game. Carter Gass threw a heck of a ball game in Game 1. Game 2 did what we had to do against Woodville. Game 3, we came out and hit them early, had 10 runs in two innings. All in all, a pretty good day.”

John Matthews’ RBI single plated Gass to put the Chiefs in front 1-0 in the top of the first against Pisgah — Porter’s former team — before Jody Moore’s RB single and an Jordan Eakin’s RBI double pushed North Jackson in front 3-0. Macklin Guess and Gass where then hit by a pitch with the bases loaded to close the Chiefs’ scoring in the first inning.

North Jackson added to its lead in the second inning thanks to Eakin’s RBI double, Logan Morris’ RBI single and Gass’ three-run double. The Chiefs closed the scoring in the top of the fifth on Moore’s RBI double and RBI singles from Guess and Jordan Cooper.

Eakin finished 3-for-4 with two doubles, two runs scored and two RBIs while Moore was 3-for-4 with a double and two RBIs for North Jackson. Cooper closed 2-for-4 with an RBI and Gass singled, walked twice, was hit by a pitch and drove in four runs while Matthews, (RBI) Guess (two RBIs), Morris (RBI), Brandon Poole and Landon Barnes had one hit each. Deshawn Ware scored three runs.

Matthews and Cooper, Dalton Morris held Pisgah (3-5) to one hit — a single from John Barrett. Matthews struck out four over three innings before leaving the mound following a 48-minute sun delay (the setting sun was directly in the line of the batter, catcher and home plate umpire). Cooper stuck out two in 1 1/3 innings and Morris fanned one in 2/3 innings pitched.

Logan Morris got the win on the circle after striking out five over three innings. Henny Henager pitched the final two innings and struck out five.

Jacob Chambers singled for Woodville (0-5) while Blake Lands and Landon Boggs both drew a walk.

Pisgah 5, Section 2 — Pisgah pitcher Steven Wheeler held Section to two runs and five hits as the Eagles advanced to the finals. Wheeler struck out five and walked one.

Wiley McCutchen had an RBI triple for Section (2-3) while Jonathan Carroll, Taylor Payne, Blake Henry and Layne White had one hit each.

North Jackson 4, NSM 3 — John Matthews recorded a strikeout to end the game with the tying run on third base as the Chiefs advanced to the semifinals.

North Jackson led 4-0 entering the top of the seventh by NSM pushed three across before Matthews came on with the bases loaded and no outs for the save. Starter Carter Gass got the win on the mound, allowing only one hit while recording nine strikeouts in 5 1/3 innings.

Stone Yates had an RBI single for NSM while Russ Marr and Dylan Marr also singled for NSM (0-5).