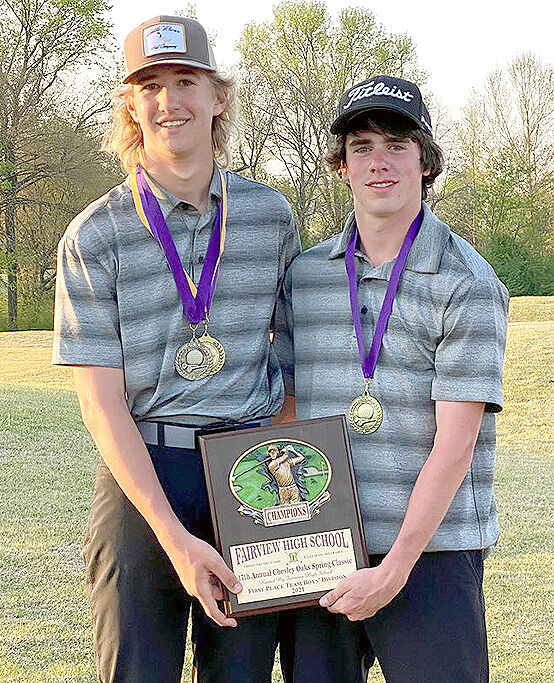 The North Sand Mountain varsity boys golf team showed what a small-school could do in a tournament heavy on large schools.

NSM’s Luke Maples and Jarrett Hill made the Chesley Oaks Classic’s All-Tournament team after both shot a 3-over par 74. They tied with Altamont’s Vinay Yerramsetti and Etowah’s Eli Edge for the top spot, but Yerramsetti won the playoff between the four golfers to claim the tournament’s individual title.

Also for NSM, Blake Maples tied for 12th after shooting an 8-over par 79 while Benton Bethune shot a 90 and Nyles Poore shot a 102.

“I’m very proud of the improvement that these guys have made since this season began,” said NSM coach Danielle Maples. “With the rainy weather this year, they have not been able to compete in as many matches as we wanted to, but they stepped up and played well in this tournament. We are looking forward to the remaining matches and hope to keep improving.”