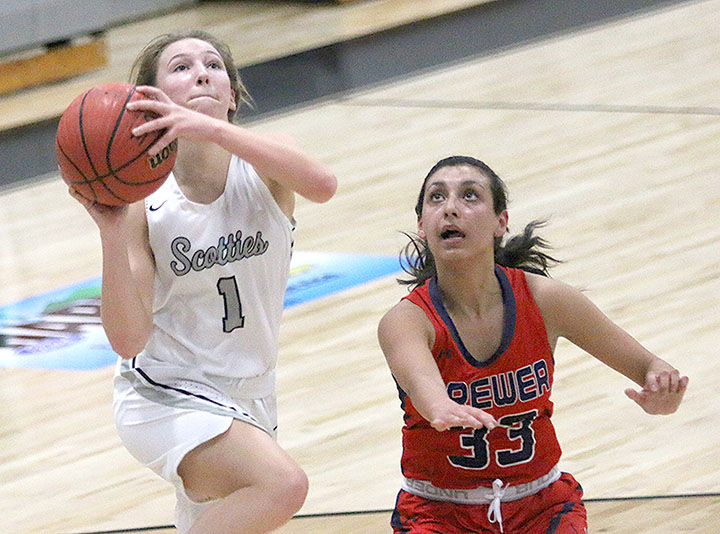 Audrey Holland (1) goes in for a layup after a steal as Brewer's Evaiah Burrows trails the play during the teams' Class 5A Area 15 contest. 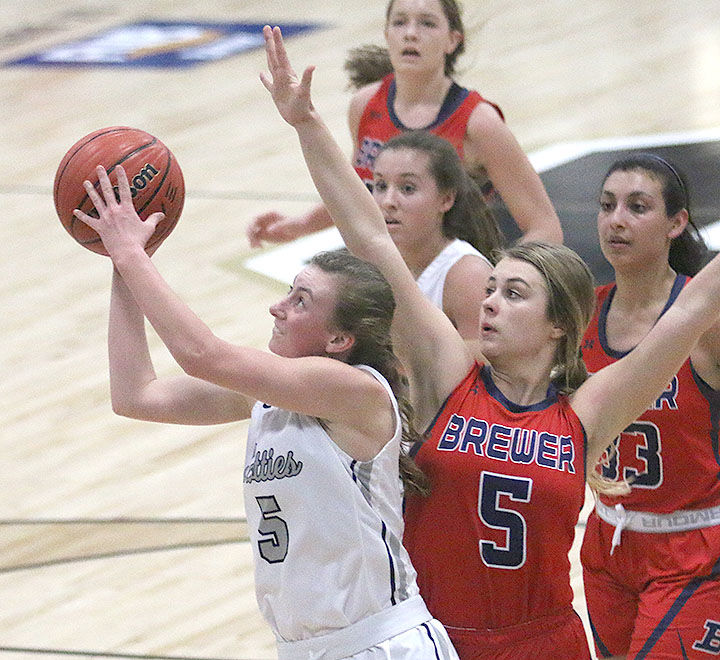 Audrey Holland (1) goes in for a layup after a steal as Brewer's Evaiah Burrows trails the play during the teams' Class 5A Area 15 contest.

“Early on, we were down 10-1, and to be honest, I thought we’d had better shots than they did. We had layups, wide-open 3s, had tricked them on some sets and had really good looks. We just could not make a shot,” Childers said.

“We cut into (the deficit) a little bit, but they stretched us out and it’s tough to guard them like that. It’s hard to play from behind against them. It’s tough to pressure them. You’ve got to match their scoring and we weren’t able to make shots.”

The win secured the Class 5A Area 15 regular-season championship for Brewer (14-8, 4-1), meaning it will host next month’s area tournament. Scottsboro (11-10, 4-2) will be the No. 2 seed and play either Arab or Guntersville in the area tournament semifinals.

Brewer sank two quick 3-pointers and took a 10-1 lead as Scottsboro missed its first six shots from the field. The Wildcats pulled within 12-6 after one quarter, but the Patriots’ time-consuming, methodical offense outscored Scottsboro 8-1 over the first five minutes of the second quarter to ultimately lead 26-11 at halftime and 38-20 after three quarters.

Carley Bell scored a team-high 15 points for Scottsboro, which also got four points each from Audrey Holland and Madison Holland.