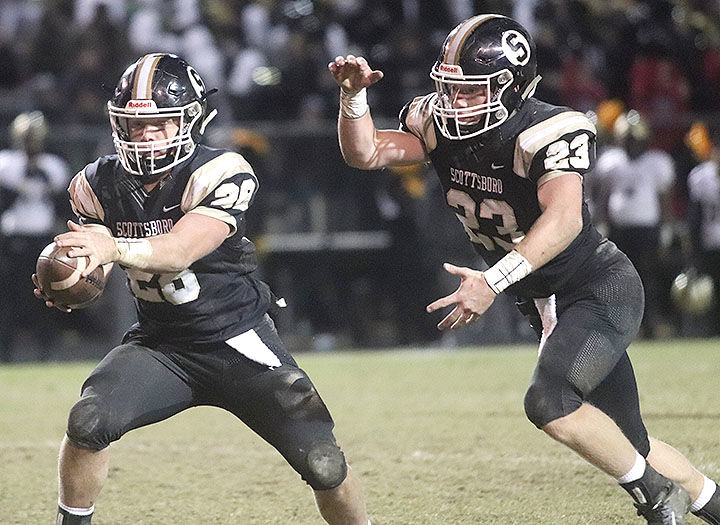 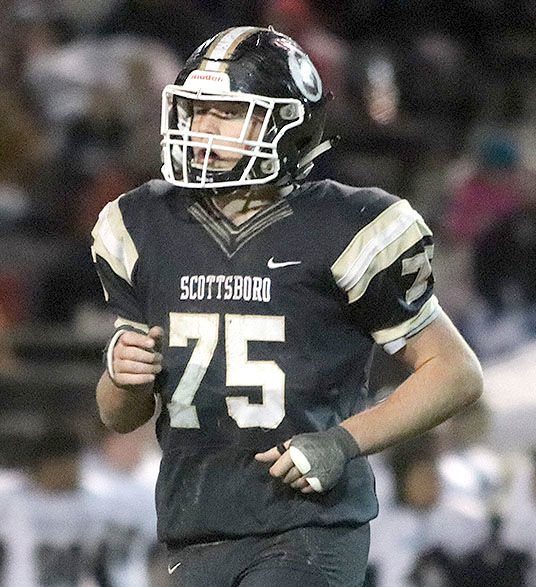 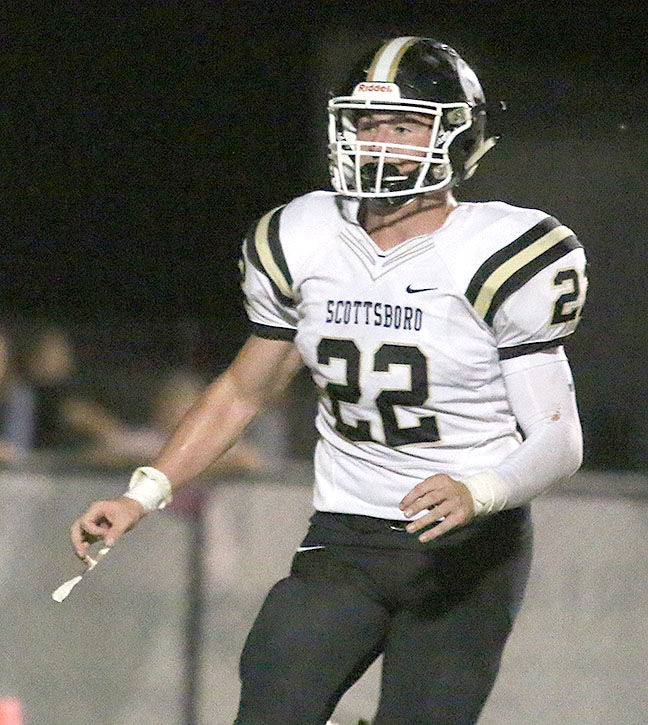 Scottsboro's A.J. Widgeon was the named the 2019 Class 5A Region 8 Football Co-Defensive MVP.

Scottsboro's A.J. Widgeon was the named the 2019 Class 5A Region 8 Football Co-Defensive MVP.

The Scottsboro football team enjoyed a resurgent season in 2019, winning nine games — the second-most wins in an SHS season in the past 15 years — finishing second in region play and advancing to the second round of the Class 5A playoffs.

A number of the players responsible for the Wildcats’ strong season have been honored for their efforts in region play.

The Class 5A Region 8 team and award winners were selected by the league’s eight head coaches earlier this week.

Manning, who moved to quarterback from running back/receiver, was part of two-headed rushing attack for the Scottsboro offense. He ran for a team-high 1,596 yards — the sixth highest single-season total in Scottsboro football history — and 22 touchdowns on 293 carries while completing 33 of 61 passes for 404 yards and three touchdowns.

Region champion Madison County had 12 players honored. Quarterback Austin Mills was the Region MVP and Tigers head coach Scott Sharp was named the region’s Coach of the Year. Third-place finisher Guntersville placed eight players on the all-region team and fourth-place Madison Academy had seven while fifth-place Arab and sixth-place East Limestone had five each and seventh- and eighth-place finishers Brewer and Ardmore had four each.