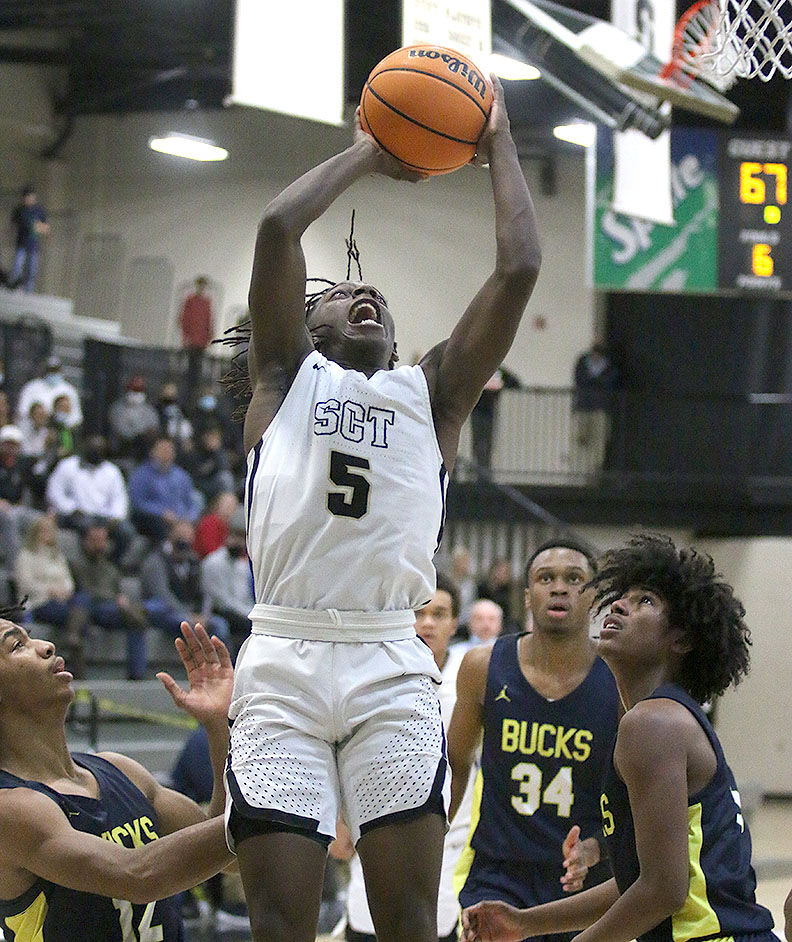 BJ Harris gets past Buckhorn defenders along the baseline for an easy basket in overtime of Scottsboro's 75-72 Class 6A Area 15 win Tuesday night. 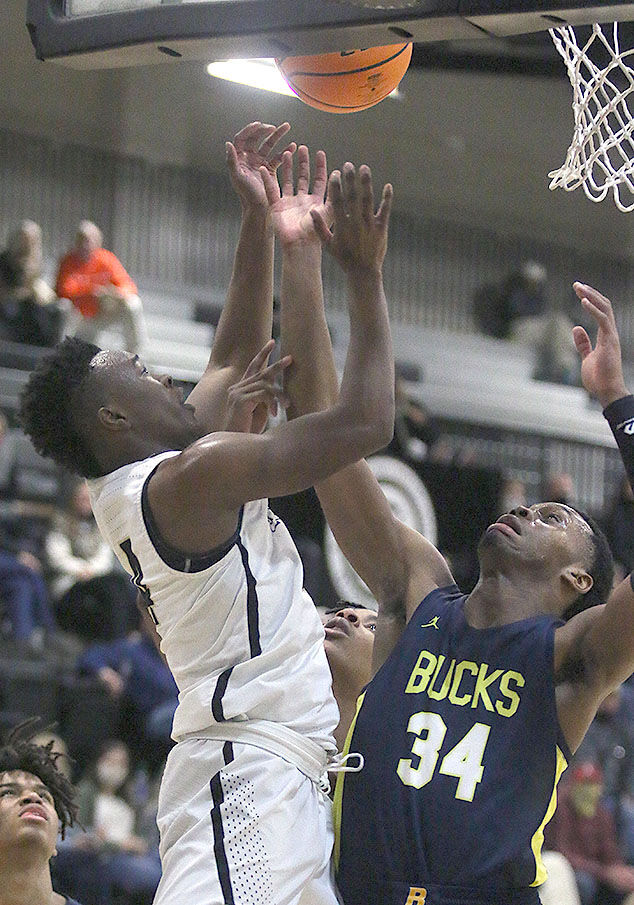 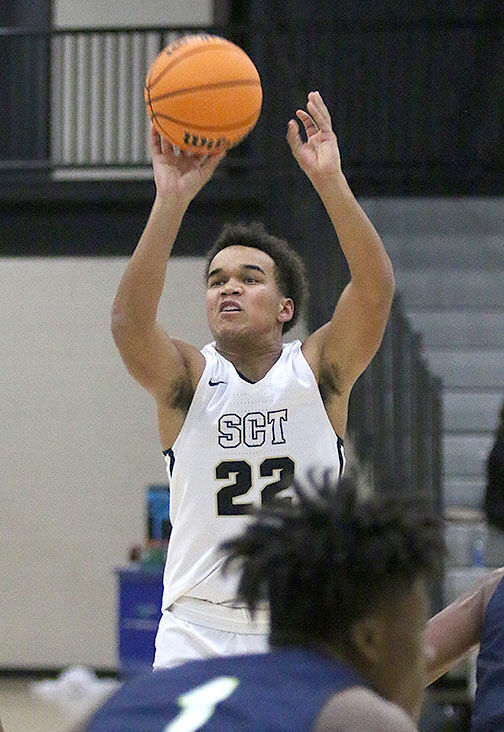 BJ Harris gets past Buckhorn defenders along the baseline for an easy basket in overtime of Scottsboro's 75-72 Class 6A Area 15 win Tuesday night.

No Scottsboro opponents’ lead has been safe this season.

Numerous times the Scottsboro varsity boys basketball team has rallied from a sizeable deficit to win.

In their most important game of the season to date, the Wildcats did so again.

Scottsboro rallied from an 11-point second-half deficit to edge Buckhorn 75-72 in overtime for a critical Class 6A Area 15 victory Tuesday night at Hambrick Hall.

“What can we say about our guys,” said Scottsboro head coach Jason Bell. “We were down, but we fought back. That’s what makes this team special. They never think we’re out of it. Man, what a win.”

The win earned Scottsboro (13-3, 2-1) a split of the teams’ regular-season series and put the Wildcats and Bucks in a tie for the area lead. Scottsboro’s win avenged a 73-72 loss to Buckhorn (14-6, 2-1) in New Market last month. If the teams’ finish tied for the regular-season area title, they will flip a coin to determine which team hosts next month’s area tournament.

“But before we can look at that,” Bell said, “we’ve got to take care of business and worry about (area foes) Fort Payne and Arab.”

The victory continued Scottsboro’s best start since the 1996-97 season.

Scottsboro took an early 6-2 lead, but the Bucks closed the first quarter on a 15-2 run to build a 17-8 lead. Buckhorn led by as many nine in the second quarter before carrying a 35-27 lead into halftime, then pushed its lead to 11 early in the third quarter. But Scottsboro started its comeback after that, sparked by back-to-back 3-pointers from Branford. Parker Bell scored seven straight points and Harris sank a pair of treys to pull the Wildcats within 53-50 entering the fourth quarter.

Scottsboro took its first lead since the first quarter on Harris’ 3-point play following a steal, and after Buckhorn regained the lead, Davis’ sank a pair of treys to give Scottsboro the lead again. Down 66-65, Harris’ driving basket put the Wildcats in front 67-66 with 2:07 remaining. The Bucks eventually tied the game at 67-all on a free throw with 44.4 seconds in regulation to force overtime.

Scottsboro started the overtime period with two straight buckets from Harris and a basket from Worthy off an assist from Branford and never trailed again. A 3-pointer got the Bucks within one point with 1:27 left in overtime, and after free throws from Davis and Branford pushed Scottsboro’s lead to 75-72, Buckhorn missed a tying 3-pointer as time expired.