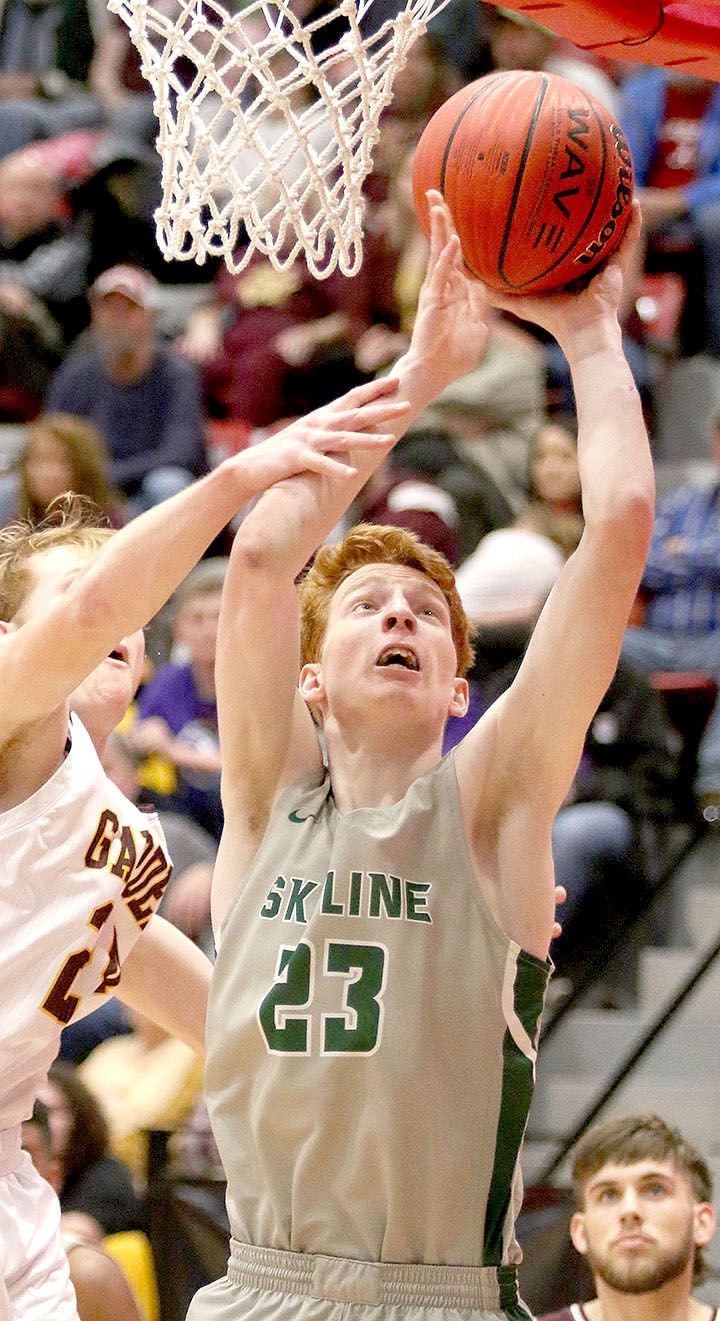 Skyline's Collin Lockard is fouled as he hits a basket in the fourth quarter against Spring Garden. 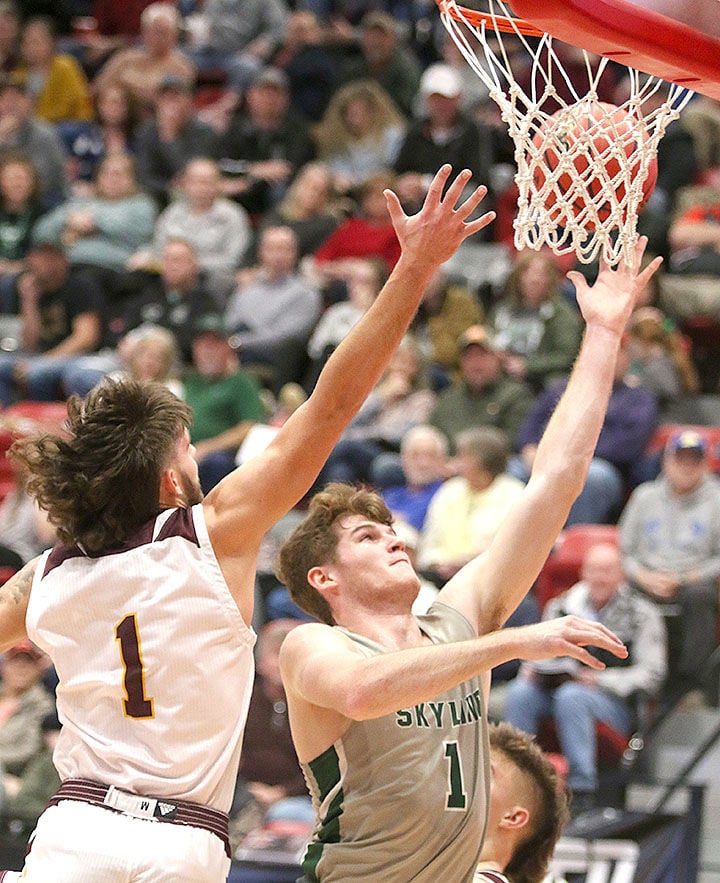 Skyline's Dawson Wynn gets past Spring Garden defender Weston Kirk for a basket.

Skyline's Collin Lockard is fouled as he hits a basket in the fourth quarter against Spring Garden.

Skyline's Dawson Wynn gets past Spring Garden defender Weston Kirk for a basket.

The second-winningest season in Skyline boys basketball history ended with a tough defeat.

“I hate it for these boys,” said Skyline coach Ronnie McCarver, whose 10-player roster featured nine seniors. “It’s a great bunch of kids, do everything you want them to do. Couldn’t ask for better.”

The loss was Skyline’s first this season against a Class 1A team.

The Vikings played a large portion of the game without leading scorer Collin Lockard, who was saddled with three fouls in the first half before picking up his fourth foul early in the third quarter and played 18 just minutes in the game. All of Lockard’s fouls came on the offensive end. McCarver said the game was too physical.

“It was basically wrestling (in the post),” he said. “They were physical with (Lockard), but he couldn’t be physical back. You just can’t have a post player anymore. They’re no longer involved in basketball.”

Lockard returned to the lineup to start the fourth quarter and scored five straight points for the Vikings, and after a Jaxen White trey, Lockard scored inside again to give the Vikings a 44-39 lead with 5:39 remaining. But Spring Garden eventually tied it on a trey by Cooper Austin with 3:09 left to play and took a 47-45 lead on Austin’s jumper with 1:10 remaining. Skyline cut the deficit to 47-46 after a Lockard free throw with 38 seconds left, but Weston Kirk countered with a free throw on Spring Garden’s next possession.

Skyline missed a 3-pointer and then a putback on its next possession, and Austin hit a free throw with 6 seconds left to give Spring Garden a three-point lead. Skyline had a 3-pointer rim out at the buzzer.

Weston finished with 21 points and Austin added 15 for Spring Garden, which plays Jacksonville Christian in the regional final on Monday.