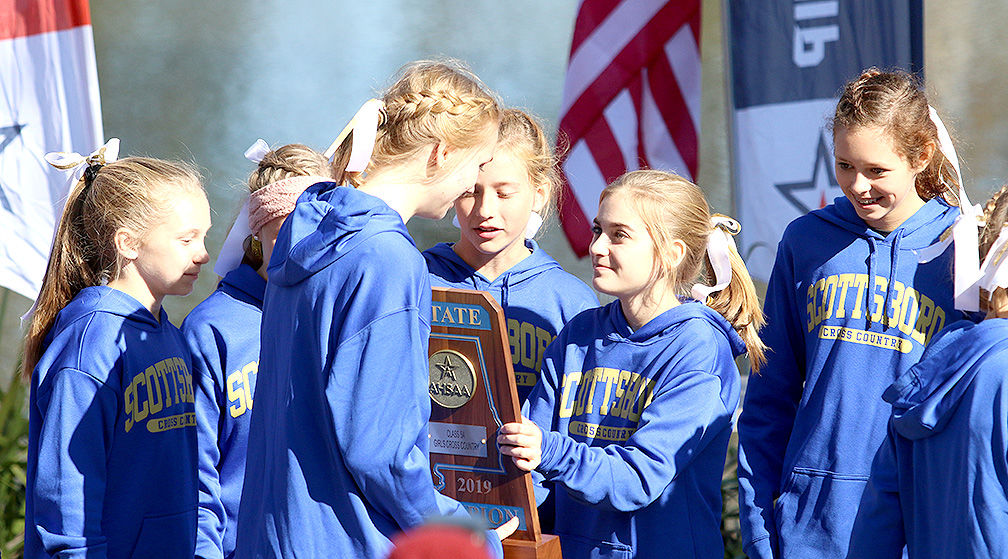 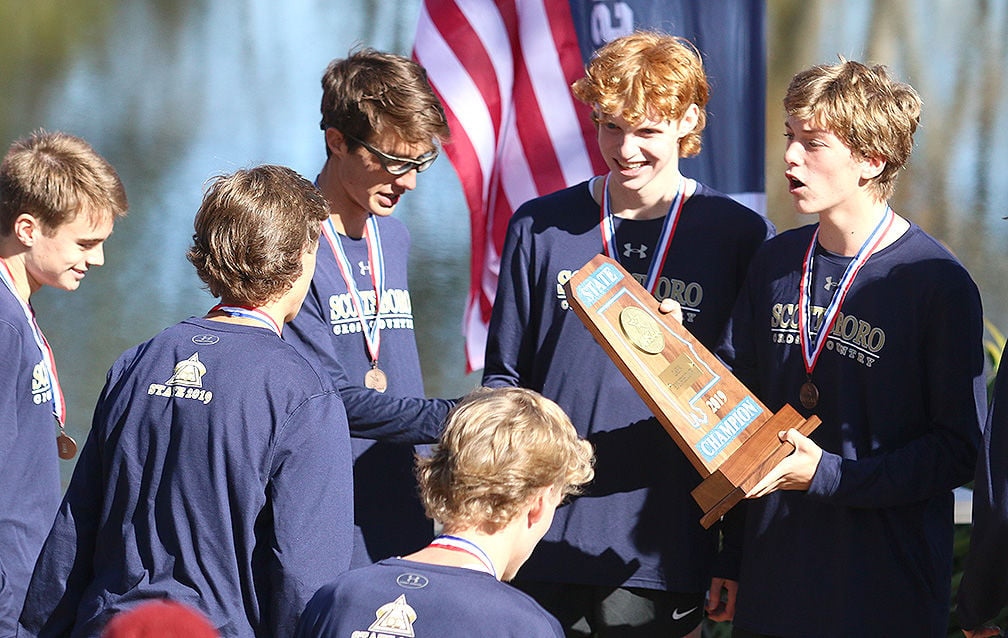 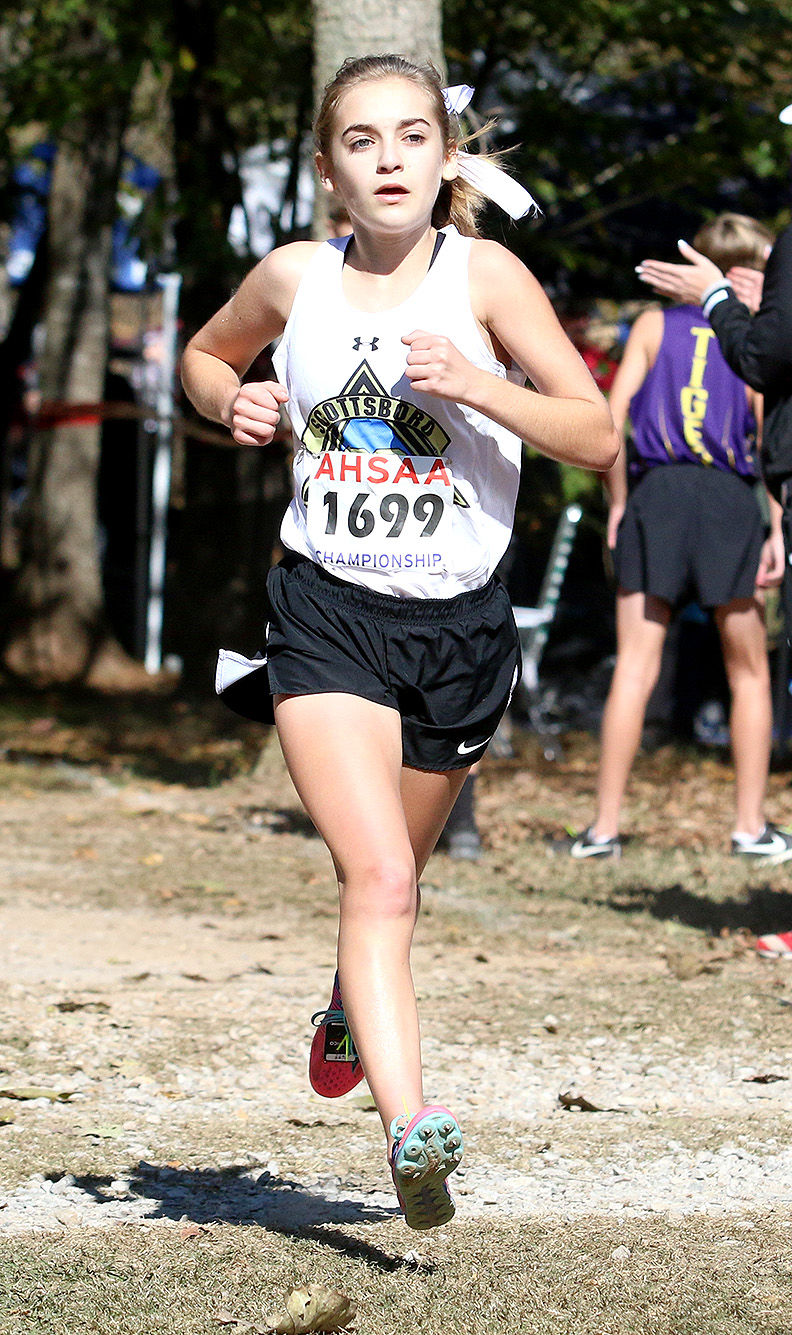 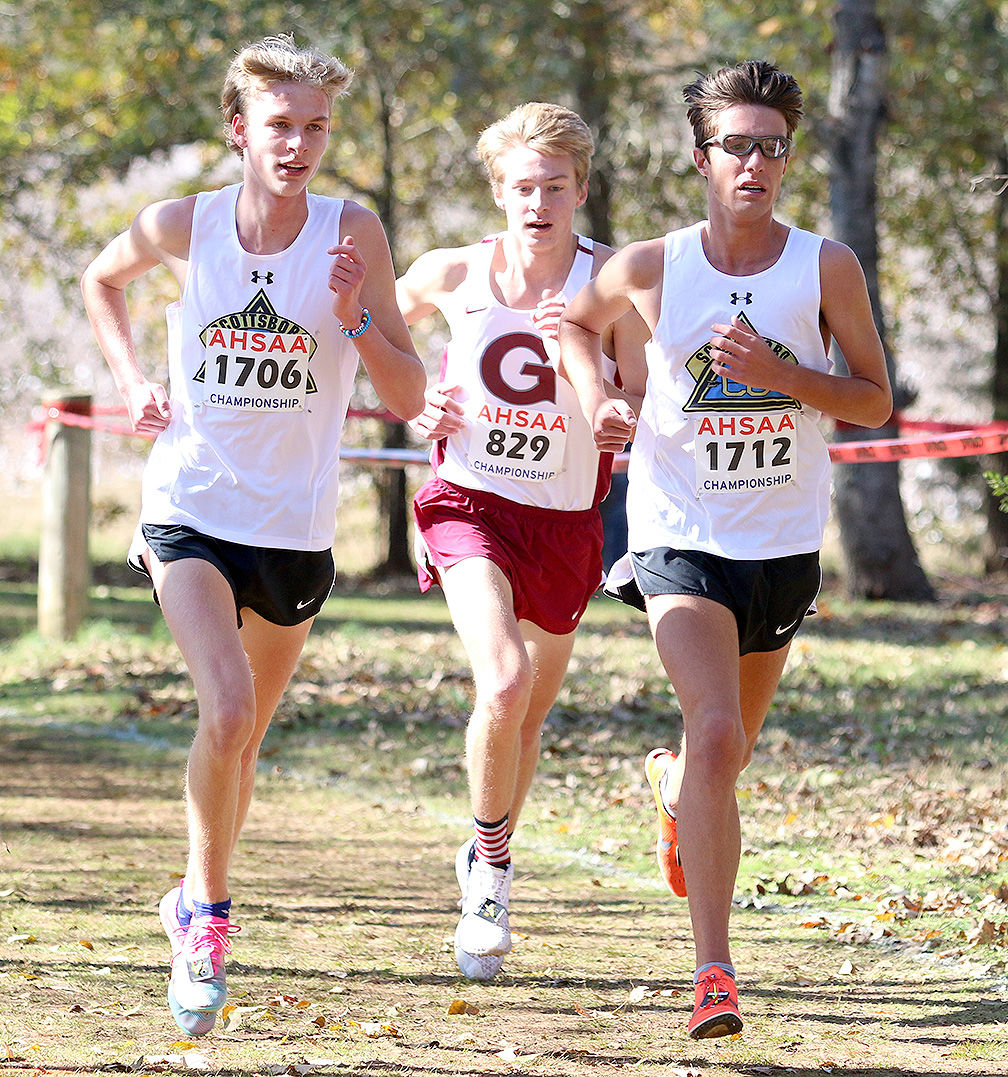 The Scottsboro cross country teams took their usual spot under the tree that is built in to the Oakville Indian Mounds Park’s amphitheater.

It was time for the Class 5A awards ceremony, and both Scottsboro teams knew the drill.

The Scottsboro girls went first and then the boys, receiving the state championship trophies for the third and fourth straight seasons respectively during AHSAA Cross Country Championships on Saturday.

As expected, Scottsboro dominated the Class 5A boys race.

“The boys just ran a great race,” Robinson said. “More than half our in team in the top 10, and a lot of them (make) all-state. It’s exiting. We came here and did our job.”

After finishing third in each of the past two seasons, Atkins won the individual state title with a time of 15:50.16. His kick near the finish line allowed him to edge Tallassee’s Woodrow Dean (15:51.85) for the gold medal.

“I thought it was going to be a little faster race. It turned out to be strategic. I just struck with it to the end — I have a pretty good kick — that’s what I like to do,” Atkins said. “My freshmen and sophomore years I (finished) third. I just wanted to prove myself this year and go for the gold.”

“We’ve always been a team about tradition and running for each other and that shows,” Atkins said. “We came out here and got it done. We want to get another one next year.”

Scottsboro is now tied with Mountain Brook for the most girls state cross country championships in AHSAA history with 23.

“The girls, that first mile, I was worried a little bit because they came out pushing (the pace),” Robinson said. “But they held on. Mile 1, we had five (runners) in front of (Lawrence County’s) second (runner), and we just held it. A lot of girls stepped up. Gracey Coley lost her shoe with like 1500 meters to go and still PR’d with no shoe. Just a great effort from our girls.”

Both Scottsboro teams had only one senior each running on Saturday — Carlson for the girls and Ben Gossett for the boys —  meaning both teams will have prime opportunities to continue their title reigns next season.