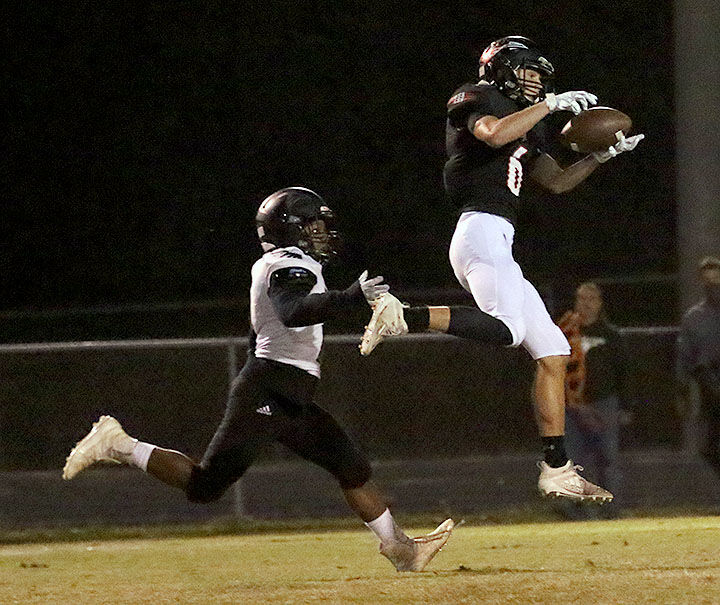 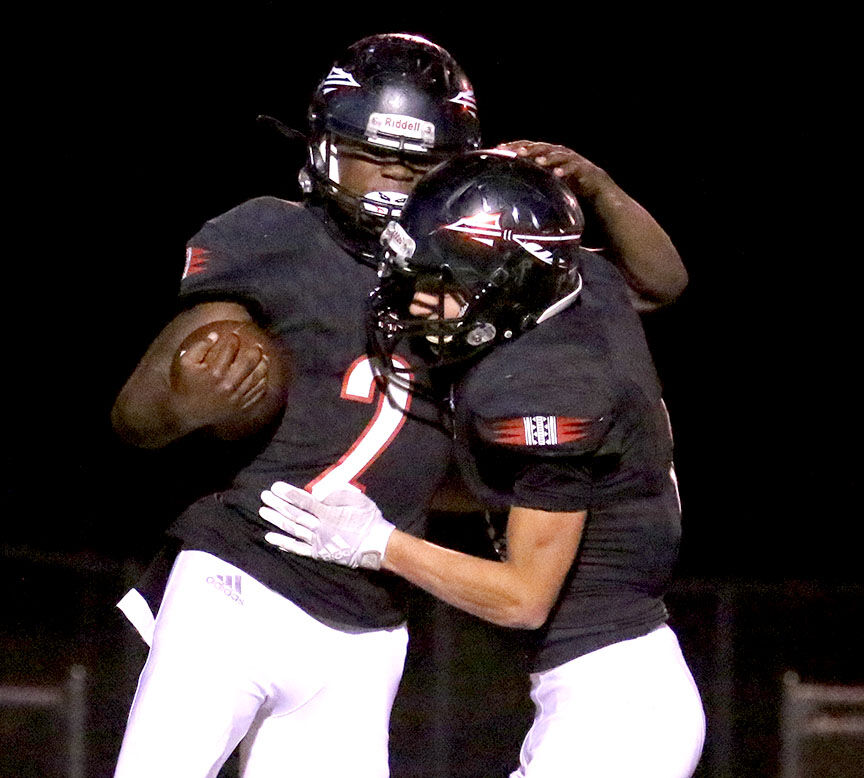 With 2:51 left in the game, North Jackson forced a punt and got the ball close to midfield. On the first play of the drive, Nigel Lanier took the snap and started running left.

At the last minute, he pulled up and hit a wide-open Brady Cunningham who ran into the end zone for what proved to be the game winning score in a 25-21 victory over Class 4A Region 7 foe St. John Paul II Friday at R.D. Hicks Stadium in Stevenson.

“We just called it in the huddle,” said Tygard. “We had been running corners all night, and we ran a corner post (on that play). We faked counter and pulled three guys, and it’s a hard play on defense. It was a heck of a throw by Nigel.”

“We put our five biggest guys on the defensive line,” said Tygard. “They followed the Scottsboro plan exactly, and they were hurting us up front. We adjusted to it. Coach (Jamal) Bess did a great job drawing it up.”

Cade Reed and Preston Miller each recovered a fumble for North Jackson. Kilan Summers also made a big interception midway through the fourth quarter.