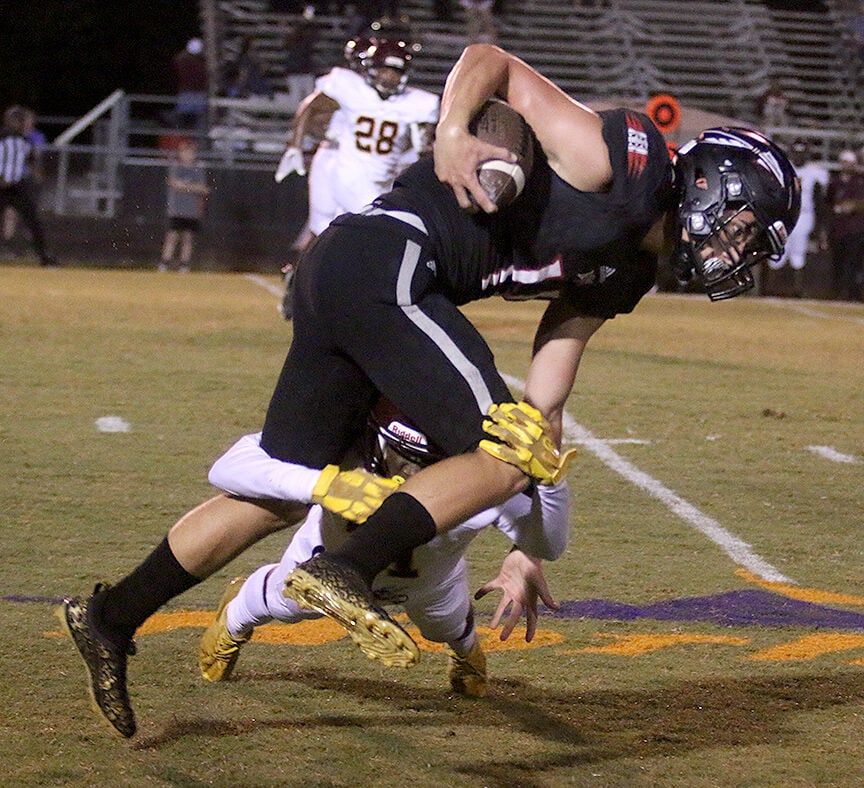 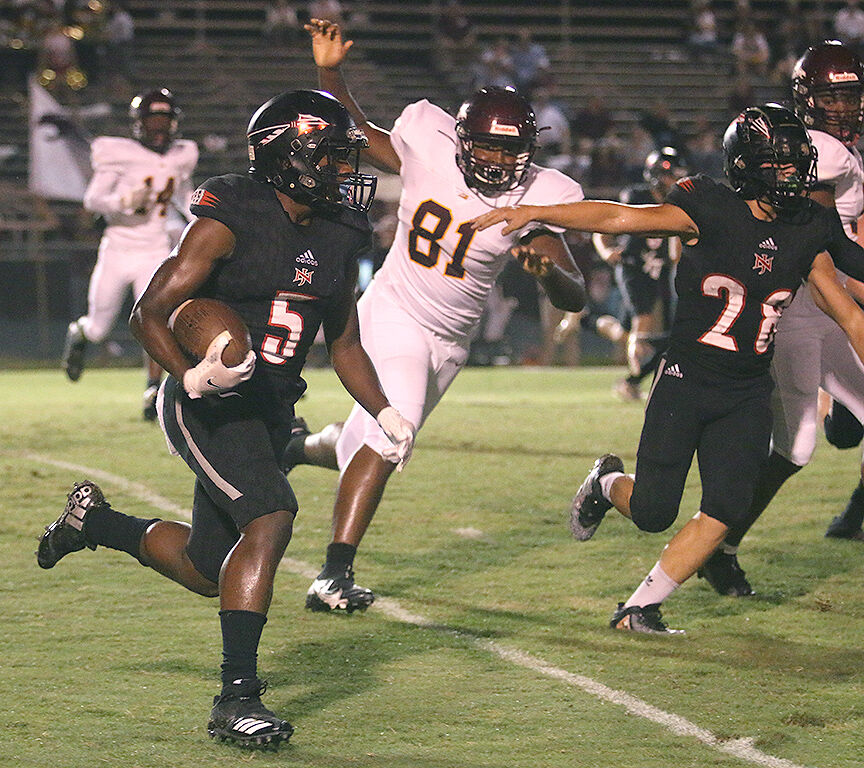 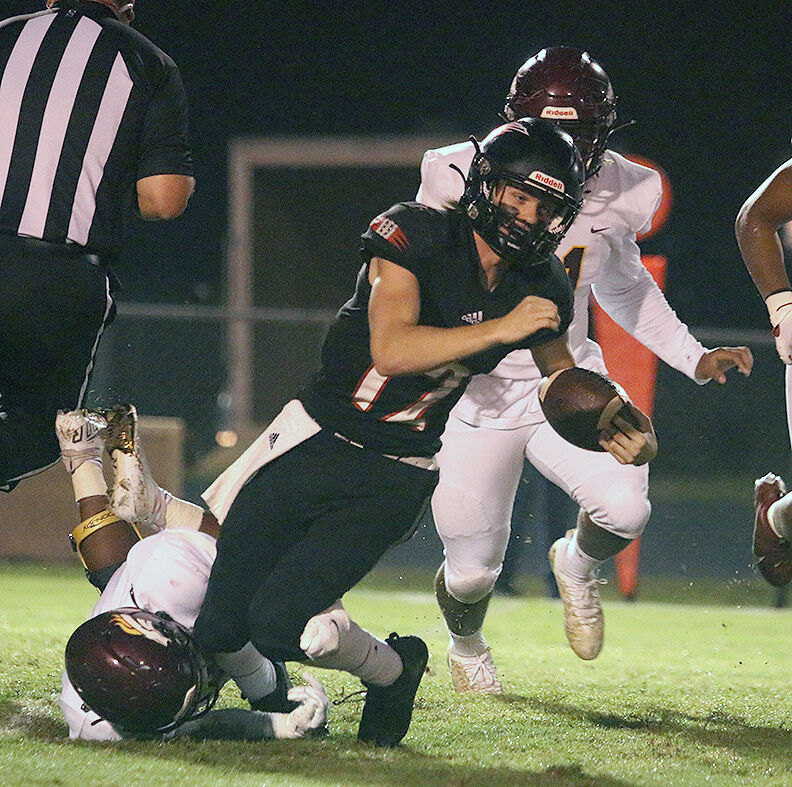 North Jackson quarterback Dalton Morris is brought down after scrambling for yardage against Class 4A No. 2-ranked Madison Academy Friday night.

North Jackson quarterback Dalton Morris is brought down after scrambling for yardage against Class 4A No. 2-ranked Madison Academy Friday night.

After jumping out to big early leads in two previous region wins, North Jackson had the tables turned on it by Class 4A’s No. 2-ranked team.

Madison Academy jumped out to a 19-0 first-quarter lead on the way to defeating the Chiefs 33-0 in a Class 4A Region 7 matchup Friday night at R.D. Hicks Stadium in Stevenson.

The Mustangs went up 12-0 on a safety when North Jackson (2-2, 2-1) snapped the ball out of the end zone on a punt attempt, then turned the short-field position after the free kick into a 32-yard touchdown from Stokes for a 19-0 lead.

North Jackson was held to 164 total yards, including 84 rushing yards on 34 carries. Dalton Morris led the Chiefs with 33 yards while Myron Walton had 29. Morris finished 14-of-25 passing for 80 yards, with Nick Jernigan catching six passes for 45 yards.

North Jackson steps out of region play to host South Pittsburg (Tennessee) next week in the final game of a four-game homestand. It’s the first ever meeting between the state-line neighbors.