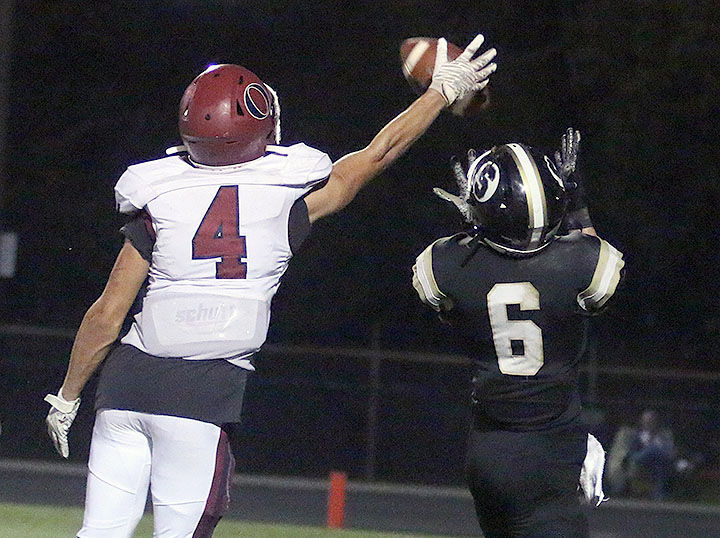 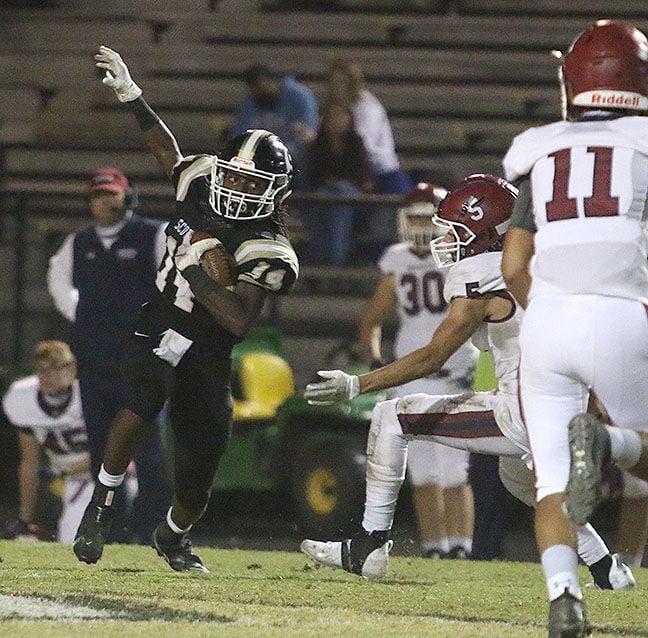 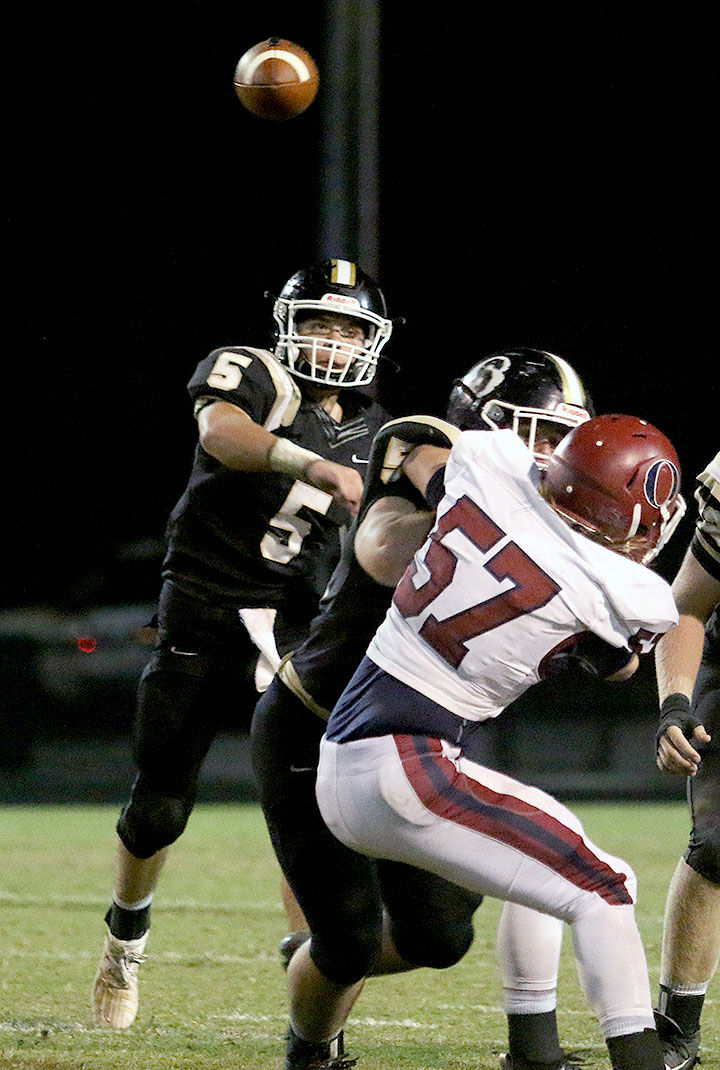 Gavin McCrary was responsible for three touchdowns (one passing and two rushing) in his first start at quarterback for Scottsboro.

Gavin McCrary was responsible for three touchdowns (one passing and two rushing) in his first start at quarterback for Scottsboro.

Visiting Oneonta turned a blocked punt and a fumble recovery into a pair of touchdowns early in the third quarter en route to defeating Scottsboro 35-21 at Trammell Stadium.

Big Oneonta plays and Scottsboro miscues proved too much for the Wildcats to overcome, said Jacobs, who was Oneonta’s coach for seven years and won a state title with the Redskins in 2014.

With the game tied 14-all early in the third quarter, Oneonta regained the lead on Moon’s 21-yard touchdown run, which came three plays after the Redskins blocked a Scottsboro punt. The Wildcats then fumbled on their next offensive play, leading to Luke Hodge’s 1-yard touchdown pass from Connor Faust seven plays later that gave Oneonta a 28-14 lead midway through the third quarter.

“The blocked punt, anytime you’ve got a blocked kick in any situation, that right there is a momentum turner,” Jacobs said. “(Oneonta) got the ball and take it in and score right off the bat…then we fumbled it right back and then (Oneonta is) back in the end zone. When you don’t execute, that’s the result you get.”

Faust finished 11-of-19 passing for 159 yards and two touchdowns while Buse caught three passes for 79 yards for Class 4A Oneonta, which has won five straight games. Moon ran for 236 yards and three touchdowns on 22 carries.

McCrary, who previously played receiver/running back,  finished 7-of-13 passing for 111 yards for Scottsboro — B.J. Harris caught four passes for 63 yards — while also rushing for 111 yards on 14 carries in his first career start at quarterback. Jacobs praised the performance of the junior, who he anticipates being behind center going forward.

“Jacob’s out. I’d love to say he’s going to be back next week, but I don’t know exactly what the doctor’s going to say and how he’s going to react to treatment,” Jacobs said. “Right now, it’s (Gavin’s) team going forward. Gavin played good. He’s been quarterback for four days. He played his heart out. I thought he did some good things.”

Scottsboro returns to Class 6A Region 7 play next week at home against Southside before closing region play at Pell City on Oct. 23.

Hopefully we can rebound, get something started and make the playoffs,” Jacobs said.