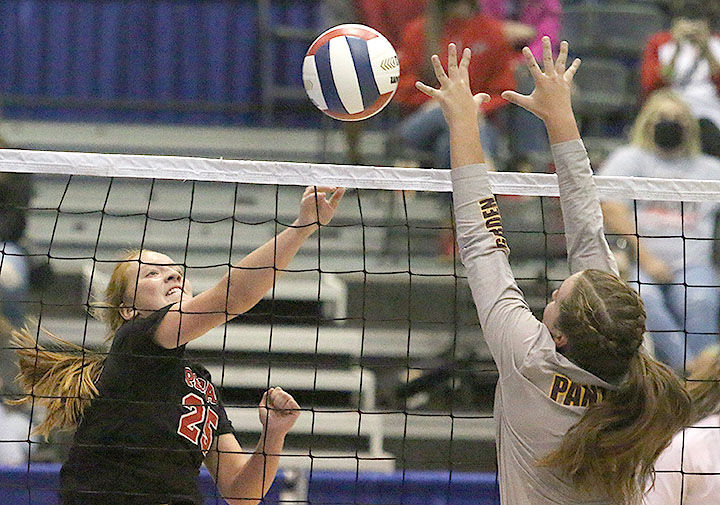 Karlee Holcomb punches the ball over the net to keep a point alive during Pisgah's Class 2A North Super Regional match with Spring Garden. 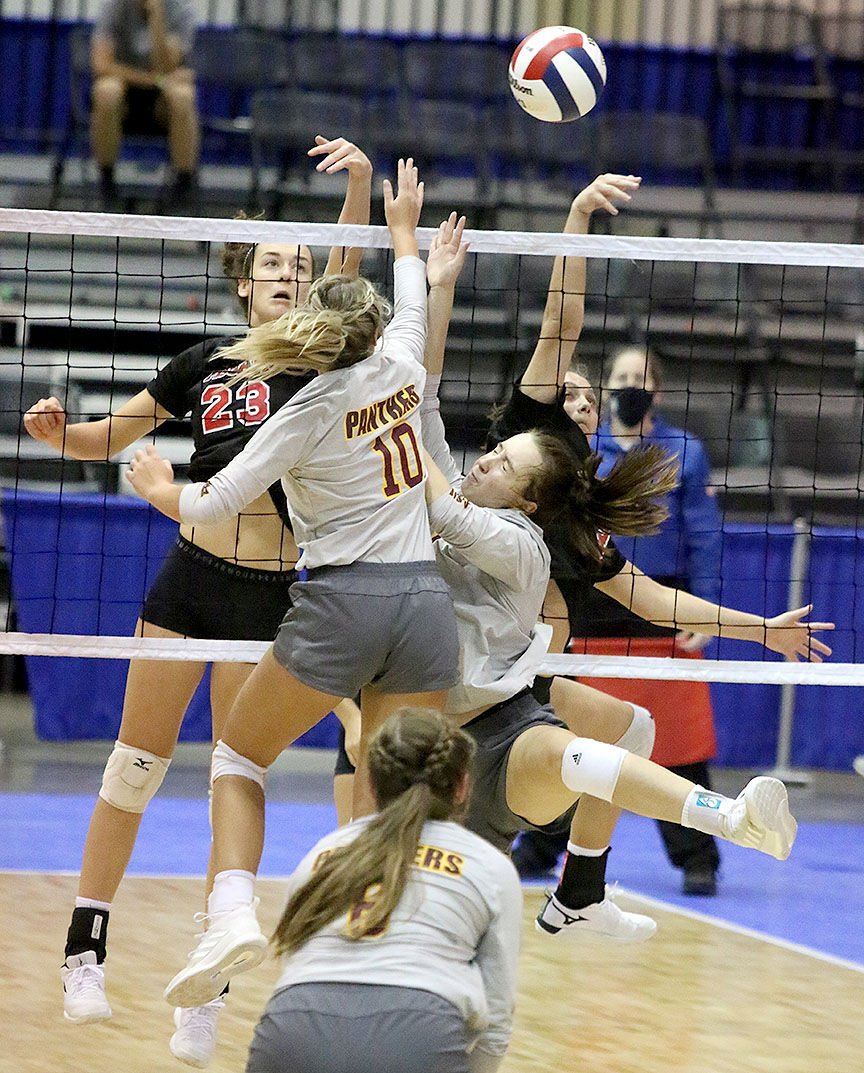 Pisgah’s Molly Heard (23) and Amber Shrader (back right) block Spring Garden’s attempt to tip the ball over the net during the teams’ Class 2A North Super Regional match. 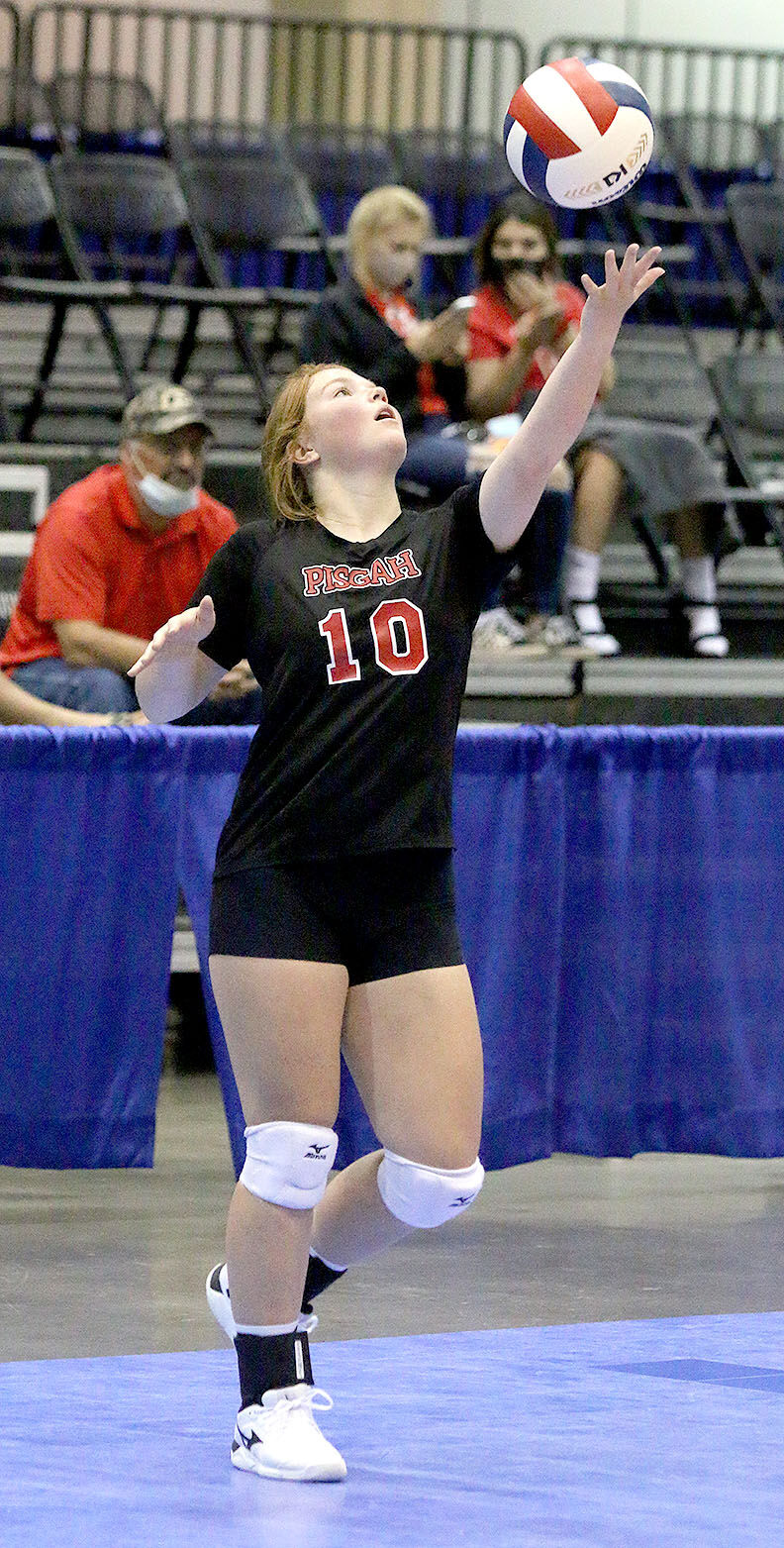 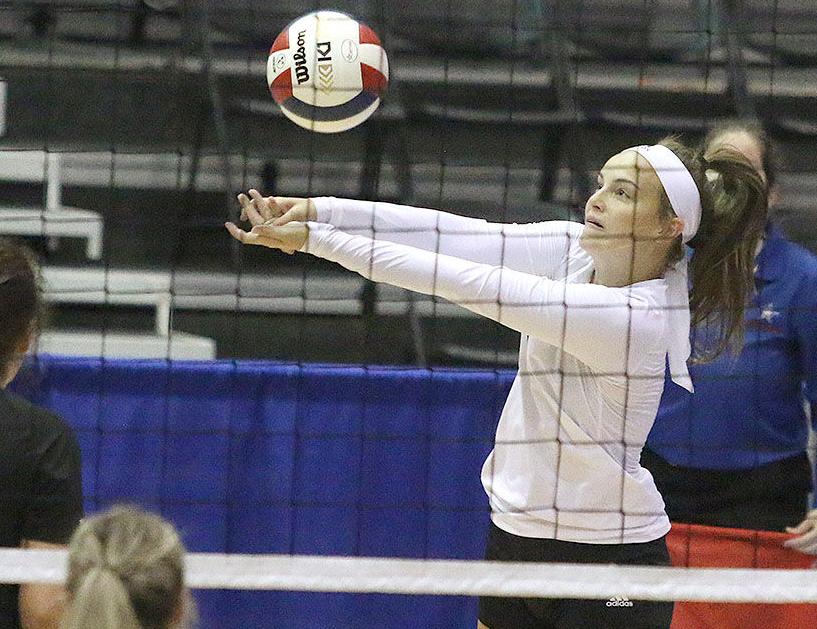 Hannah Duncan digs a Spring Garden serve during Pisgah's quarterfinal match at the Class 2A North Super Regional in Huntsville.

Karlee Holcomb punches the ball over the net to keep a point alive during Pisgah's Class 2A North Super Regional match with Spring Garden.

Pisgah’s Molly Heard (23) and Amber Shrader (back right) block Spring Garden’s attempt to tip the ball over the net during the teams’ Class 2A North Super Regional match.

Hannah Duncan digs a Spring Garden serve during Pisgah's quarterfinal match at the Class 2A North Super Regional in Huntsville.

The best season in Pisgah volleyball history fell just short of getting even better.

Pisgah finished one win shy of the program’s first state tournament appearance after falling to No. 4-ranked Spring Garden three games to one in the quarterfinals of the Class 2A North Super Regional at the Von Braun Center’s South Hall in Huntsville on Wednesday.

“Overall, I was pleased with our performance. We made some mistakes at times that cost us and I feel that that simply comes from the atmosphere and playing under pressure,” said Pisgah head coach Chrystal Heard. “That is something that these girls were not used to in this sport.. Only a few have played at the VBCC before and its  completely different than playing in a gym. All those things play a role.”

The Eagles built an early 9-5 lead in the first set before Spring Garden tied the set at 16-all. Pisgah scored five straight points, however, before going on to win 25-22. Pisgah fell behind 15-8 in the second set, and after the Eagles rallied to within 19-18, Spring Garden scored the final six points to tie the match. In the third set, Pisgah rallied to tie the game at 20-all on Bella Bobo’s ace and then took the lead on Karlee Holcomb’s kill. But Spring Garden rallied to win 25-22 the fourth set. In the fifth set, the score went back and forth before Spring Garden built a 24-19 lead. Pisgah then scored four straight points to threaten a comeback, but the Panthers got the winning point to avoid the fifth set and win the match.

Molly Heard finished with 25 kills, 10 blocks and one ace for Pisgah while Ashley Shrader had four kills and two blocks and Holcomb had two kills and one block. The Eagles also got one ace and one block from Bobo, two blocks from Emma Ellison, one kill from Amber Shrader and two aces from Hannah Duncan.

Spring Garden, which clinched a state tournament berth with the, was swept by No. 2-ranked Addison in the semifinals before defeating Hatton 3-2 in the third-place match.

“This season has been a huge step forward for Pisgah Volleyball,” Chrystal Heard said. “Making it to the (quarterfinals) of super regionals and being one win away from playing at state isn’t something any of the players, or myself thought about at the beginning of the season. It is definitely something we all will be thinking about at the beginning of next year, I promise!!  Reaching this point in the postseason makes players and teams set goals for the next season, and that is what we are already doing.”

“I lose three seniors — three good seniors. They are all great athletes and great teammates that will be greatly missed,” she said. “I have several good players returning. Molly Heard and Karlee Holcomb will be seniors. They’ve played for six years and should be able to lead well. I will have several juniors and sophomores as well. When you get to looking at our seventh-ninth grades, Pisgah Volleyball is definitely on the uphill climb. I am very excited about the future of Pisgah Volleyball.”