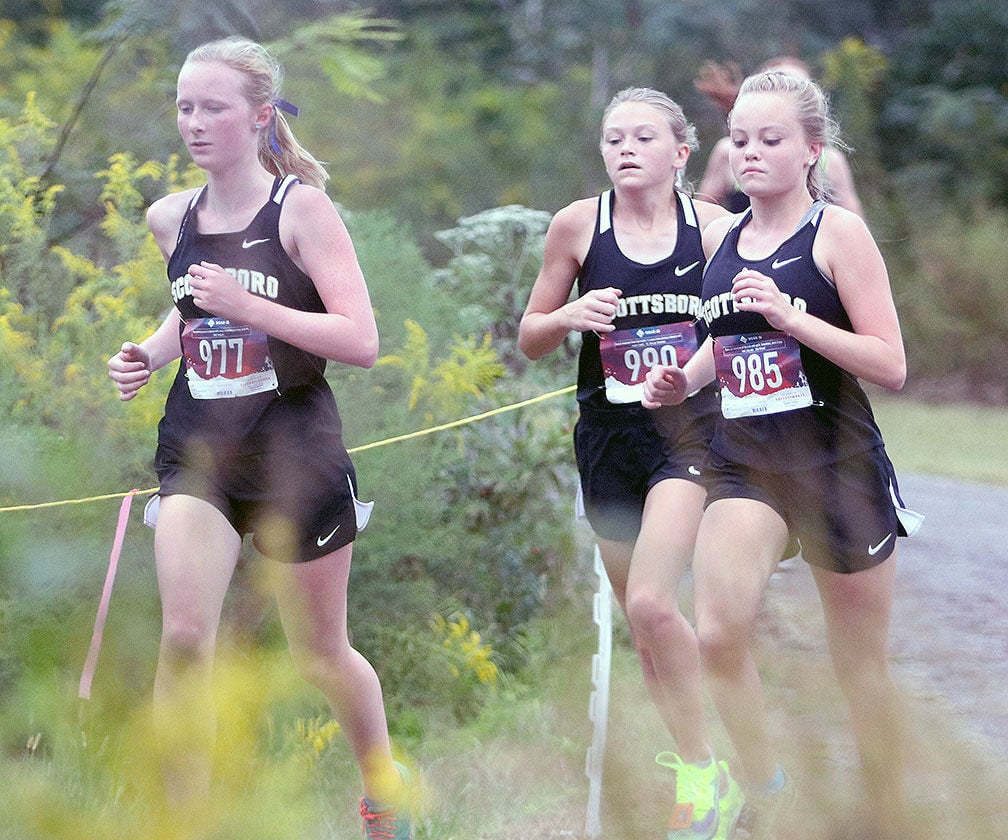 Scottsboro runners (from left) Smith Bradford, Mia Martin and Makenna Howes will try to help the Wildcats win a sectional title on Thursday. 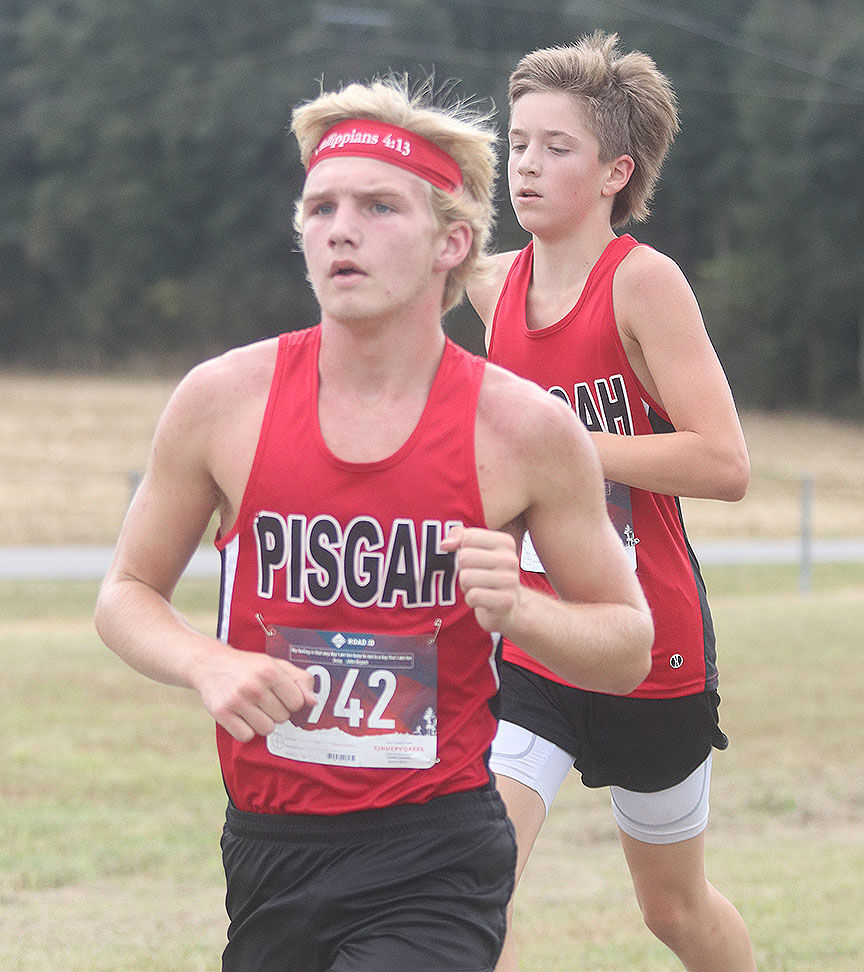 Scottsboro runners (from left) Smith Bradford, Mia Martin and Makenna Howes will try to help the Wildcats win a sectional title on Thursday.

The Scottsboro cross country teams have for years followed a the same path — start the postseason by hosting sectionals before going on to state.

But 2020, a year of so many differences, has seen that path changed, as Scottsboro won’t host a sectional for the first time since the AHSAA instituted the current sectional meet into cross country’s postseason format in 2000.

Instead, Scottsboro will run in the Class 6A Section 6 Meet at John Hunt Park in Huntsville on Thursday.

Scottsboro head coach Luke Robinson said not hosting the meet seems “strange” but added his runners are “ready to go” regardless of the site.

The Class 6A Section 6 boys 5K race is set for Thursday at 10:10 a.m. while the girls race starts at 10:55 a.m. The top four teams and the top six individual finishers not on the section roster of a top-four team qualify to run in the AHSAA State Cross Country Championships on Nov. 14 at Oakville Indian Mounds Park and Museum near Moulton.

Scottsboro raced at the John Hunt Park course earlier this season in the Southern Showcase.

Scottsboro, which moved up to Class 6A this year after winning four straight 5A boys state titles and three straight 5A girls titles, competes in a 6A sectional against Athens, Buckhorn, Columbia, Decatur, Hartselle, Hazel Green, Muscle Shoals and Randolph, a 4A private school that is in 6A because of competitive balance.

Teams may enter on 10 runners for sectionals, which makes for a tough decision for Scottsboro’s teams, Robinson said.

“We are blessed with so many good runners here at Scottsboro, that if they were at other schools, other 6A schools, would be Top 7 or better, that here, are 11th or 12th,” Robinson said. “I hate that they don’t get to (run).”

After competing in Class 3A since starting its program in 20__, Pisgah finds itself in 2A this season.

“With the strong competition in our sectionals and us being the new kids in this (Class 1A-2A) sectional, we have to come out and compete with a great race. We ran the (course in the Southern Showcase)  early in the season. We performed well there. It is a fast course, but we all run the same course. We have to run a smart race and do the little thing we have been working on,” said Pisgah head coach Gus Hembree said. “On the girls side, Ider is the team to beat. Coach Bryant has gotten his kids to buy in and they are strong. We've gone head to head several times this season and they have come out on top. On the boys side, Lindsey Lane has a new coach this season and he has them clicking. Athens Bible and Sand Rock will be tough contenders as well.”

Skyline will have some individual runners race in the girls race but will have a full team for the boys race, and qualifying for state would be a big boost for the young Vikings, head coach Rhonda Saint said.

“We have a pretty strong sectional this year. It’s looking like the teams to beat are going to be Pisgah, Lindsay Lane, and Athens Bible for sure. I think the No. 4 spot is up for grabs. I would love to see my boys come home with that state qualifying spot,” Saint said. “They have the ability and the desire to do it! Sectionals is one of those races where you can look at virtual races all day long, but you never know what is going to happen until the gun goes off. I tell my kids every day we are showing up to win it all. Expect the best and work hard to get it. They have trained hard, they are seeing their hard work pay off, and they are extremely motivated after yesterday’s race! They have made tremendous improvement from the beginning of the season until now.”

Class 4A — North Jackson is the lone local team that will go elsewhere than John Hunt Park for its sectional.

The Chiefs will run in the Class 4A Section 2 Meet at the White Plains Sports Complex at White Plains High School near Anniston. The Class 4A girls 5K race is set for 10 a.m. with the 4A boys race to follow at 10:30 a.m.