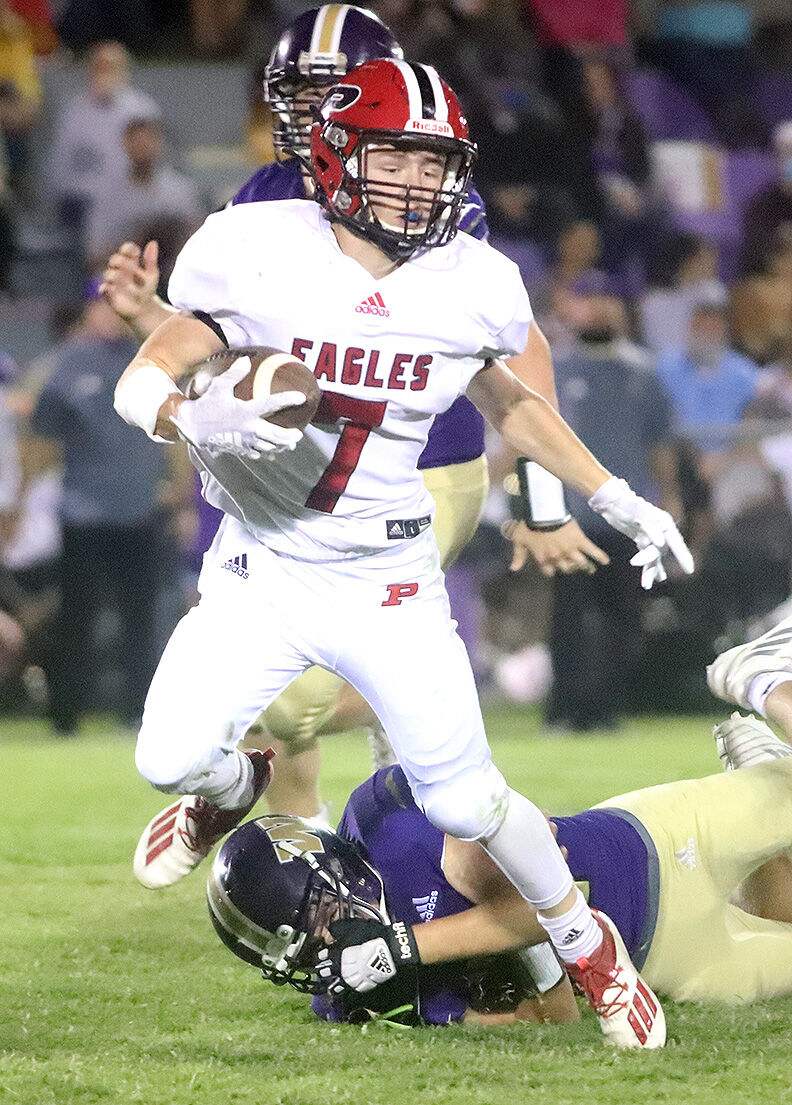 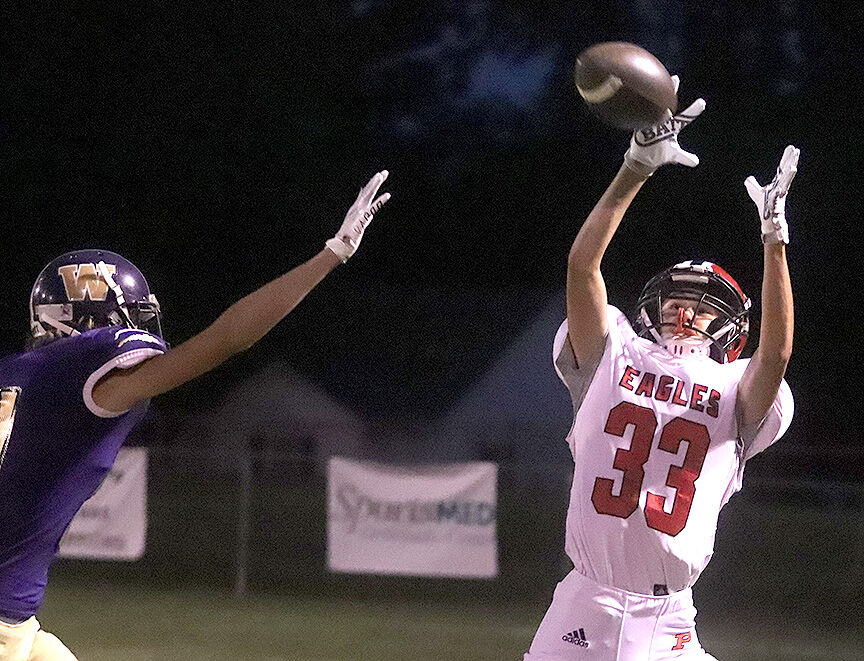 The young ones grew up Friday night. And got a taste of victory the dramatic way.

The Pisgah Eagles battled through a deficit most of the night and overcame adversity late to pull out a thrilling 42-40 double overtime win over Whitesburg Christian Academy in Gurley.

In the second overtime, the Eagles fought back from a holding penalty, followed by a 15-yard penalty against head coach Luke Pruitt. After a Warrior pass interference call, Pisgah freshman Fox Tinker ran for six yards, and then scored his third touchdown of the night on a seven-yard run. Freshman quarterback Mason Holcomb connected with freshman Grant Smith for two points, putting Pisgah up 42-34.

Whitesburg scored in two plays, but a two-point conversion pass fell short, giving the Eagles their first win of the season. Pisgah is 1-3, but more importantly, 1-1 in Class 2A, Region 7 play.

“We grew up a little bit tonight,” said Pruitt. “They overcame my stupidity. I am proud of our kids. They just kept fighting.”

Whitesburg jumped ahead in the first quarter and maintained the lead until late in the fourth quarter, behind quarterback Jordan Harper, who threw for 263 yards and four touchdowns on the night.

“They big played us a couple of times,” said Pruitt. “But we kept playing.”

Harper got the wild scoring night started, connecting with Seth Stewart for a 61-yard touchdown late in the first quarter.

From there, it became a scoring fest as neither defense could stop the offense.

Tinker scored his first touchdown, on a two-yard run, and John Burke kicked the PAT to tie the game at 7-7 with 10:52 left in the second quarter.

The Warriors regained the lead, driving 63 yards, capped by hook and lateral, from Harper to Benjamin Cox to Stewart for a 28-yard touchdown, making it 14-7.

Pisgah tied the game before halftime, marching 80 yards in 13 plays. Tinker capped the drive with a six-yard run with :28 left in the half. Burke’s PAT made it 14-14.

The second half was more of the same as Whitesburg drove 60 yards on its opening possession of the second half. Harper connected with Sam Barnes for a 13-yard score to make it 21-14 with 9:49 left in the third quarter.

Both teams traded punts throughout the third quarter before Pisgah’s Tanner Higdon recovered a fumble at the Warrior 44. Holcomb connected with Smith for a 27-yard pass and, three plays later, Tinker scored on an eight-yard run. The PAT failed, leaving Pisgah down 21-20 with 1:02 left in the quarter.

The Warriors drove to the Pisgah 10-yard line, but aided by two penalties, the Eagles defense stood up and gave its offense back the ball at its own 41.

Ten plays later, Holcomb took the snap, stumbled, dropped the ball, regained his momentum and scored on a three-yard run. The freshman connected with sophomore Levi Arnold on a two-point conversion, giving his team a 28-21 lead with 3:02 left in regulation.

Whitesburg answered, driving 60 yards. Harper connected with Cox on a five-yard touchdown to tie the game at 28-28, setting up overtime.

In the first overtime, Whitesburg scored first when Harper found Stewart on a 10-yard touchdown pass on the first play. The Warriors missed the PAT, leaving the score 34-28.

Pisgah answered as Holcomb connected with Arnold for a 10-yard score. The PAT, however, was blocked, setting up the dramatic second overtime.

For Whitesburg, Harper completed 20-of-25 passes for 276 yards and four touchdowns. Stewart caught 12 passes for 183 yards and three touchdowns, while Cox had 69 yards and a score on six receptions. Whitesburg gained 353 yards on 56 plays.