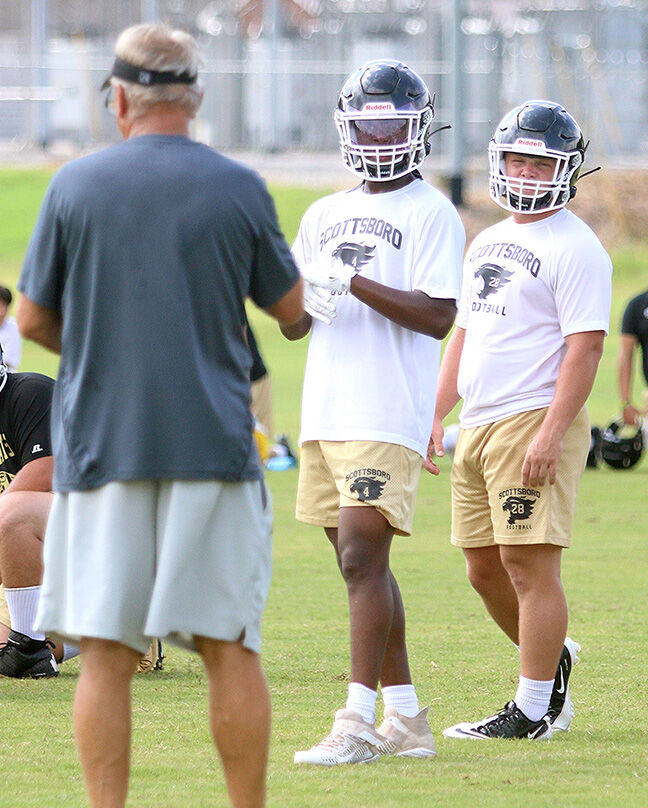 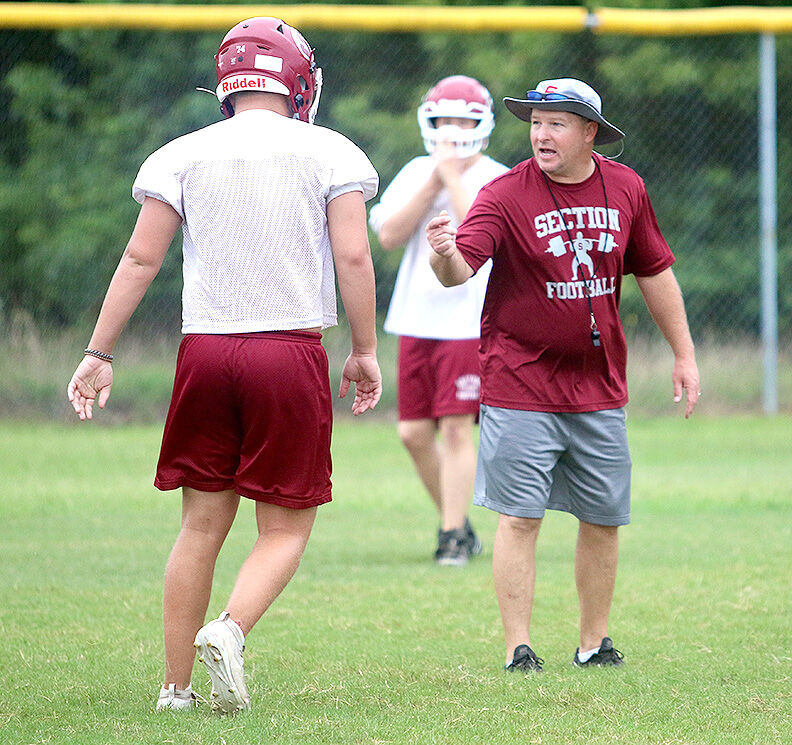 An early morning haze hung in the sky, but it mattered not to the Section football team.

The Lions were too busy going through defensive alignments to notice, getting ready for a high school football season that will be like no other.

COVID-19 (coronavirus) hangs over high school football and all prep sports, threatening traditions that fans have long become accustomed to. The threat of sports being shut down again, as was the case in March, lingers. But it’s something players and coaches can’t dwell on, said Section head coach Chris Hammon.

“In the back of your mind, you think what’s going to happen if you have to shut down, or if some of your kids get sick,” Hammon said. “Really you can’t worry about it. You’ve got to prepare. We take the precautions. We’re doing what we can do. We’re going to come out there every day and prepare to play.”

The AHSAA recently released its “Best Practices” guidelines, which laid the groundwork for high school sports to start on time this fall.

While COVID-19 presents challenges and has led to changes to traditional methods and practices, coaches said they and their players are willing to do what is required of them in order for the season to be played.

The head coaches of all six Jackson County football teams praised their players for the way they’ve adapted to the measures put in place regarding COVID-19.

“If this is what we have to do to have a season, we’ll do it, because we want to play,” said Scottsboro head coach Don Jacobs. “If we need to do this, we’ll do it. If we need to do that, we’ll do it. It’s different. Our first day (of summer workouts), June 8, I told the kids ‘ain’t nothing about this going to be normal.’ And I’m telling you, they’ve had a great attitude. We’ve enjoyed it. It’s been a great six weeks (of preseason workouts). When we started practice on Monday, it was like a weight lifted. Everyone was so excited. The kids have made it enjoyable because of their attitude. That attitude is going to pay off for us. It’s different, but it’s all about how you approach it. These kids have accepted that this isn’t normal, but we’re going to make the best of it.”

Official preseason football practice began on July 27. The first games in Alabama are scheduled for Aug. 20-21.

North Jackson head coach Chandler Tygard said returning to the process of getting ready to play football has been cathartic for his coaches and players.

“Honestly, this is kind of like a break from corona when we’re here. You’re back doing something normal,” he said. “ We already cleaned and did stuff like (a lot of the measures put in place). We’ve been keeping things so clean before that it hasn’t been that big of a change. The kids were used to it. We modified some of the workouts and stuff, but it hasn’t been a huge deal for us. (The players have) done a good job.”

Pisgah head coach Luke Pruitt said his players have adapted well to the guidelines and know their responsibilities in making sure they “stay healthy and get to play” this season.

“The kids are probably easier to adjust than coaches. We tend to be creatures of habit,” Pruitt joked. “But it’s been good. They’ve all been doing what they’re supposed to do.”

The challenge has been two-fold at Woodville, where a coaching change comes on top of getting ready to play during a pandemic.

“It’s not the best way to start out (a coaching transition), but we’ve made it work,” said first-year Woodville head coach Tyler Vann, who was hired in May after Jay Powell stepped down after six seasons. “It’s been challenging, but we’ve done it and the kids are getting used to it. The kids are just enjoying being out here, practicing and the getting the opportunity to play football.”

“You’ve heard that statement, play this play like it’s your last one, play this game like it’s your last one. Well that statement holds true this year,” Kirby said. “ I hope we get to finish. But we don’t know. We could be playing one day and shut down the next. The kids realize it. The coaches realize it. We’re going to take it one day at a time, enjoy being around each other every day and enjoy doing this every day. It’s the unknown of it, just like we’ve all been dealing with throughout this. The kids have showed up and worked their tails off. That would be a shame if they don’t get to reap all of the benefits from all the hard work they’ve put in. The kids realize if they want to have a season, we have to take as many preventative measures as we can take. We’re going to keep rolling till we finish or they tell us we can’t (play).”

Back at Section’s Thursday morning practice, the sound of whistles and coaches’ instructions filled the hazy air — a sign of normalcy in a non-normal time in high school football.

“We just hope everything continues,” Hammon said. “ We’re sure glad to be back playing.”