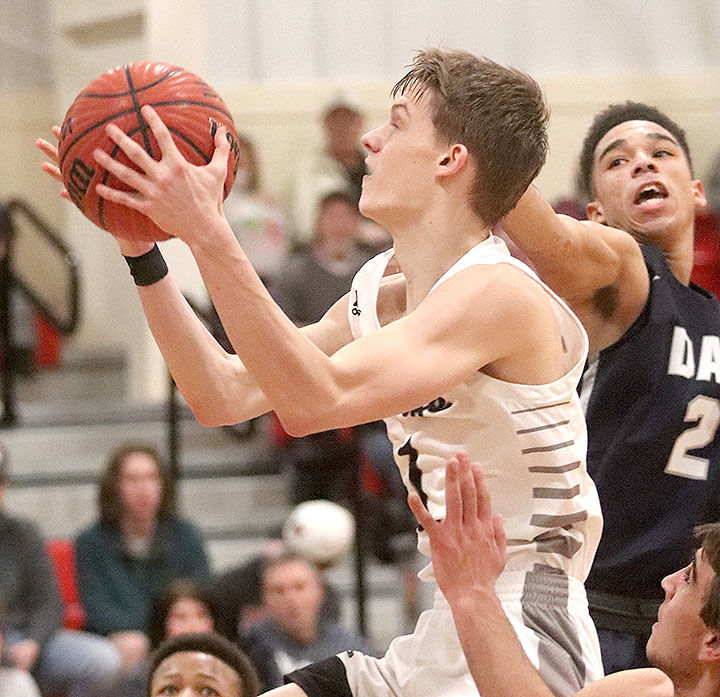 North Jackson's Eli Gill goes in for a layup as DAR's T.J. Leonard (far right) tries to affect the shot during the area finals. 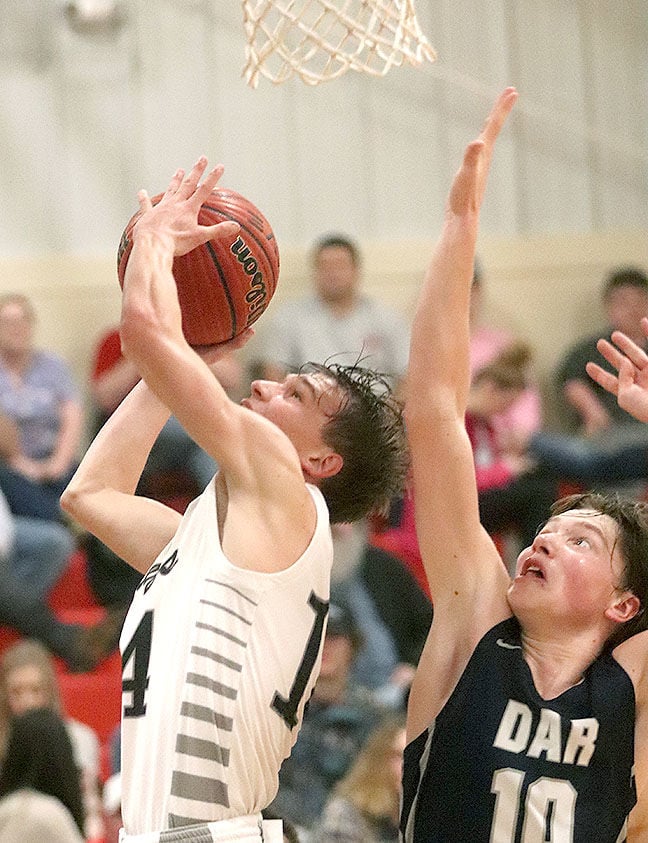 North Jackson's Eli Gill goes in for a layup as DAR's T.J. Leonard (far right) tries to affect the shot during the area finals.

The North Jackson varsity boys basketball team struggled to get anything going on offense in the Class 4A Area 14 Championship Game Thursday night.

The top-seeded Chiefs fell to second-seeded DAR by a final score of 77-59.

The loss means North Jackson (17-10) will go on the road to face the Area 12 champion, either Good Hope or Oneonta in a Class 4A Northeast Sub-regional game Tuesday at 7 p.m. DAR (16-13) hosts the Area 12 runner-up — Good Hope and Oneonta played Friday night.

Sub-regional winners advance to play Feb. 17 in the Class 4A Northeast Regional at Jacksonville State University.

Both teams struggled to make shots in the first quarter, but DAR used a 10-2 run to close out the first half with a 31-18 lead. Over the last 5:26 of the third quarter and first minute of the fourth quarter, DAR held North Jackson scoreless and went on a 13-0 run to put the game out of reach. DAR never trailed in the game and led 10-7, 31-18 and 49-26 at the quarter breaks.

North Jackson head coach Zac Barringer said his team had open shots, but they couldn’t get them to go.

“We didn’t do much wrong, we just didn’t make shots,” said Barringer. “We had open looks, but they just didn’t fall.”

Barringer said the loss won’t linger for the Chiefs.

“We’re going to be alright,” he said. “We’ve faced a lot of adversity before. We’ll be loose and our shots will fall in the sub-regional.”