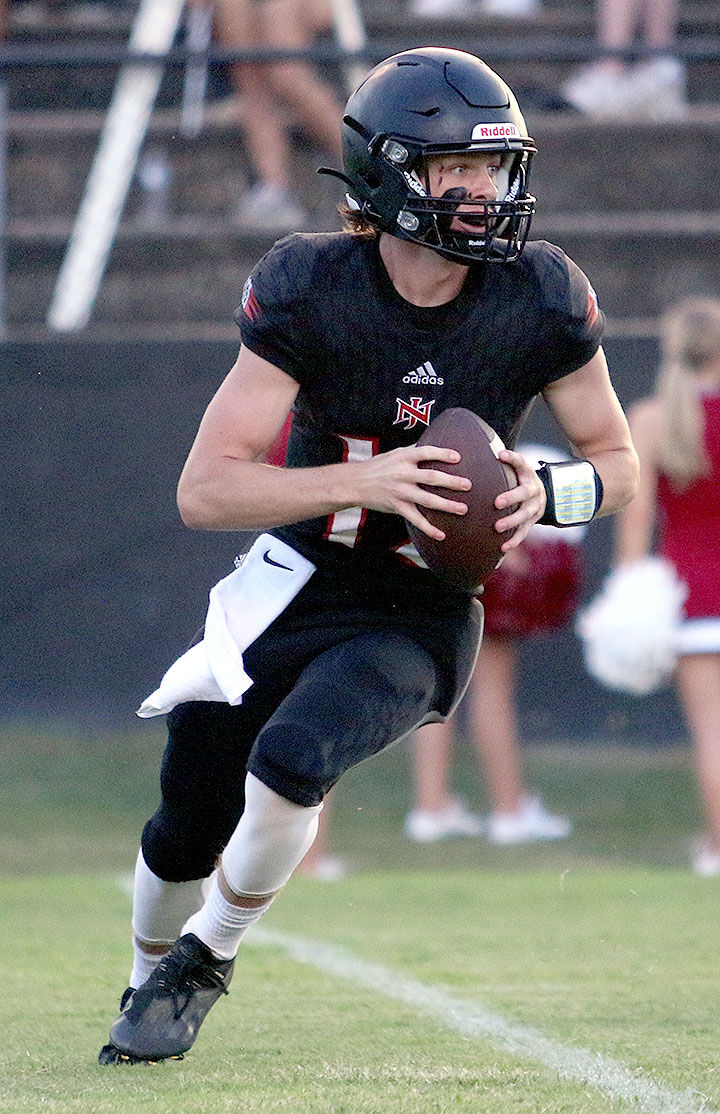 Dalton Morris and North Jackson travel to Scottsboro for the 2021 Battle of the Valley Friday night. 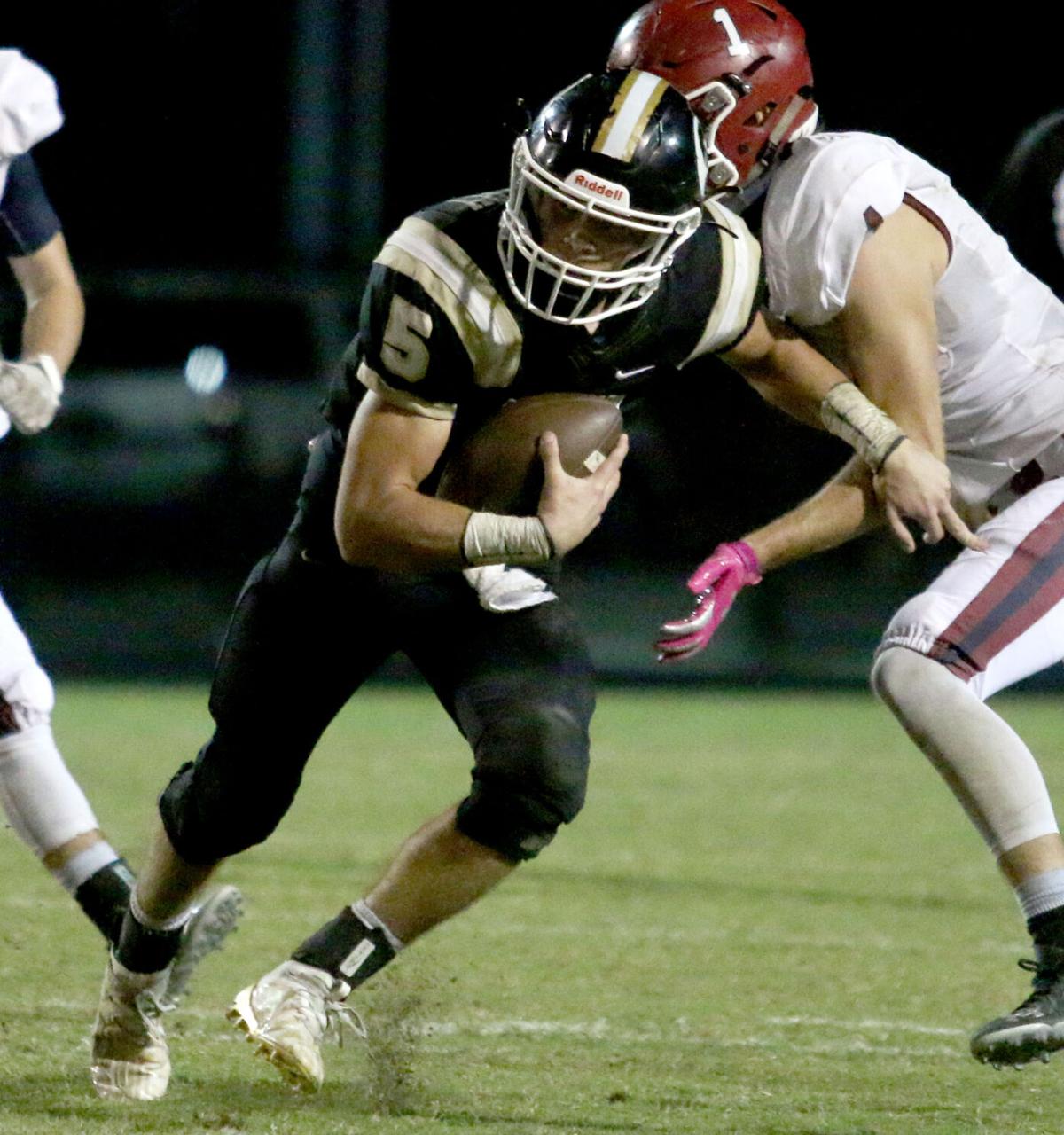 Gavin McCrary and Scottsboro host North Jackson in the 2021 Battle of the Valley Friday night.

Dalton Morris and North Jackson travel to Scottsboro for the 2021 Battle of the Valley Friday night.

Gavin McCrary and Scottsboro host North Jackson in the 2021 Battle of the Valley Friday night.

The annual Battle of the Valley rivalry showdown between Scottsboro and North Jackson has been a midseason staple on the schedule for the past 11 seasons.

But players, coaches and fans won’t have to wait till then to see the 2021 version of one of the state’s top rivalries.

North Jackson travels to Scottsboro Friday night for the 34th all-time meeting between the archrivals. Kickoff is set for 7 p.m at Trammel Stadium.

It’s the first game for Scottsboro’s Cris Bell and North Jackson’s coach Joe Hollis, Jr. as the head coach at their respective schools. It is only the second time in series history (2013) that both teams entered the annual grudge match with new head coaches.

This is also the first time the teams have played in a season opener since 2009.

Back in April, Hollis and Bell agreed to move the game from its Week 5 spot on the schedule to Week 0. The move allowed Scottsboro to have the midseason open week that Bell wanted and allowed Hollis to add another marquee game to North Jackson’s schedule against state-line neighbor South Pittsburg (Tennessee).

“I think it’s an advantage for both teams,” Hollis said. “You’ve given your team something really big to look forward to the entire summer.”

Added Bell, “I like opening with big games like this that really means something to the community. It really gives your kids something to shoot for in the summer.”

North Jackson holds a 21-12 lead in the series, which has been streaky as of late. After North Jackson won a series record nine straight games against the Wildcats from 2004-12, Scottsboro has won six of the last eight meetings, including the last two. Scottsboro has also won four straight home games against the Chiefs, whose last win over the Wildcats at Trammell Stadium came during the 2011 season.

Bell has been well-informed about the rivalry since being hired at Scottsboro in March.

“I’ve heard plenty of stories about it,” Bell said. “I know this game means an awful lot to the community. I’m anxious to experience this and see what it’s like.”

Meanwhile, Hollis is no stranger to the rivalry, having been an assistant at North Jackson since 2014.

“This is really important game for our community,” Hollis said. “They love it, our players and coaches love it. This game is circled on the schedule every year. That’s part of the pageantry of high school football. You want to play in these type of games.”

Both coaches see the matchup featuring teams of similar styles.

“It’s going to be good-old fashioned football,” Hollis said. “We’ve got mutual respect for them. They’re going to be like us, want to establish running the football and play great defense. It’s going to be one of those classic North Jackson-Scottsboro style of game.”

Scottsboro has switched to a triple-option offense that Bell has used at most stops during his coaching career, and Hollis said the Chiefs spent a lot of time this summer working on the many aspects of trying to defend that offensive attack. North Jackson’s new defensive coordinator, Kyle Crabtree, held the same role at Scottsboro the past two seasons.

Meanwhile, Bell said Scottsboro must be ready to adjust to whatever North Jackson throws its away.

“The secret is out on me and I’m sure those guys have probably done a good job of getting film on (my former Oak Mountain teams),” Bell said. “With North Jackson, we’re not sure what they may do because this is (Hollis’) first head coaching job. But I’m familiar with his dad (former college coach Joe Hollis, Sr.) and I figure he’s got some of that same old-school mentality. He’s talked about returning them to old North Jackson football so we do expect them to come in and be physical.”

Both coaches want their players to play within themselves and not try to do too much just because the game is such an intense rivalry.

“The big thing for us will be consistency in execution, especially offensively,” Bell said. “Are we going to be as consistent on play eight as we are play three? With our style of ball, you’ve got to execute throughout the drive.”

Added Hollis, “do what we do and be who we are.”

BATTLE OF THE VALLEY HISTORY