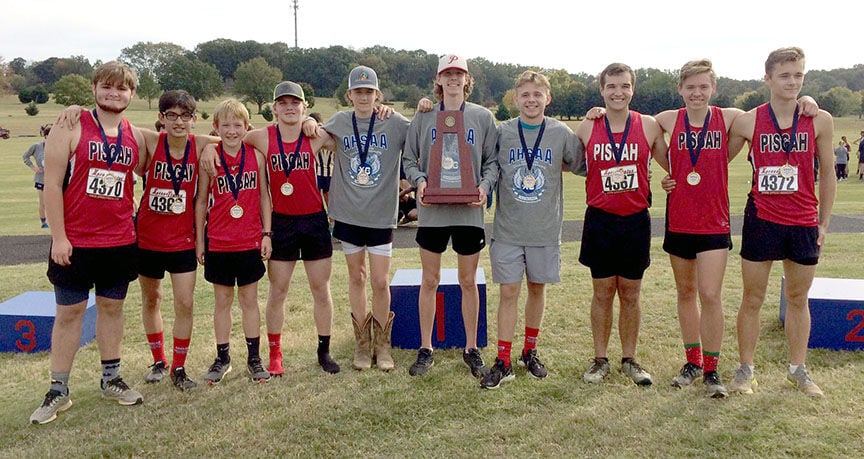 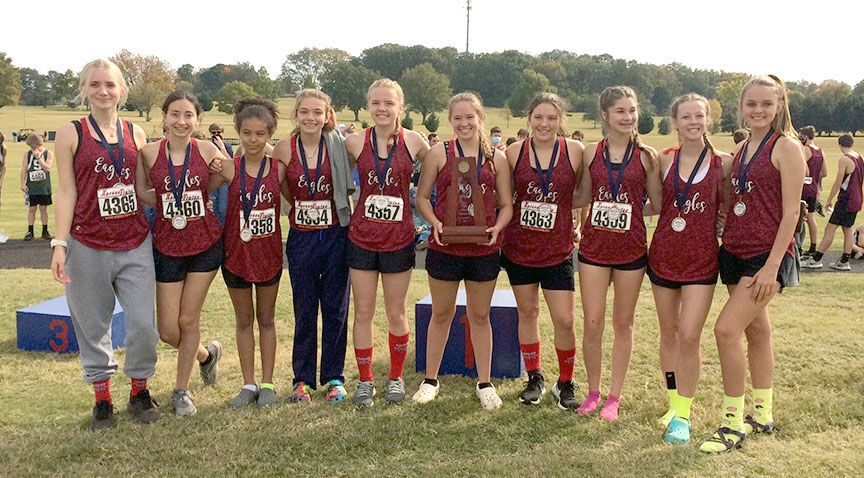 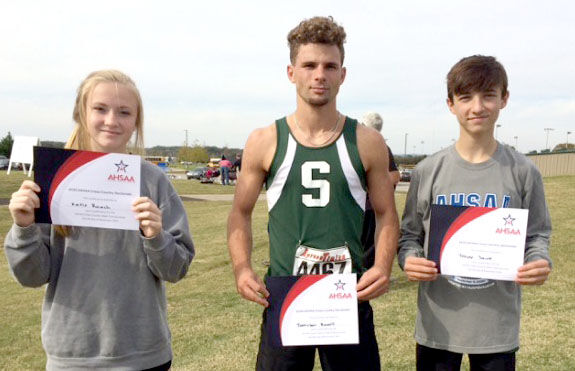 After qualifying for the AHSAA State Cross Country Championships for numerous years in the Class 3A divisions, the PHS boys and girls teams earned a spot in the 2020 State Class 1A-2A state races during the 1A-2A Section 4 Meet at John Hunt Park in Huntsville Thursday morning.

Pisgah won the boys sectional team title in a highly-competitive race while the Pisgah girls were the sectional runner-up to champion Ider.

The Pisgah boys posted a winning low score of 62, edging out runner-up Lindsay Lane by one point and third-place Athens Bible by two points. Sand Rock was the sectional’s fourth-state qualifying team with a score of 85, while Skyline finished fifth (140), Ider sixth (142), Decatur Heritage (162) and Cedar Bluff eighth (188).

“I knew we’d get good competition from Lindsay Lane and Athens Bible, but if we came out and ran, we could win,” said Pisgah head coach Gus Hembree. “It was tight, but we did it.”

“Our No. 1 runner (Tristan Little) wasn’t able to run today, so I’m really pleased with all the boys for stepping up and filling that (absence),” Hembree said. “Elizondo, a seventh-grader, really came up big for us to kind of push us over the edge. He’s been coming along all year and he showed up really big.”

“Dang Ider. I wished I hadn’t helped them start (a program),” joked Hembree before turning serious. “Ider, they just came out and whipped us. They competed harder than us, ran harder, ran better, all there is to it. But I’m tickled with the runner-up finish though. Means we get nine more days of cross country.”

Meanwhile, the Skyline cross country teams will be represented state meet races after three of their runners qualified as individuals.

“(Roach is) improving each (race),” said Skyline coach Rhonda Saint. “She was extremely excited about her race . She had a PR (personal record) in addition to her state qualifying spot. I was very pleased with her performance. She knew what she had to do to qualify and she went out and did it.

“(Rowell) has been a huge asset to the team. He's one of the hardest working kids I've ever had the pleasure of coaching. He agreed to run ‘a race or two’ for me this year to help out the team in big meets. He ended up running most all of them. He doesn't know how to give anything less than his best. He really stepped up big for me this season. I was very pleased with his run. Trever Saint’s…been working extremely hard this season. His goal was to get in (under 20 minutes). He made it at the Last Chance Meet last week. That was motivation for him for (the sectional) race. He ran a super race. I'm very proud of his performance.”

“I was really pleased with my boys team,” Rhonda Saint said. “Of course I would have loved to have come home with that team qualifying spot, but we came up one place short of qualifying. My boys team is young, but they have worked hard this season. They have improved tremendously over the last month. I'm very proud of every one of them. I look forward to continuing to see their progress in the future.”

Meanwhile, Section senior Jennifer Vega was unable to run Thursday’s 1A-2A girls race after suffering an injury in practice on Wednesday. Vega was a four-time state qualifier and was considered a likely state qualifier this season.

Class 4A — At White Plains, North Jackson’s Alex Roper and Delana Pierce missed being one of the six individual state qualifiers by one spot during the Class 4A Girls and Boys Section 2 Meets at the White Plains Sports Complex on Thursday.

“(They) just missed it,” said North Jackson coach Johnny Holman. “With that being said, I’m really proud of where the program is at the moment. We have for the last two years had a kid just outside of that state qualifiers (position). I’m really proud of my kids. They have improved so much in the four years we have had the program.”

Meanwhile, North Jackson finished seventh in the boys sectional team standings with a team score of 182.