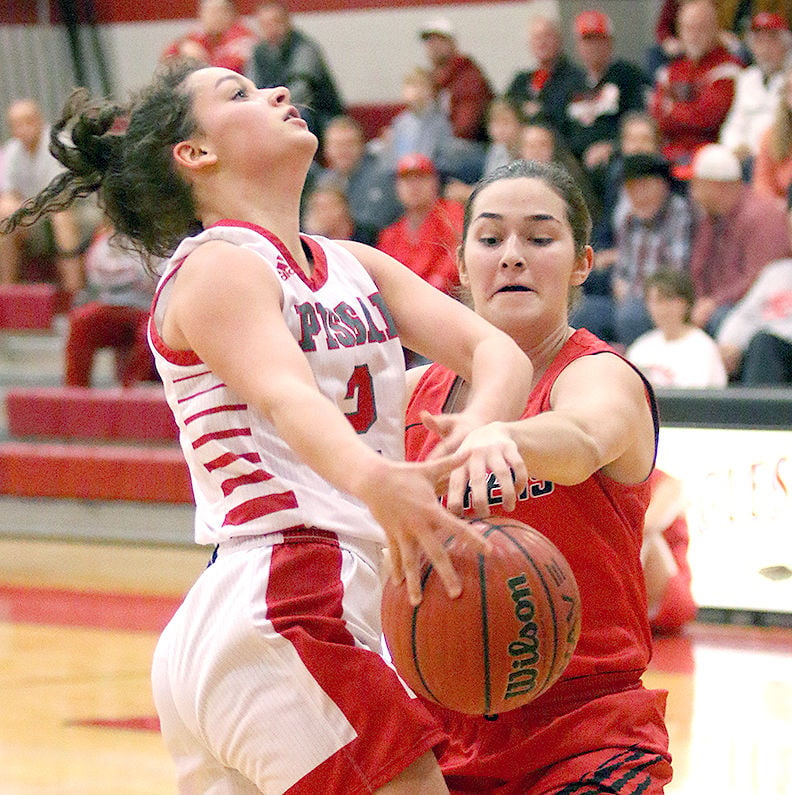 Kallie Tinker draws a foul on Collinsville's Hadley Hamilton while going in for a layup in Pisgah's 62-49 victory. 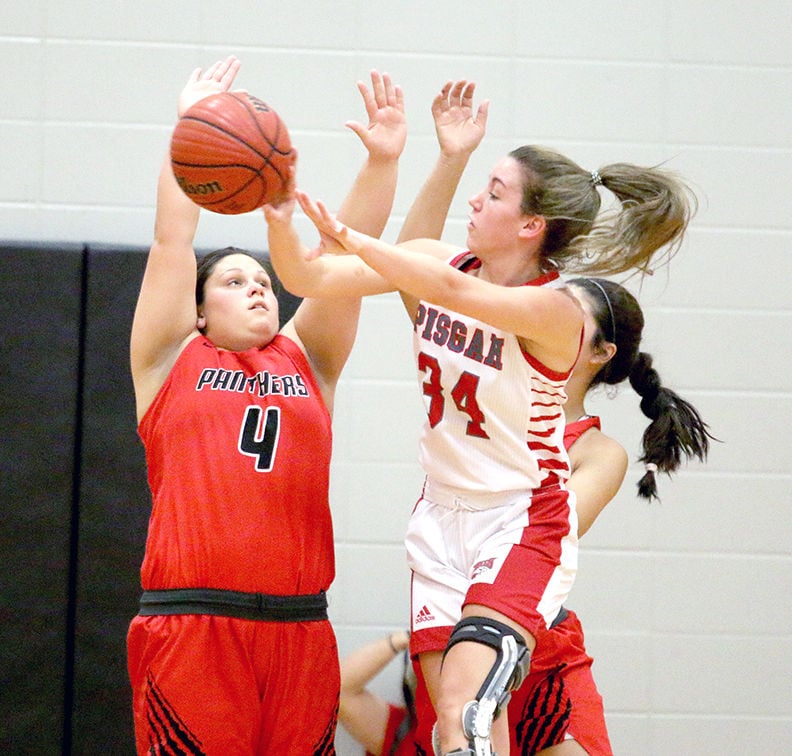 Kallie Tinker draws a foul on Collinsville's Hadley Hamilton while going in for a layup in Pisgah's 62-49 victory.

And they did so with one of its patented defense-infused scoring runs.

The Class 3A No. 1-ranked Eagles outscored visiting 2A No. 3 Collinsville 19-0 to end the first half and held off the Panthers in the second half for a 62-49 win Monday night.

It was the 32 straight victory dating back to last season for Pisgah (14-0), the two-time defending Class 3A state champion. The Eagles will carry that win streak on to Orlando, Florida  for the KSA Tournament at Disney World thanks to “a really big win,” head coach Carey Ellison said.

“The message was (Collinsville is) a great team, they’re undefeated, here’s a chance to prove yourself against somebody equal or better. The message was received. It’s one of those games that’s hard to pinpoint anything (decisive). I just thought we played pretty good. Far from our best, but far from our worst, too. Hopefully we can use these games we’ve had the last week or so to get us ready for the stretch.”

Hadley Hamilton scored 19 points for Collinsville (12-1), which also got nine from Olivia Akins and eight from Brittany Rivera.

Collinsville jumped out to an early 8-3 lead before Pisgah tied the game at 14-all after one quarter. Collinsville took a 21-15 lead on two Hamilton free throws with 4:54 left in the second quarter, but the Panthers did not score again over the next 7:16 of game play. The Eagles scored the first half’s final 19 points, as three 3-pointers from Womack highlighted a scoring run that ended with two Heard baskets in the final 3.8 seconds to give Pisgah a 34-21 halftime lead. The Eagles’ lead dipped to 10 late in the third quarter, but they ran it back to 50-32 entering the fourth. Collinsville got as close nine, 58-49, after two Rivera free throws with 1:26 to play. But two blocked shots by Heard, a steal by Myers and free throws from Hatfield and Womack allowed Pisgah to close out the win.

“It was an interesting game for us. I thought we put up a pretty good fight and made our own breaks there in the second quarter,” Ellison said. “We could tell early that we didn’t have a lot of energy, weren’t rotating much on the press, were just not playing solid on defense. We tried to go with a half-court game for a little bit, and (the game) got even slower. We decided in the middle of the second quarter that we were going to put some more pressure on. It worked out for us. We got a good run going.”