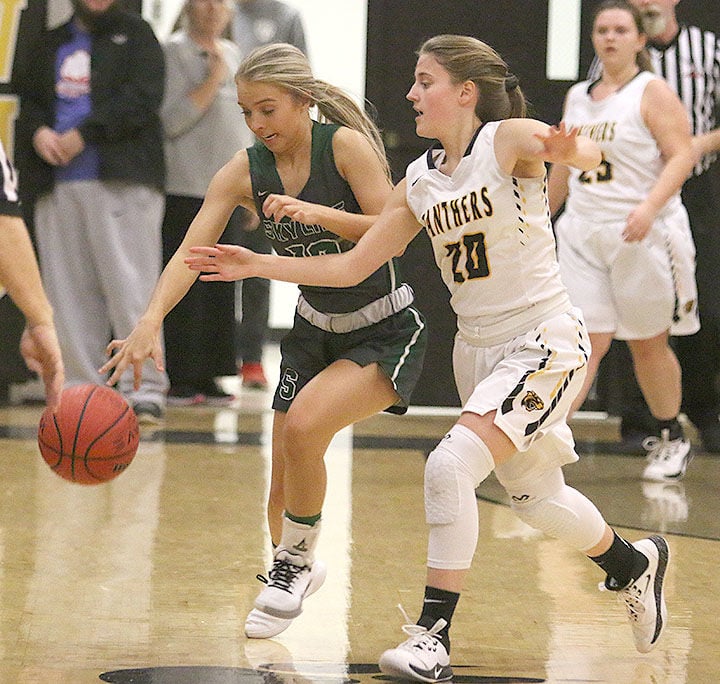 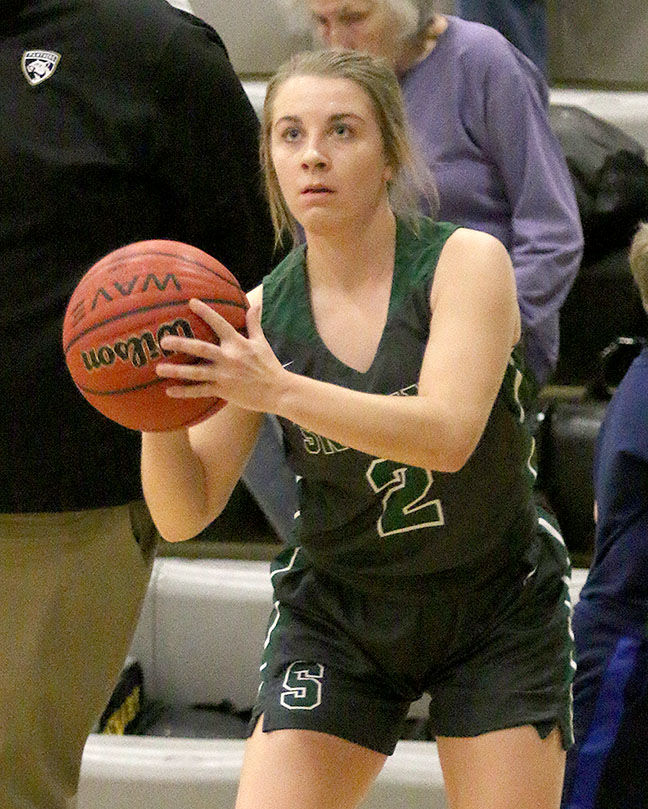 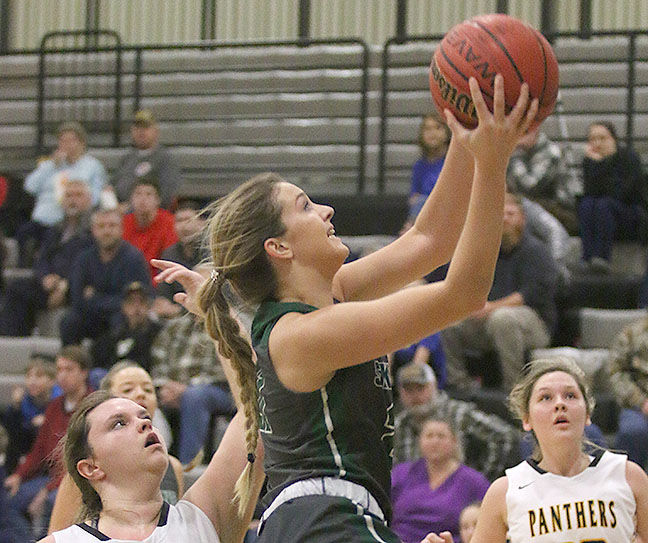 Bailee Usrey goes in for a layup during Skyline's Class 1A Area 14 win over Woodville.

Bailee Usrey goes in for a layup during Skyline's Class 1A Area 14 win over Woodville.

The Skyline varsity girls basketball team is a step closer to finishing out area play with a perfect record.

The Class 2A No. 2-ranked Vikings drained 12 3-pointers on the way to a 62-18 win at rival Woodville Thursday night.

Skyline (17-2, 5-0), which has already clinched the regular-season area title and will host next month’s area tournament, hit seven 3-pointers before it made a 2-point shot and shot 48 3-pointers for the game.

“We’ve got to do that,” said Skyline coach Ronnie McCarver. “We’re so small, so when we play taller girls, we’ve got to do that. If they play us man, it’s hard for them to stay in front of us. If its zone, we’re shooting at lot of 3s. That’s the style we need to play.

Skyline hit five 3-pointers while building a 15-9 advantage after one quarter. The Vikings then hit six more treys in the second quarter to enjoy a 40-11 halftime lead.

Tia Edwards and Courtney Williams scored six points each for Woodville (5-14, 1-3) while Jessica Sirten had four.

Brindlee Mountain jumped in front 20-8 after one quarter and led 34-14 at halftime and 38-18 after three quarters.