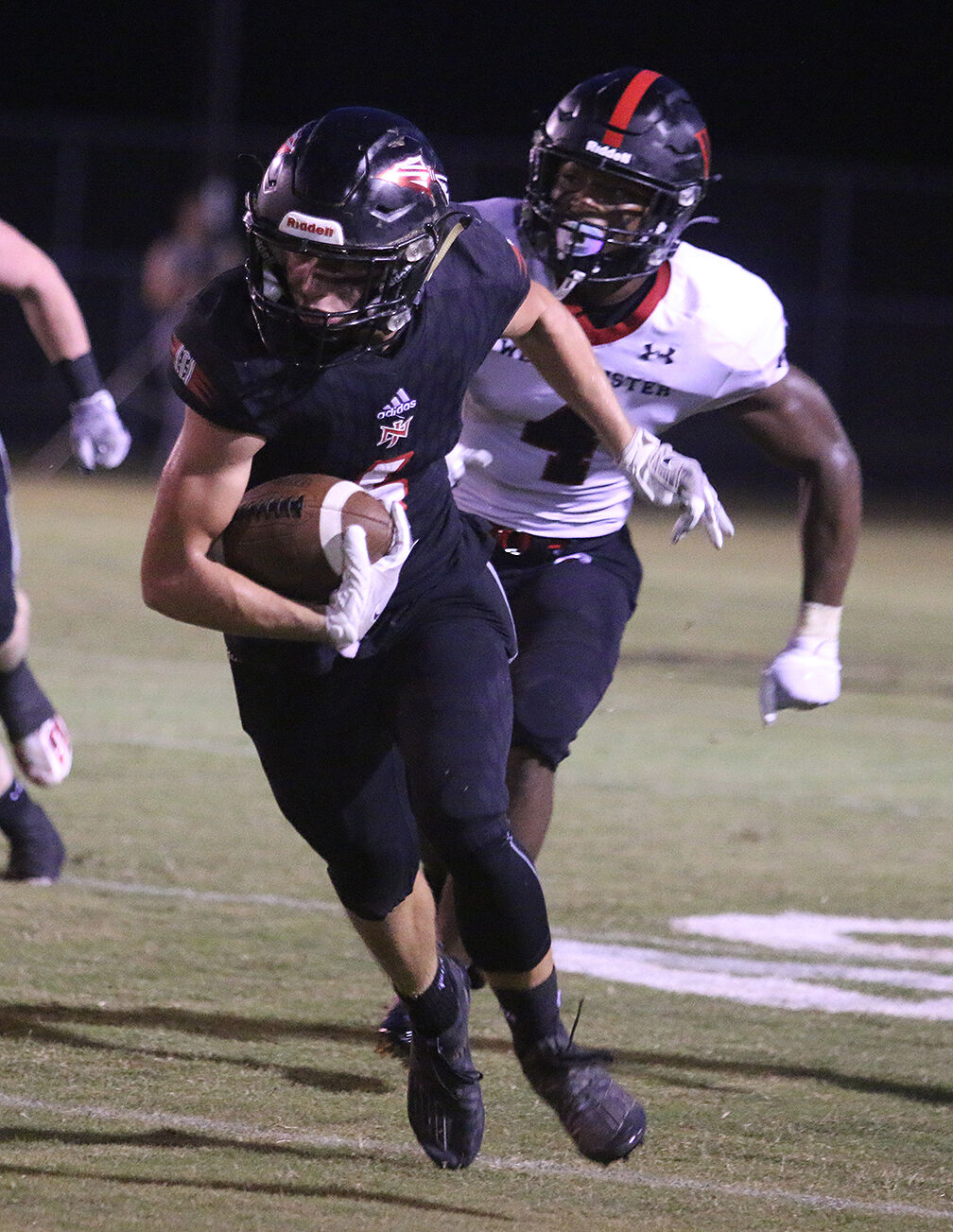 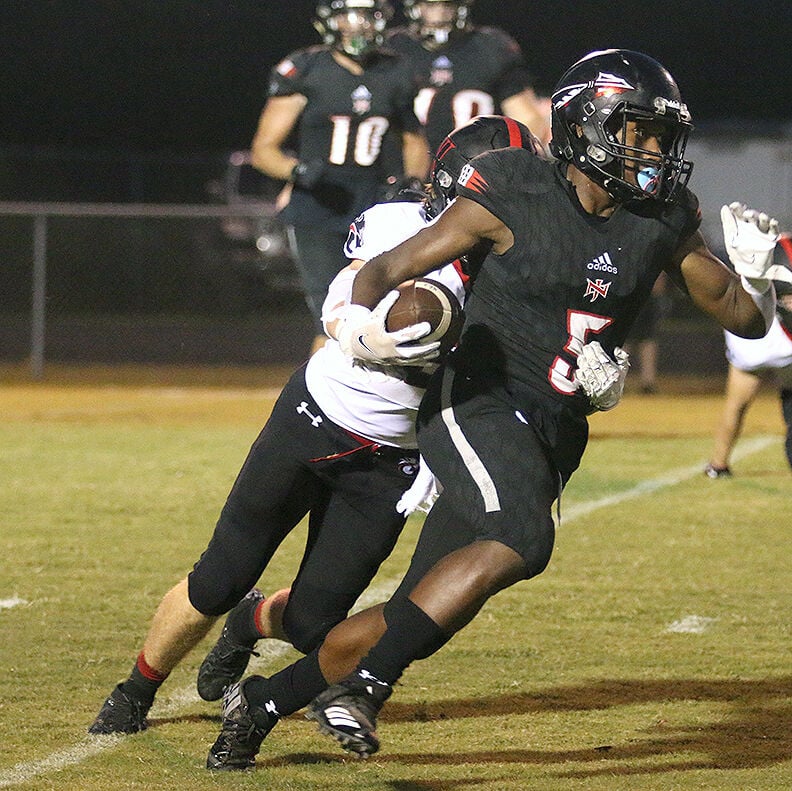 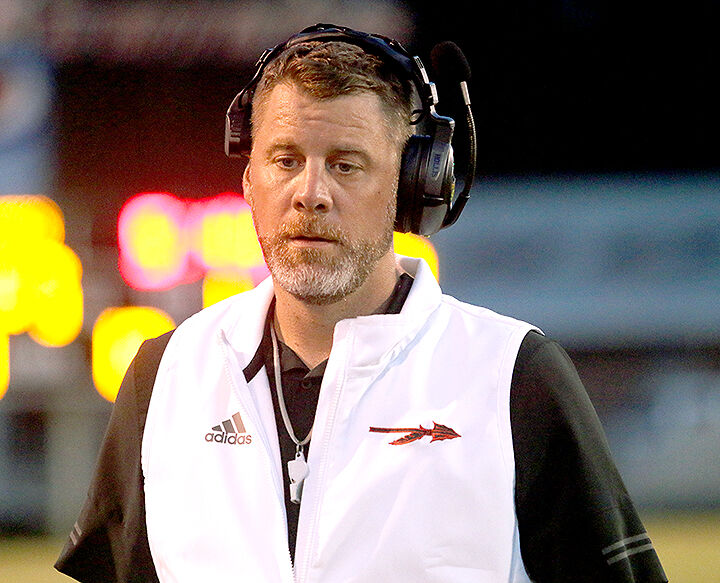 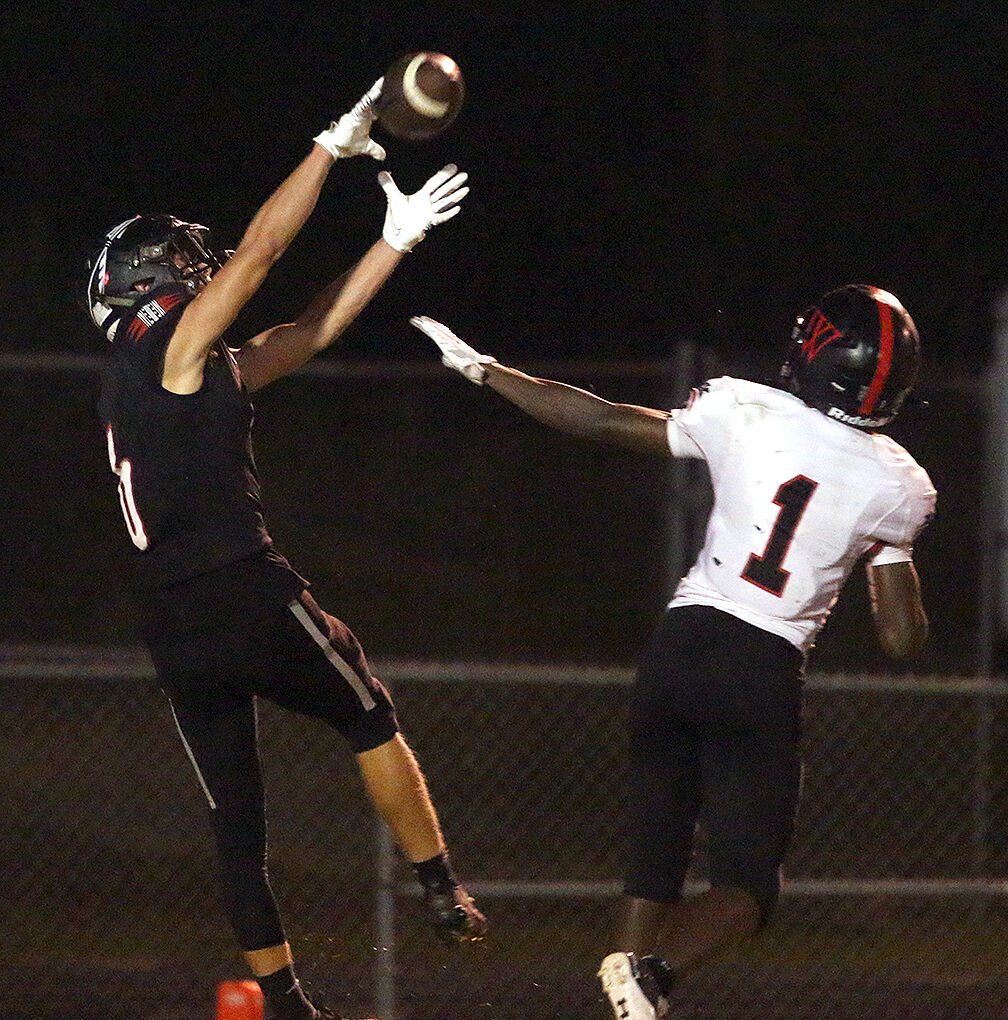 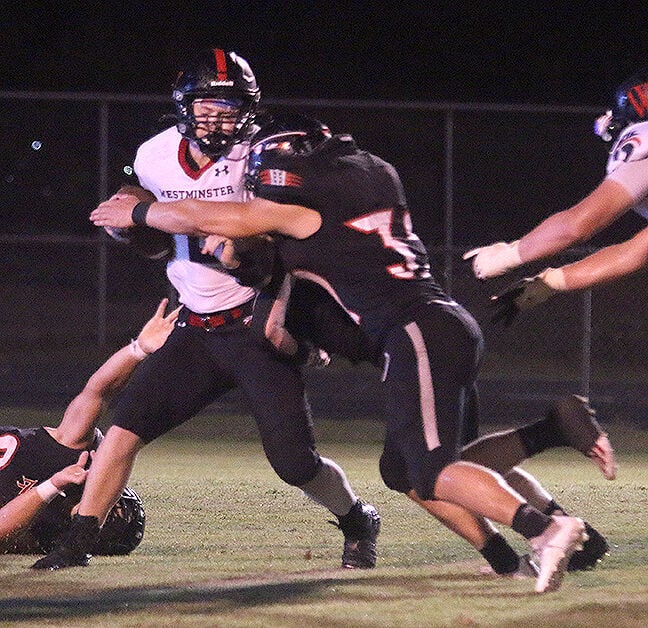 North Jackson's Will Sims sacks Westminster Christian quarterback Brandon Musch for a safety during a 36-22 Class 4A Region 7 win. 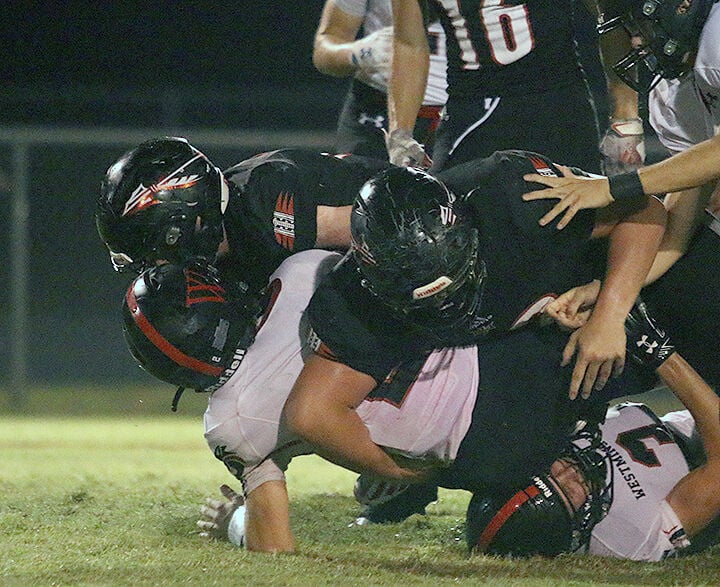 Macklin Guess and Gannon Jernigan tackle Westminster Christian's Brandon Musch short of a first down on a fourth-and-1 play during North Jackson's 36-22 Class 4A Region 7 win Friday night in Stevenson.

North Jackson's Will Sims sacks Westminster Christian quarterback Brandon Musch for a safety during a 36-22 Class 4A Region 7 win.

Macklin Guess and Gannon Jernigan tackle Westminster Christian's Brandon Musch short of a first down on a fourth-and-1 play during North Jackson's 36-22 Class 4A Region 7 win Friday night in Stevenson.

Week 2 was a good one for the North Jackson football team.

Hollis downplayed the milestone for himself but was pleased to see his team collect the Class 4A Region 7 win.

“That wasn’t about me,” said Hollis, who was an assistant at North Jackson the previous seven seasons. “That was about those kids. They fought their rear-ends off and worked really hard in the preparation and they got the reward for the hard work.”

The game was the first of a four-game homestand for North Jackson (1-1, 1-0), three of which are region games. Hollis was pleased that the Chiefs defended their home field on Friday.

“It’s nice to be out here playing in front of our home crowd here at R.D. Hicks Stadium,” he said.

Westminster Christian took the opening drive to the North Jackson 14-yard line, but the Chiefs defense made it turn the ball over on downs. Ray Ray Sanders sacked Musch on a fourth down-and-2 play to end the drive.

North Jackson then used a seven-play drive to grab a 6-0 lead when Morris found Wilson for an 18-yard touchdown.

Cunningham then returned an interception 57 yards for a touchdown on the first play of the second quarter, and Tito Vazquez kicked the first of this three PATs to give the Chiefs a 13-0 lead.

The Chiefs’ defense produced points again when Will Sims sacked Musch for a safety with 1:53 left in the first half, starting a flurry of points to end the half. Cunningham returned the ensuing free kick 50 yards before caught a 12-yard touchdown pass on the next play to push the Chiefs in front 22-0. After a short Westminster Christian punt, Morris found Cunningham from 26 yards out for a 29-0 North Jackson lead with 53 seconds left in the first half.

The Wildcats answered with a 68-yard Musch to Isaiah Latimore touchdown pass to cut the Chiefs’ halftime lead to 29-6.

Westminster Christian ultimately pulled to within 29-22 with 9:16 minutes left in the game, but North Jackson clinched the win away with a 30-yard touchdown pass from Morris to Wilson with 3:08 remaining.

“At times we played really well,” Hollis said. “There’s some things we’ve still got to work. Overall, I thought they fought to the very end.”