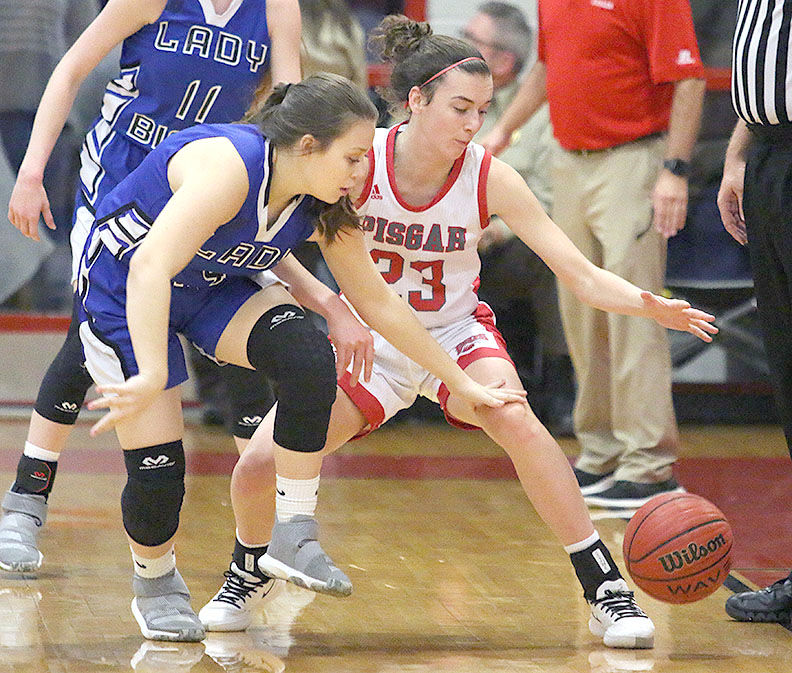 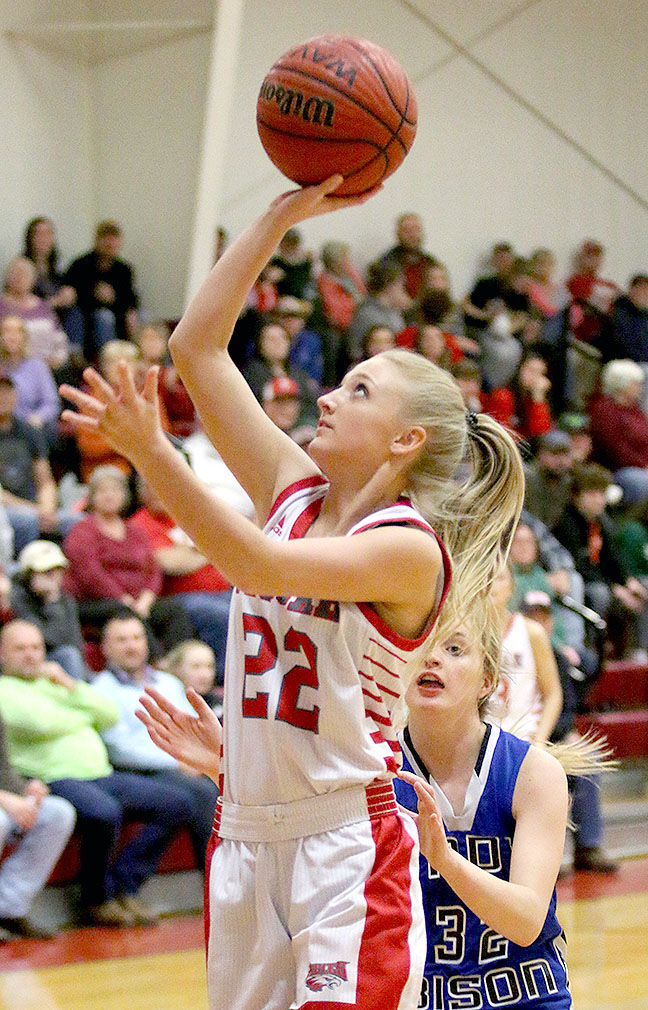 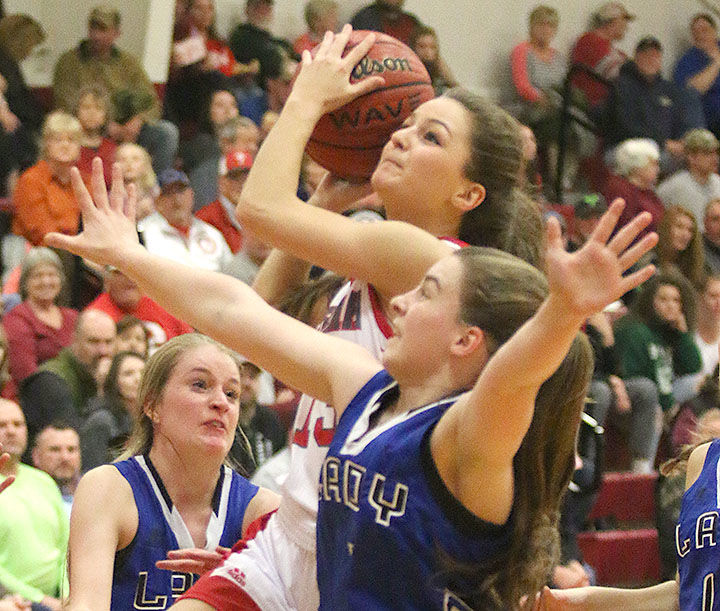 Pisgah's Layla Hatfield drives to the basket for a layup as North Sand Mountain's Vicky Hassell defends during the Jackson County Tournament semifinals.

Pisgah's Layla Hatfield drives to the basket for a layup as North Sand Mountain's Vicky Hassell defends during the Jackson County Tournament semifinals.

The top-seeded and Class 3A No. 1-ranked Eagles soared to a 31-0 lead in the first half on the way to a 68-22 win over fifth-seeded North Sand Mountain Thursday night at Pisgah High School.

Pisgah (22-1), the five-time defending county champion, advanced to play second-seeded and 1A No. 2 Skyline in the tonight’s Jackson County Tournament championship game at 6:15 p.m.

Skyline advanced with a 73-60 win over third-seeded North Jackson in Thursday’s other semifinal.

Pisgah’s full-court press forced 11 first-quarter NSM turnovers, resulting in 17 Pisgah points. The Eagles led 29-0 after one quarter, 43-9 at halftime and 62-15 at the quarter breaks.

“We moved the ball well,” said Pisgah head coach Carey Ellison. “We were getting the ball up the floor and finding open people. When we get in a flow like that we can be hard to beat.”