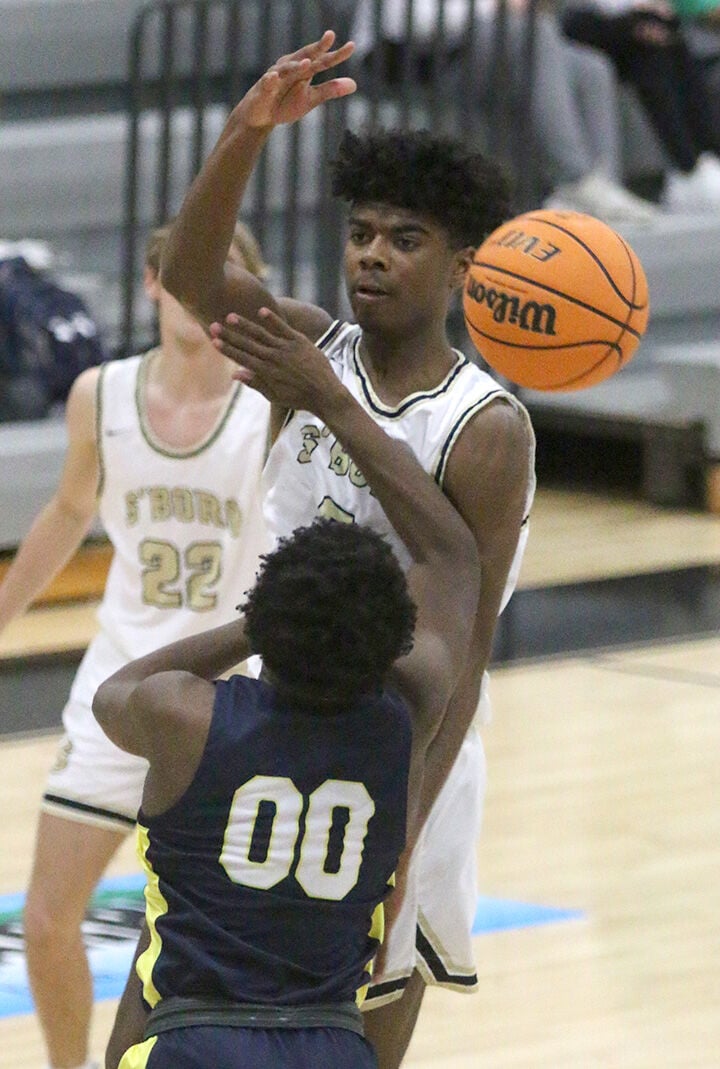 Scottsboro's Tyson Sexton dishes a no-look pass to a teammate for a basket in transition during Scottsboro’s 68-51 Class 6A Area 15 win over Buckhorn. 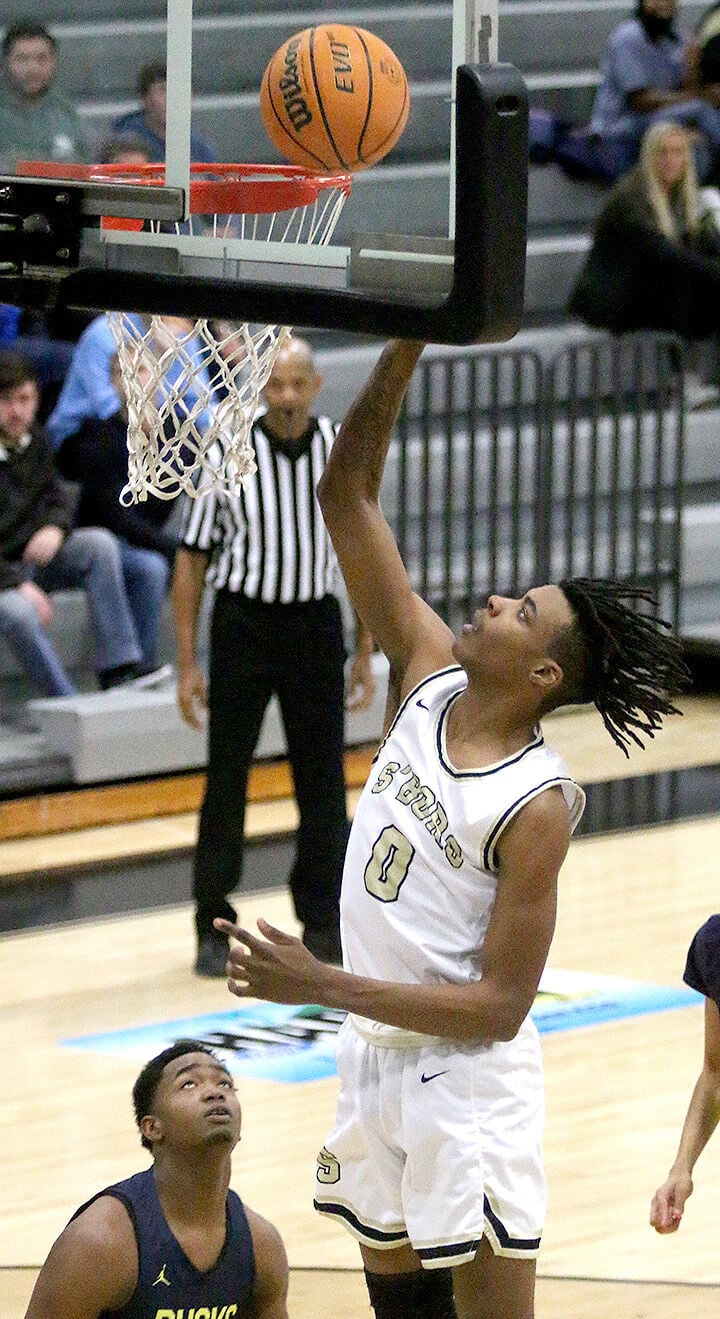 Cordell Worthy drops the basketball in for a basket during two points during Scottsboro’s win over Buckhorn.

Following a hard-luck 63-59 loss at Class 6A Area 15 rival Arab on Jan. 7, the Wildcats got the bad taste from that loss out of their mouths with a dominant 68-51 win over visiting area foe Buckhorn.

“Our kids bounced back,” Bell said. “I could tell in their eyes they weren’t happy about that last (game vs. Arab). They played well (against Arab), just couldn’t make shots. We came out (against Buckhorn), made a few shots, got after it defensively. Awesome effort by our guys…we came back out and responded like I was hoping we would. I’m proud of them for this one.”

Scottsboro junior Tyson Sexton led all scorers with 19 points while teammates Seth Whitmire and Ethan Roberts were also in double figures with 14 and 11 points respectively. The Wildcats also got six points from Parker Bell, five from Jameson Gray and four each from Blake Jones and Cordell Worthy.

The Wildcats never trailed, held Buckhorn scoreless for the first 3:33 and grabbed a double-digit lead for good at 19-8 on Sexton’s 3-pointer with 11.2 seconds left in the opening quarter. Scottsboro then got a trey from Parker Bell and a bucket in the post from Gray to start the second quarter, and the Wildcats ultimately took a 40-19 halftime on Gray’s buzzer-beating putback. The Wildcats then got seven straight points from Sexton to start the second half and eventually led by 28 in the third quarter before leading 51-30 entering the final stanza. Scottsboro ultimately led by 26 in the fourth quarter. Buckhorn (10-7, 2-1) got a few late 3-pointers to trim the mark to 17, which was as close as the Bucks had gotten since late in the second quarter.

Terrance Robinson scored 10 points for the Bucks while Austin Childress pitched in nine.

“Really a must win game for both us if either of us wants to have a chance to host the area tournament,” Jason Bell said of Scottsboro’s matchup with Fort Payne. “Got a lot riding on it.”