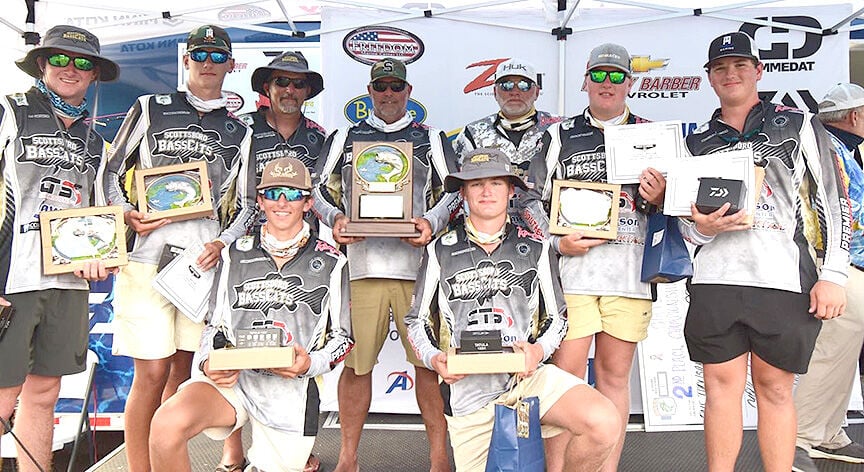 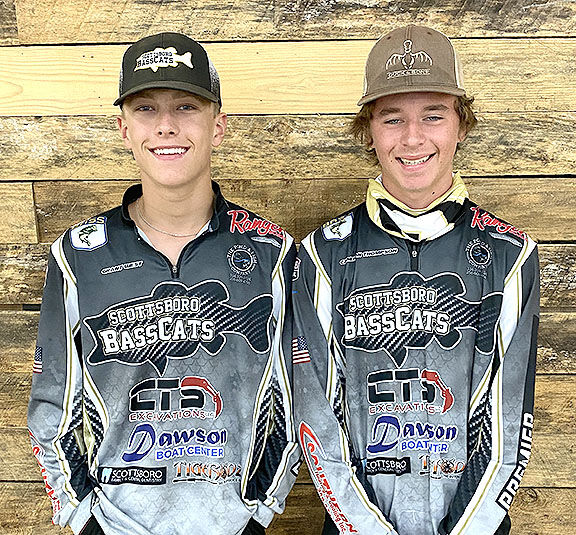 In only its second season of competition, the Scottsboro High School fishing program earned the right to call itself a championship program by winning the 2020 B.A.S.S Alabama High School State Championship Tournament back in July.

Now Scottsboro anglers are looking to earn the title of national champions.

The three-day tournament begins Thursday, Oct. 22 and runs the through Saturday, Oct. 24. The field is cut to the Top 12 angle duos after Round 2.

Scottsboro has the most angler duos fishing in the tournament, which has approximately 300 duos qualified to compete.

“This is a huge deal for not just our team, but our school and community as well. Our community sponsors have been a huge key in our success.  Without their support all of this would be impossible,” said Scottsboro coach Cully Nelson.

Butler and McLaughlin finished third overall in the Alabama state tournament while Thompson and West were ninth, Clark and Grider 11th and Barclay and Widgeon 30th.

“All four of our teams are very capable of strong finishes. They didn't just qualify (for nationals) by accident,” Nelson said. “I feel like all four can be very competitive at this tournament. The Top-12 boats out of 300 fish the final day and I think it is very realistic to think at least two of our four could be there.”

It’s the second national championship tournament appearance for Butler and McLaughlin, who finished seventh in the event in 2019.

“They will have an advantage due to the experience of qualifying last year and having an understanding of a three-day tournament versus a one- or two-day tournament,” Nelson said.

Last year’s tournament was fished in August and was scheduled to be done so again in 2020 before being pushed back to October because of the COVID-19 (conoranvirus) pandemic.

“Last year in August the winning team caught their fish shallow,” Nelson said. “That could be very different this year with the later tournament dates. Kentucky Lake is already being drawn down to winter pool and many of those key areas will be dry ground now.”

“Kentucky Lake is a big lake that can change daily, but at the same time, it can fish very similar to here at Lake Guntersville due to the fact they are both TVA fisheries,” Nelson said. “We could see all types of fishing come into play from ledge fishing on the river, shallow grass and even rock banks. The time of year is a huge change.”

Anglers duos will have a five-fish limit per round, and fish (largemouth bass, smallmouth bass and spotted bass) must be at least 15 inches long.

Nelson said finding and catching fishing consistently each day will be the key to success.

“Last year the winning weight for three days was 50 pounds, but again that was in August and not October,” Nelson said. “I think that anyone who can average 15 pounds a day will be in the hunt. Kentucky Lake will produce some big fish and stringers as well. Someone will catch a 20-plus pound bag. But the key is going to be consistency over a three-day tournament.”