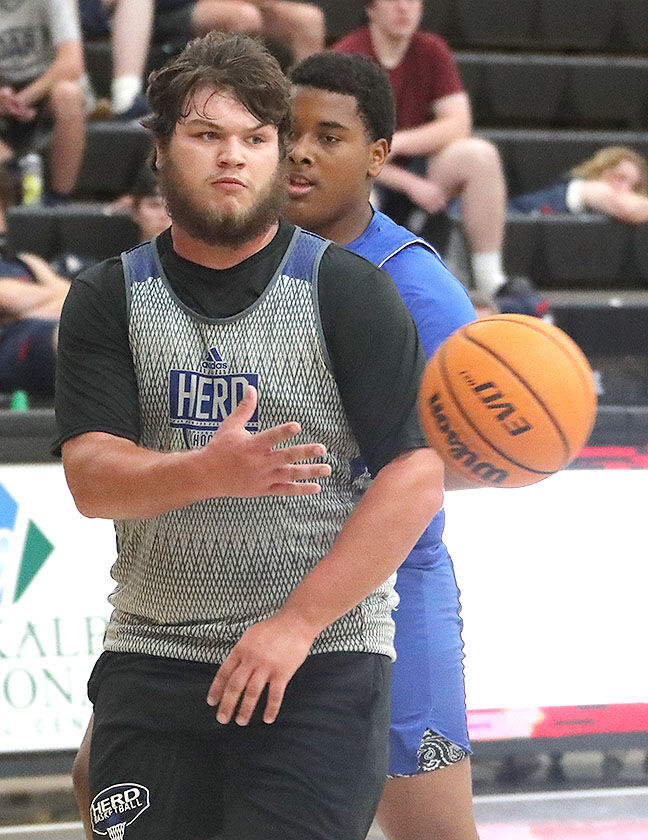 NSM's Drue Carlton dishes a pass to a teammate on a fast break during a game with Etowah this summer. 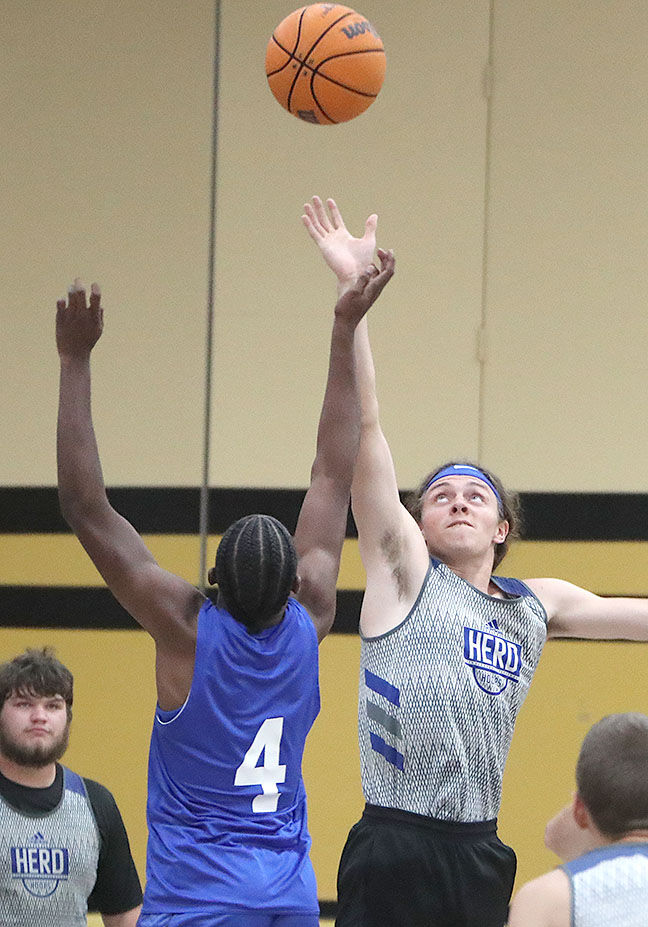 Rising senior Derek Bearden (right) is one of three returning starters for NSM.

NSM's Drue Carlton dishes a pass to a teammate on a fast break during a game with Etowah this summer.

Rising senior Derek Bearden (right) is one of three returning starters for NSM.

When the North Sand Mountain varsity boys basketball team took the court this summer, the Bison had a very different looking lineup.

Gone was four-year starter Russ Marr and three-year varsity player/two-year starter Luke Maples, both of whom were all-state players during NSM’s 25-6, county and area championship-winning 2020-21 season.

“Definitely it hurt to lose those guys and all our seniors, so it was big that we get our guys out there this summer and start to see where we can fill in,” said NSM head coach Cole Hicks. “We’ve got three starters back but losing (Maples and Marr) is something you don’t just replace because (Marr) was the all-time (leading) scorer) and (Maples) was 20 points and seven assists a game. But we’ve got a group of guys that are capable of contributing and having big games any given night. It’s going to be a group effort.”

North Sand Mountain hosted two play dates this summer, traveled to Fort Payne for one and went to one at Grainger (Tennessee) High School for another. The Bison played in-state teams Etowah, DAR, Collinsville and Gaston while playing a number of large-school out-of-state teams schools from Georgia and Tennessee.

“We got a lot of guys a lot of experience, which was what we needed to do,” Hicks said. “We didn’t have everyone with us at any one time because of injuries, work, vacations, so we mixed (the lineup) up every day and let the guys just go play. I think that’ll help in the long run because we had so many guys get to play and get that experience.”