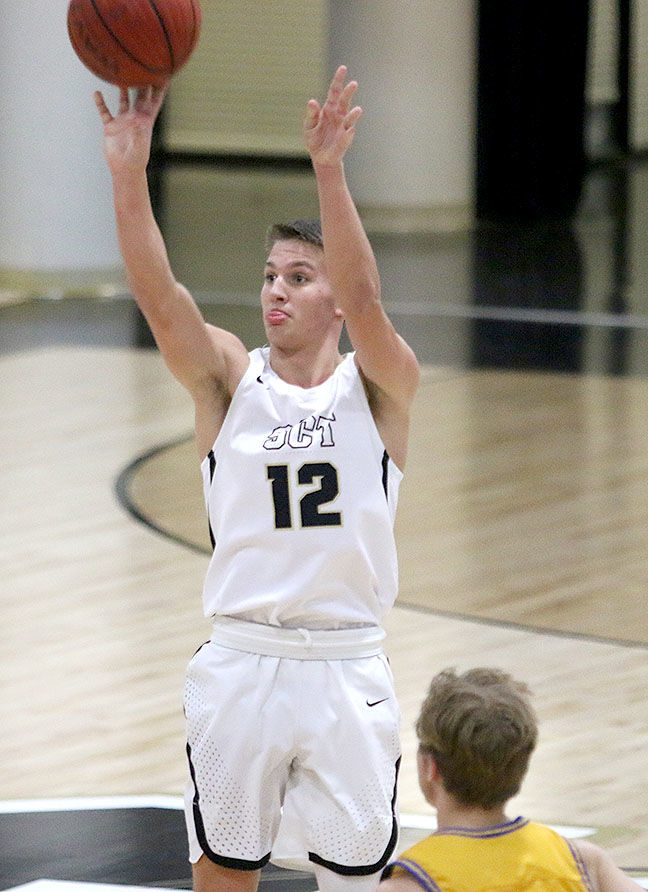 Butler Bell, who missed nearly the first two months of the season because of an injury, made seven 3-pointers and scored a game-high 25 points during Scottsboro’s 71-53 Class 5A Area 15 win over Arab. 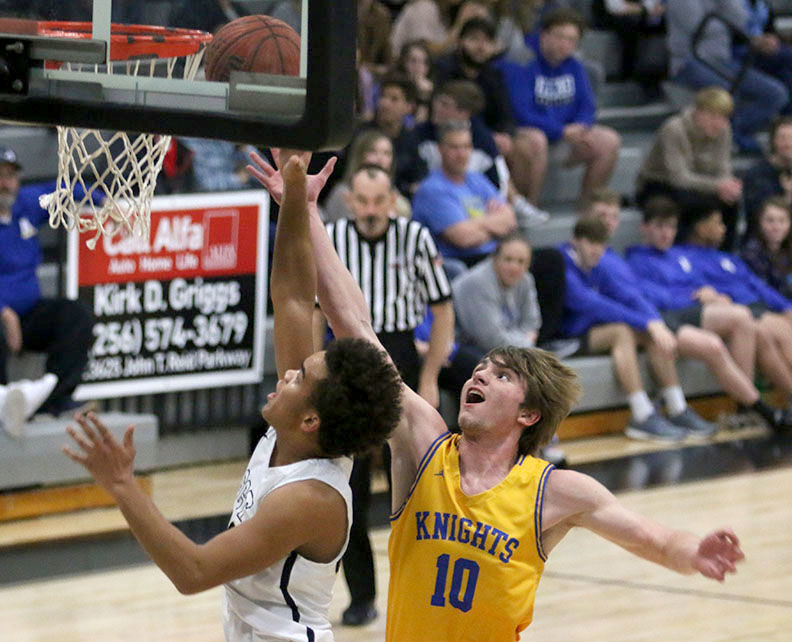 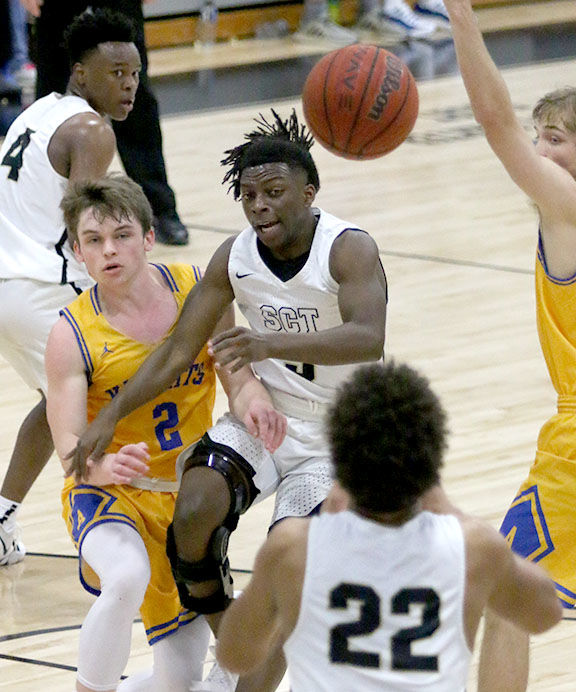 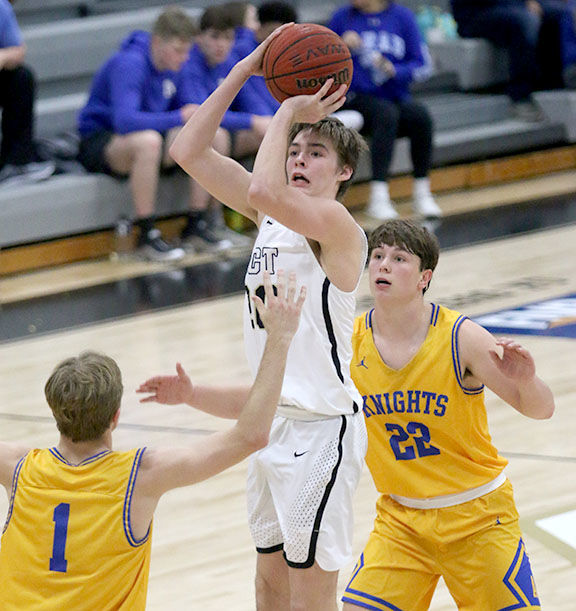 Butler Bell, who missed nearly the first two months of the season because of an injury, made seven 3-pointers and scored a game-high 25 points during Scottsboro’s 71-53 Class 5A Area 15 win over Arab.

It was the kind of win that teams sometimes look back on later to as a season-changing moment.

The Scottsboro varsity boys basketball team will have to wait to determine that later, but Friday’s performance could be just that for the Wildcats.

The win means Scottsboro will likely face the Knights again in the area tournament next month at Guntersville. Scottsboro (12-10, 2-3) needs a win tonight over a Brewer or a Brewer loss to area champion Guntersville on Jan. 17 to secure the rematch with Arab.

Scottsboro head coach Kenny Hill said the win over an Arab team that had won nine of its last 10 games entering the contest and was on a five-game winning streak against the Wildcats was a confidence booster for his squad.

“Big win, we needed that,” Hill said. “We needed this for our guys from a mental perspective. We had to show that we are here and we are going to compete. Telling them they can beat Arab is different than them going out and seeing they can. We had a great game plan and the kids locked in and followed it and believed in it.”

Bell had a huge impact for the Wildcats. The senior three-year starter was playing just his third game since returning from a foot injury that kept him out the first two months of the season. Against Arab, (13-7, 3-3), Bell played his most minutes in a game thus far this season and scored  a game-high 25 points while knocking down 7-of-8 shot attempts from the 3-point arc.

“Butler Bell looked like the Butler Bell from the end of last season,” Hill said. “His leadership, the stuff you get from a senior, we needed that. We need him to keep playing like that and for our other guys to keep playing at a high level. The guys have had a different fire (about them) with getting Butler back.”

Hill praised the all-around effort from his team, from winning the rebounding battle with the taller Knights to the players’ defensive efforts and balanced scoring contributions.

The Wildcats got 13 points from B.J. Harris, 11 from Parker Bell, seven each from Jordan Davis and Jacob Cooper and six from JaVaris Branford.

James Johnson was Arab’s only scorer in double figures with 18 points.

Scottsboro fell behind 6-0 to start the game before rallying in front 15-13 after one quarter. Scottsboro then got treys from Harris and Parker Bell early in the second quarter to complete an 11-0 scoring run that gave the Wildcats the lead for good. Scottsboro led 29-22 at halftime before stretching its advantage to as many as 17 in the third quarter. The Wildcats led 44-30 entering the fourth quarter and were in front by as many as 24 after Butler Bell’s seventh trey of the game.