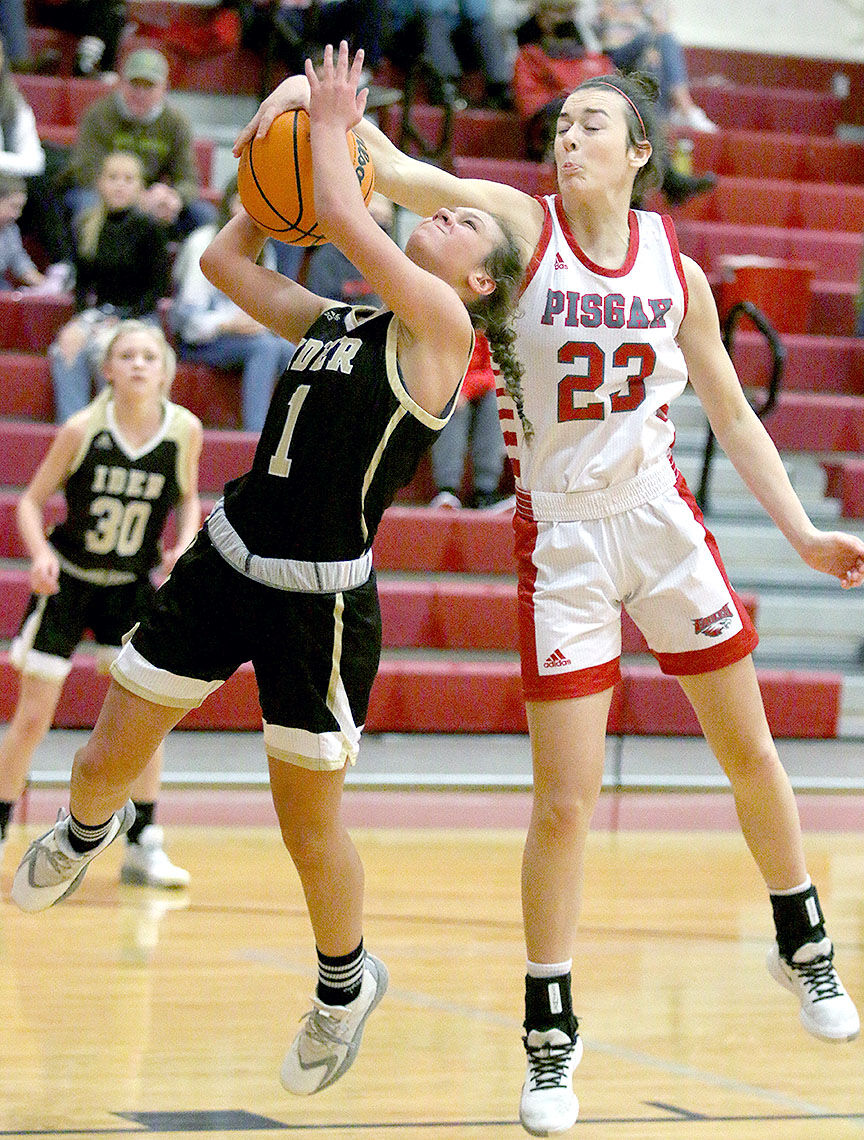 Molly Heard (23) goes for the block but is called for the foul on Ider’s Makinley Traylor during Pisgah’s 74-61 win. 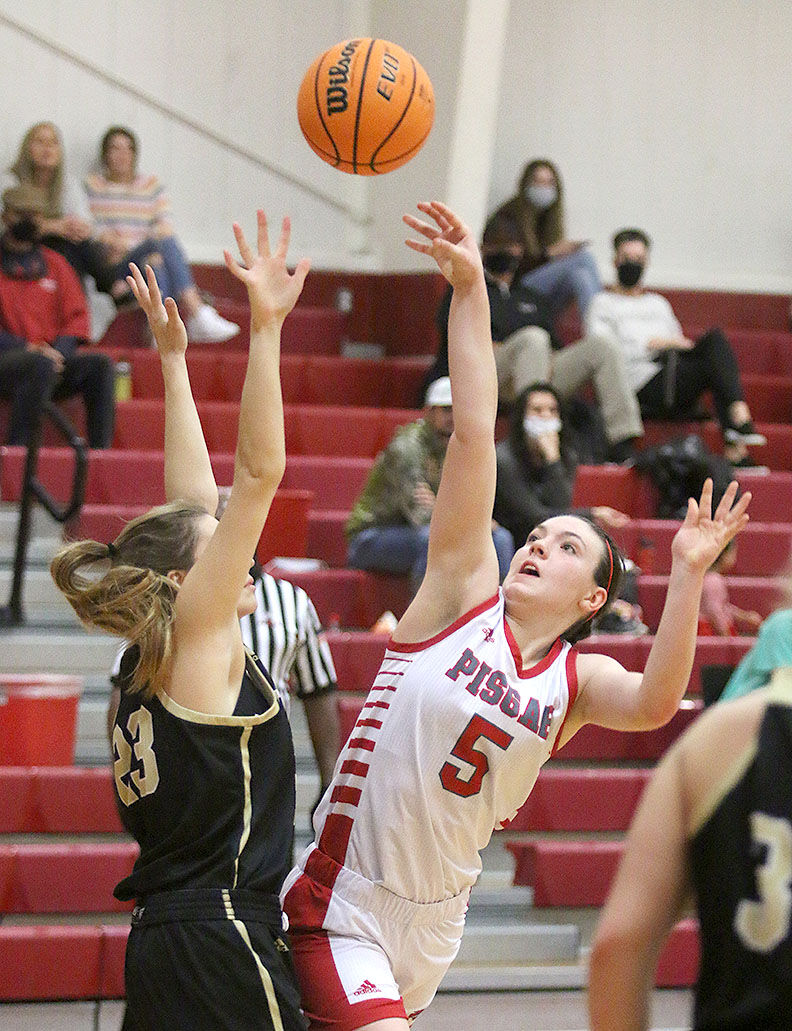 Molly Heard (23) goes for the block but is called for the foul on Ider’s Makinley Traylor during Pisgah’s 74-61 win.

The Pisgah girls basketball team has not had many situations over the past few years in which it needed a bounce-back performance.

But after a 27-point loss to Sylvania in the Sand Mountain Tournament semifinals, the Class 2A No. 1-ranked Eagles got one on Monday.

Pisgah (7-3, 2-0) countered a couple of Ider scoring runs in the first half with ones of their own and held off the Hornets in the second half for a 74-61 Class 2A Area 15 win at Pisgah High School.

“It was a good bounce back,” Ellison said. “We got outplayed in the tournament, in every part of the game. That was part of our goal today, to play with a lot more energy and effort and get people to start stepping up and trying to create some things, because we’d had too much hiding and waiting for things to happen. Can’t win a lot of games without a lot more people being more assertive on offense. So that was good to see.”

Savannah Seals scored 16 points and Kaleigh Carson netted 13 for Ider (9-5, 1-1) while Alayna Chapman had 11 and Erin Pruett and Makinley Traylor both had eight.

It was the 42nd consecutive home win for Pisgah dating back to Dec. 2016.

Ider led just once in the game, when it was 4-3 just over two minutes in, but the Hornets never went away. Pisgah led 23-11 after one quarter and took its largest first-half lead at 32-16 on Duncan’s 3-pointer with 5:15 left in the second quarter. Ider followed with a 14-0 scoring run to pull within 32-30, but Pisgah countered with a 12-3 run to regain a double-digit lead before Ider Carson banked in a long 3-pointer to beat the halftime buzzer that cut Pisgah’s lead to 44-36. Pisgah led 59-46 after three quarters and never allowed the Hornets to get any closer than eight in the fourth quarter.

“We had a lot of subs in and they made some big plays, made some big shots, to kind of fend off their run,” Ellison said. “If we get that kind of production regularly with our subs, we’re going to be able to put some good games together instead of wondering what’s going to happen from night to night.”