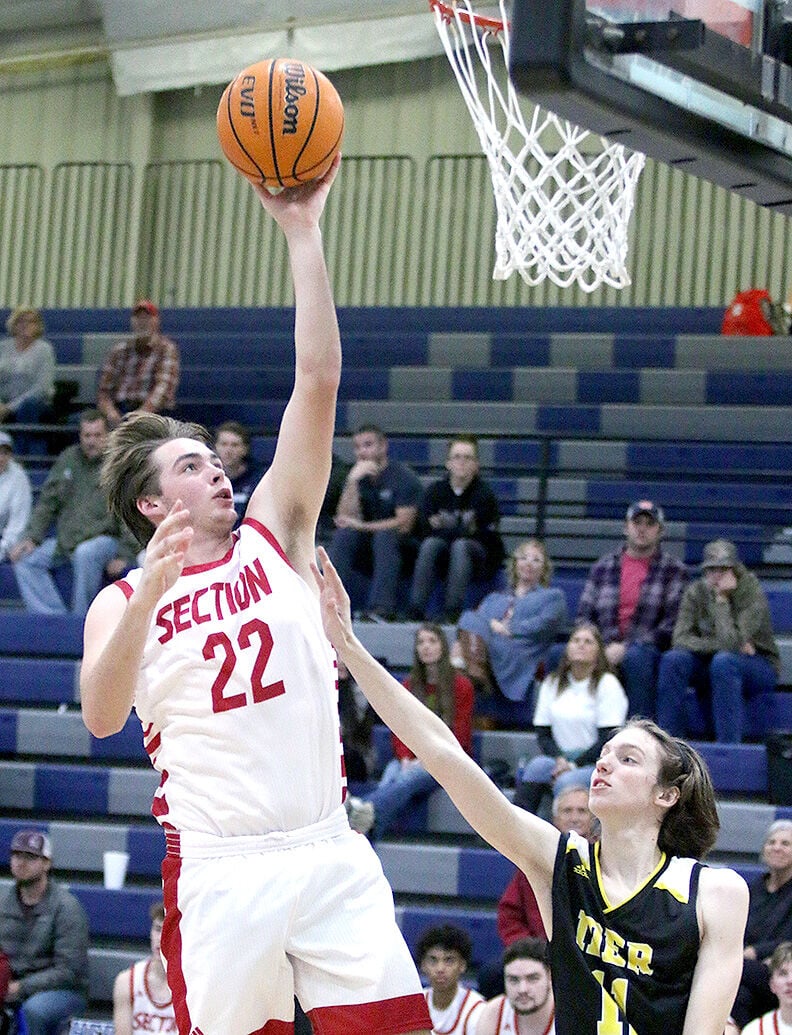 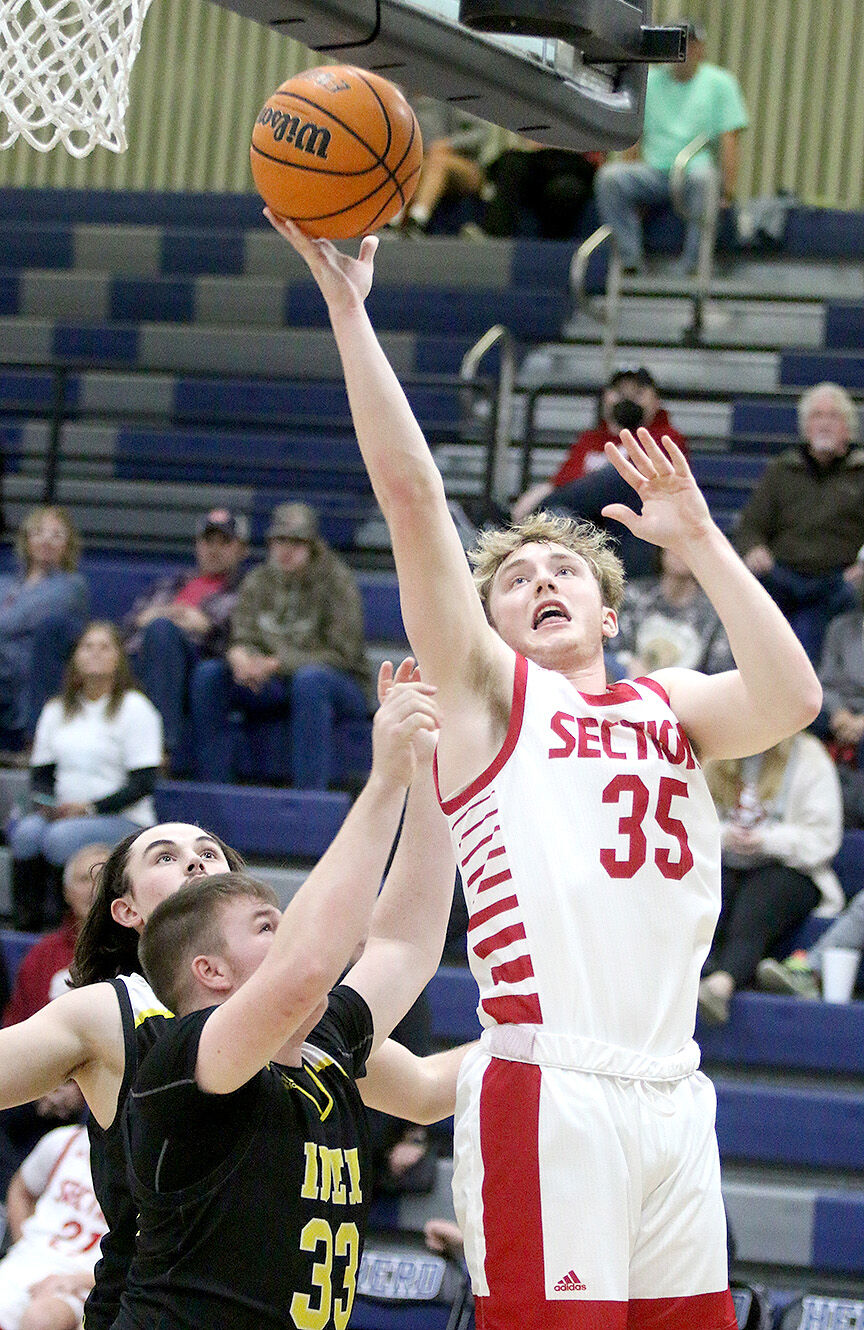 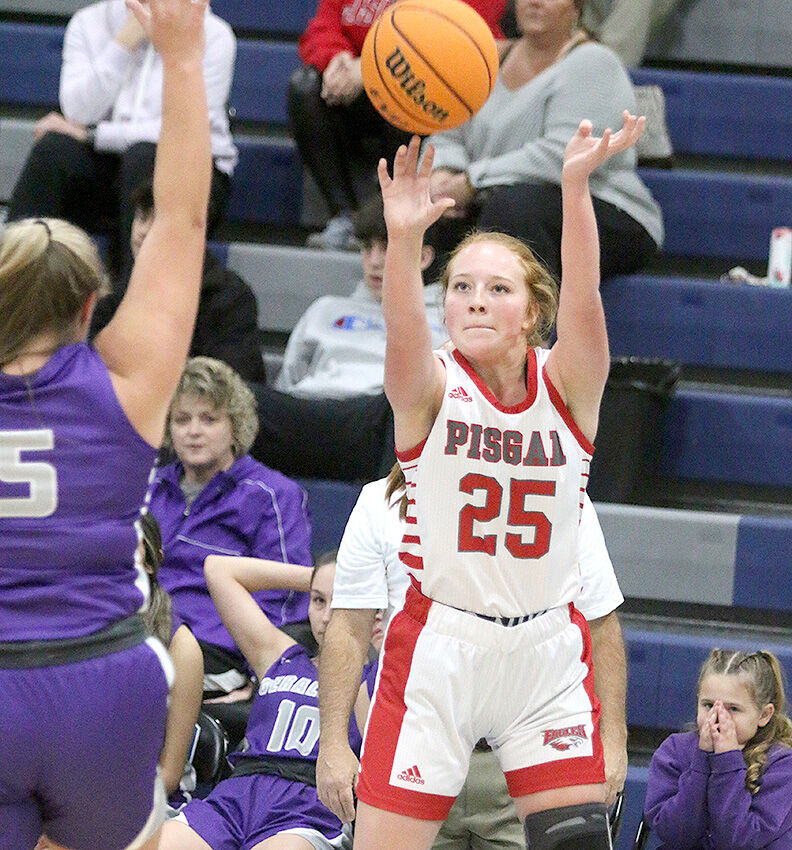 Karlee Holcomb sinks one of her three 3-pointers during Pisgah's win over Geraldine. 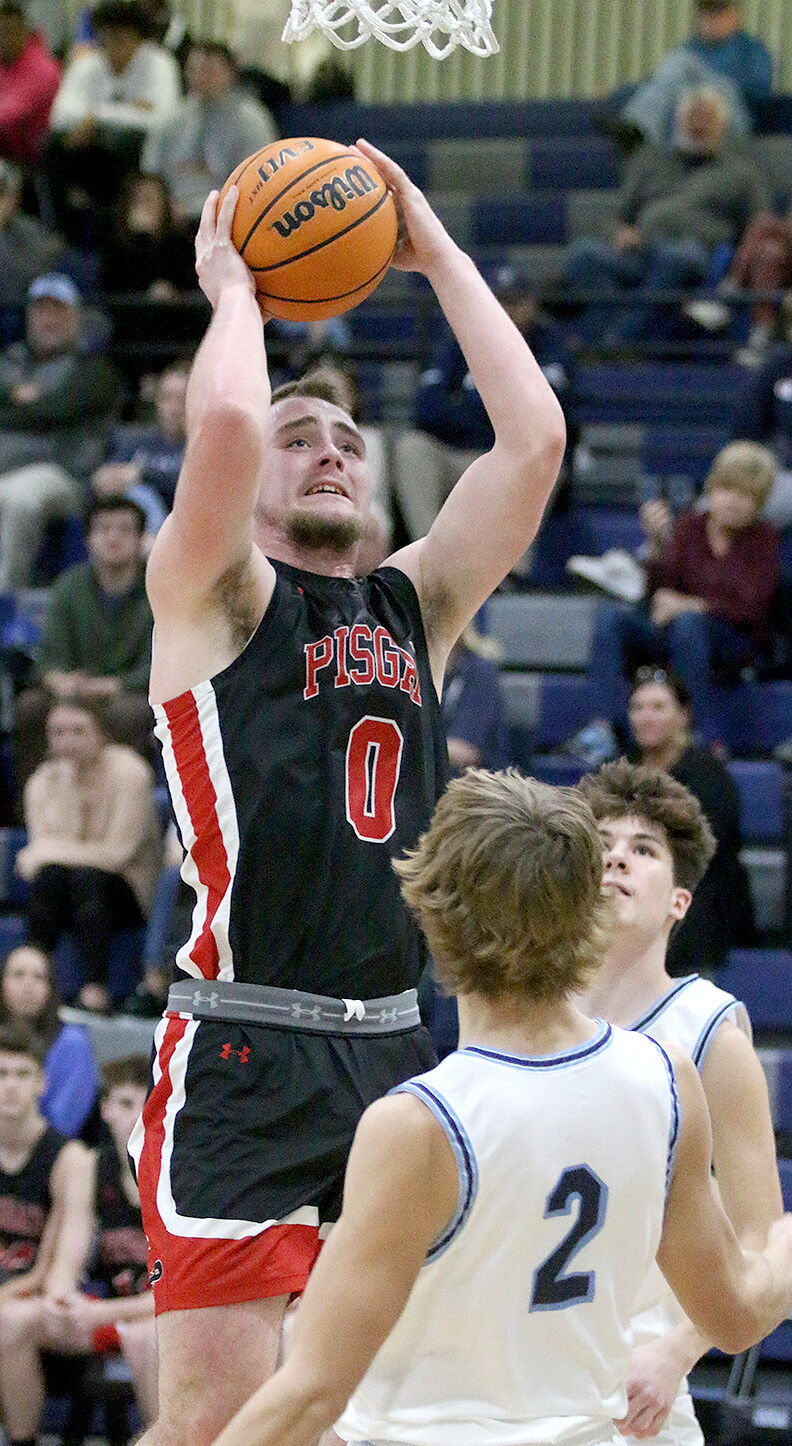 Karlee Holcomb sinks one of her three 3-pointers during Pisgah's win over Geraldine.

The Pisgah varsity girls basketball team is back in the Sand Mountain Tournament championship game.

After missing the title game last year for the first time since in 2014 years, the top-seeded and Class 2A No. 1-ranked Eagles returned to the finals with a dominant 85-43 victory over fifth-seeded Geraldine Wednesday afternoon at North Sand Mountain High School in Higdon.

Pisgah (12-2) plays second-seeded and 3A No. 6-ranked Plainview in the championship game Thursday at 5:45 p.m. Plainview edged third-seeded Ider 62-59 in Wednesday’s other semifinal game.

The Eagles took control at the start of its semifinal matchup with Geraldine.

Lipscomb signee Molly Heard scored the game’s first five points and Kallie Tinker sank back-to-back 3-pointers to give Pisgah an 11-0 lead just over two minutes into the game, and eighth-grader Campbell Barron’s buzzer-beating layup gave the Eagles a 28-7 lead after one quarter.

Pisgah then closed the first half with three consecutive Karlee Holcomb 3-pointers and Lila Kate Wheeler’s transition layup to lead 50-23 at halftime.

Pisgah’s lead grew to 72-36 after three quarters and the Eagles led by as many as 43 points in the fourth quarter.

The Eagles sank 16 3-pointers in the victory.

Tinker led all scorers with 19 points for Pisgah while Heard netted 16 and Paisley Patalas added 13. The Eagles also got nine points each from Holcomb, Barron and Piper Anderson, four from Wheeler and three each from Madeline Flammia and K.K. Wilborn.

Section 72, Ider 42 — At Higdon, the second-seeded and Class 2A No. 2-ranked Lions earned their first Sand Mountain Tournament finals appearance in four years with Wednesday’s semifinal victory over sixth-seeded Ider.

The Lions play top-seeded Plainview in the championship game tonight at 7:30 p.m.

Section (13-3), which led 15-7 after one quarter, used a 15-1 run from the end of the first quarter and halfway through the second quarter to take control and push its advantage to 35-15 at halftime. The Lions were in front 52-27 after three quarters.

Logan Patterson scored 22 points and Jacob Cooper netted 20 for Section, which also got five from Alex Guinn, four each from Antonie Jonathan, Braden Arndt and Jared Reed, three each from Kaden Bradford, Dominik Blair and Gabe Hilley and two from Drake McCutchen.

Jesse Massey scored 12 points, Hunter Robinson netted 10 and Austin Shirley and Will King pitched in six each for Ider.

Plainview 85, Pisgah 49 — At Higdon, fifth-seeded Pisgah’s Sand Mountain Tournament run ended with a semifinal loss to top-seeded and Class 3A No. 2-ranked Plainview on Wednesday.

Luke Gilbert led Pisgah with 14 points while Rhyan Barrett and Legion McCrary had 11 and Jakob Kirby had nine.

Leading scorers for Plainview were Jonah Williams with 19 points, Luke Smith with 15 and Cole Millican with 14.

Section 69, Sylvania 61 — At Higdon, the second-seeded and Class 2A No-ranked Lions held off seventh-seeded Sylvania to advance to the semifinals with Tuesday’s win.

Section trailed 22-17 after one quarter before moving in front 36-31 at halftime and leading 50-46 after three quarters.

Leading scorers for Sylvania (2-12) were Joshua Scott with 20, Brody Smith with 14 and Jerrett Luedy with 10.

Plainview 85, NSM 35 — At Higdon, seventh-seeded North Sand Mountain fell to second-seeded and Class 3A No. 6-ranked Plainview in a quarterfinal contest Tuesday night.

NSM (5-6) trailed just 18-9 after one quarter before Plainview stretched its lead to 42-15 at halftime. The Bison trailed 67-22 after three quarters.

Kayden Reyes scored 11 points for NSM, which also got six points each from Kolbie Bobo, Madison Renfro and Ashley Shrader.

Lauren Jimmerson scored a game-high 30 points for Plainview (10-3), which also got 11 each from Mylie Butler and Sawyer Hulgan and 10 from Hannah Regula.