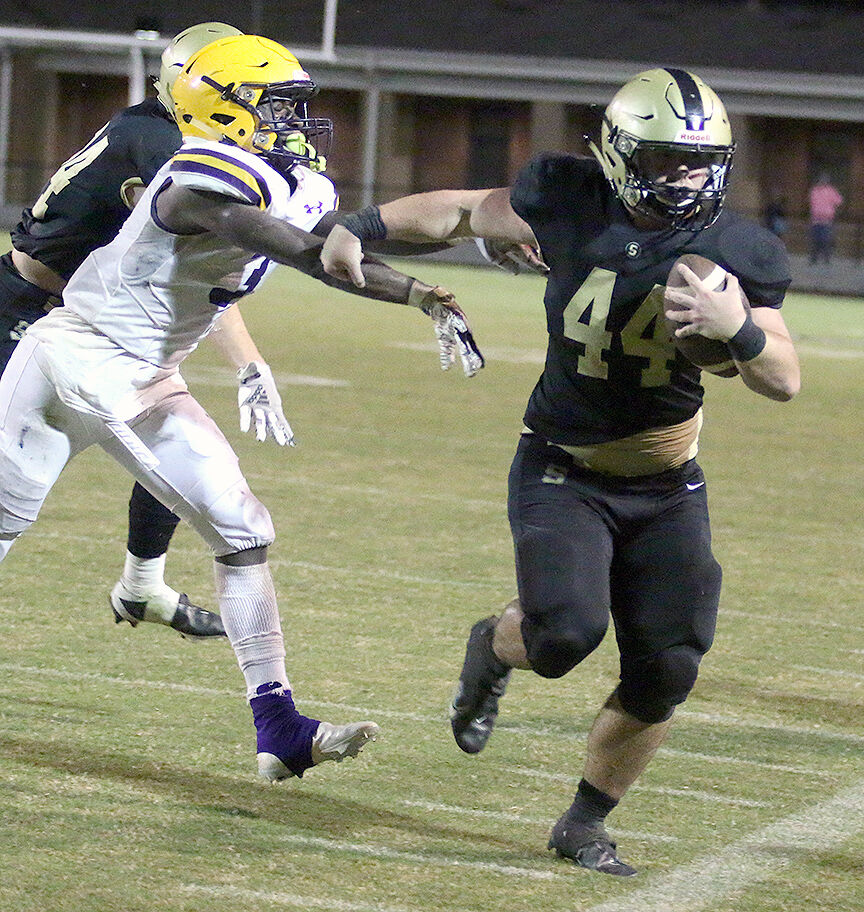 Will Dukes (44) returns an interception for Scottsboro against Springville. 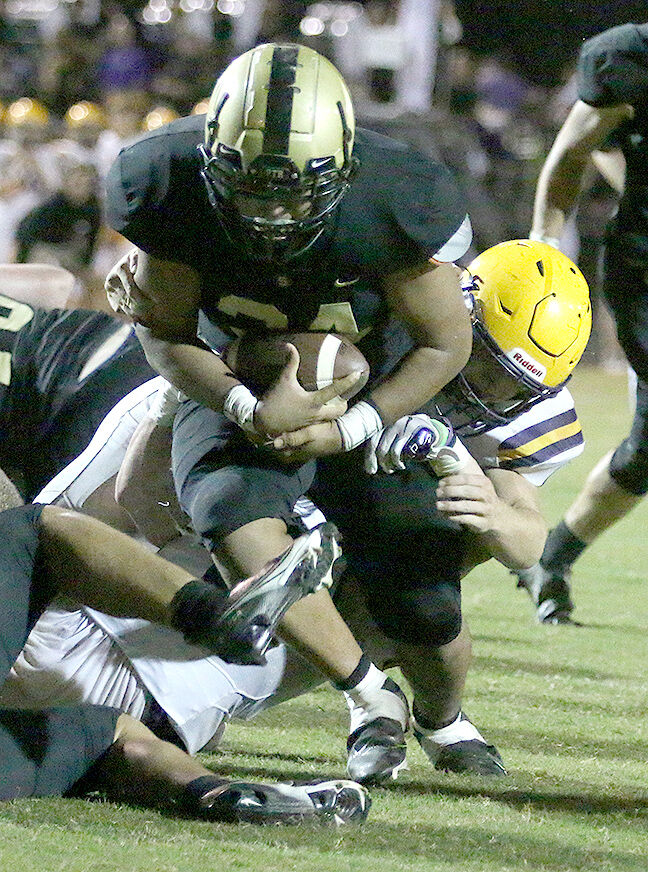 Keelan Alvarez barrels into the end zone from 5 yards out late in the fourth quarter of Scottsboro's 24-21 Class 6A Region 7 loss to Springville Friday night at Trammell Stadium. 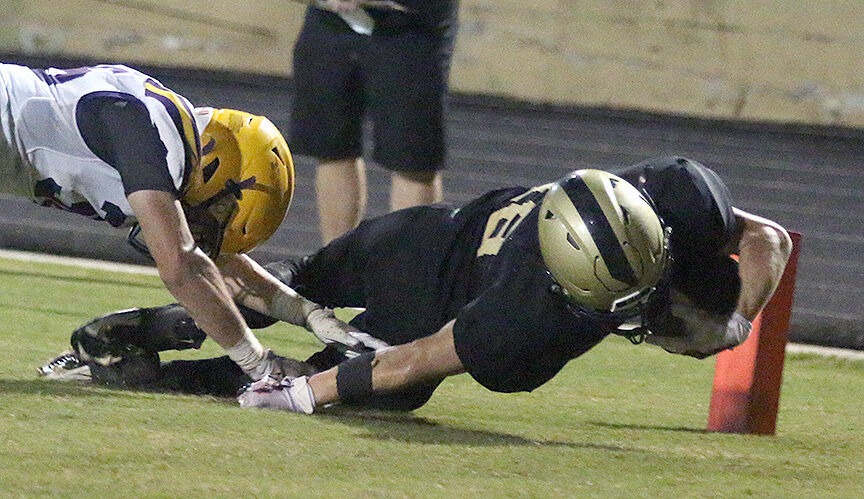 Thomas Rackler gets across the goal line for the tying two-point conversion late in Scottsboro's 24-21 loss to Springville. 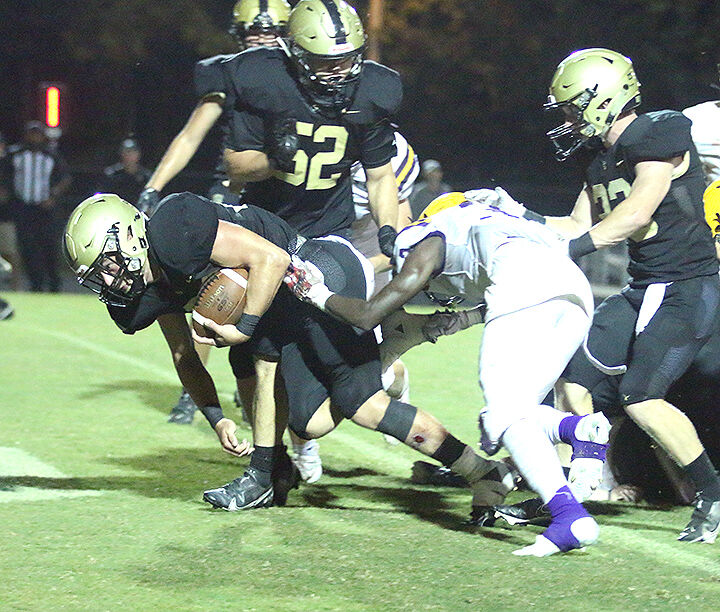 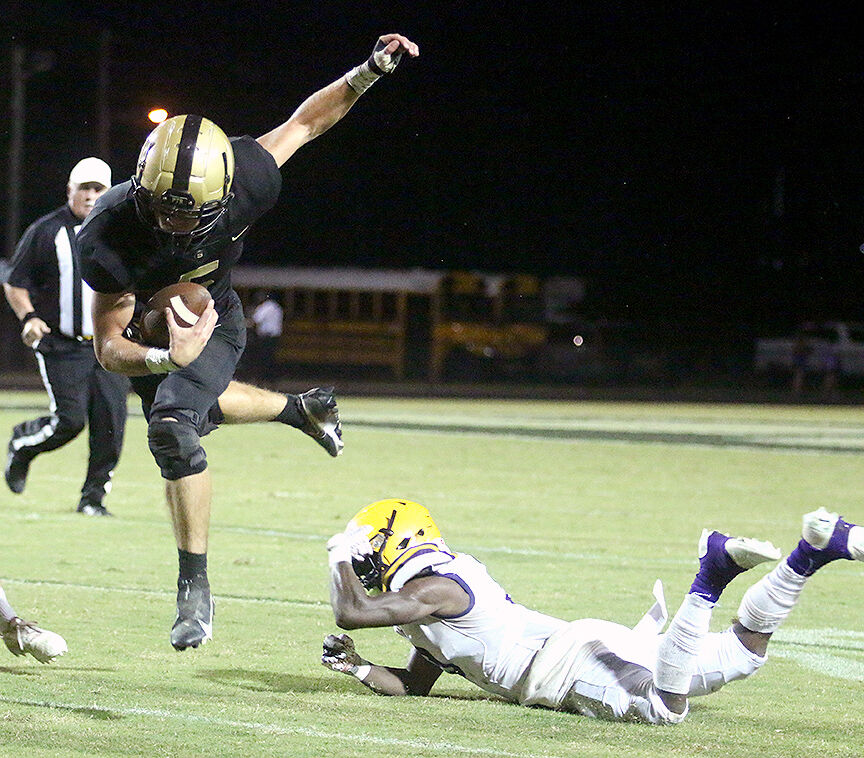 Will Dukes (44) returns an interception for Scottsboro against Springville.

Keelan Alvarez barrels into the end zone from 5 yards out late in the fourth quarter of Scottsboro's 24-21 Class 6A Region 7 loss to Springville Friday night at Trammell Stadium.

Thomas Rackler gets across the goal line for the tying two-point conversion late in Scottsboro's 24-21 loss to Springville.

The Scottsboro football team’s matchup with region foe Springville Friday night was encouraging and heart-breaking at the same time.

The Wildcats rallied from a 14-point halftime deficit, tying the game with a touchdown and two-point conversion with 1:42 remaining, before visiting Springville kicked the game-winning field as time expired to defeat Scottsboro 24-21 Friday night at Trammell Stadium.

Springville drove 53 yards on seven plays to set up John Wolf’s game-winning 38-yard field goal as time expired. There was some question as to whether or not an official blew his whistle before the kick, but the kick was ruled good by the officiating crew.

“We certainly made progress in the second half,” said Scottsboro head coach Cris Bell. “(But) it’s a tough one. It’s bitter. The bad news we’ve got a week off. You’d like to have another to get this taste out of your mouth. But we can’t. We’re going to get better next week, get healthy and get ready for Fort Payne (on Oct. 1).”

Springville (2-2, 1-1) used touchdown runs of 1 and 11 yards by Ashton Frye to build a 14-0 halftime lead. But Scottsboro took the opening possession of the second half 78 yards one seven plays, with Gavin McCrary’s 41-yard run setting up his 1-yard touchdown run to pull the Wildcats within 14-6 after a botched PAT.

After Scottsboro muffed a punt, Springville went up 21-6 on Jamel Williams’ 14-yard touchdown pass from Frye and the third of Wolf’s three PATs.

Scottsboro countered with Landon Grider’s 3-yard touchdown run and Alvaro Cazorla’s PAT to pull within 21-13 with 10:20 remaining. The Wildcats next possession result in a fumble at the Springville 1-yard line, but Will Dukes gave the Wildcats another shot at tying the game with an interception with 2:41 remaining. Scottsboro took the ball 25 yards on four plays, getting a 5-yard touchdown run from Keelan Alvarez to pull within two. Thomas Rackler then took the sweep around left end and dove across the goal line for the tying two-point conversion.

Taking over with 1:35 remaining, Springville drove for the winning score. The key play in the drive was Frye’s 20-yard pass to Patrick Bennett to the Scottsboro 16-yard line with 12 seconds remaining. After a delay of game penalty backed the Tigers up 5 yards, Wolf kicked the winning field goal.

“We saw a glimpse there in the second half of what we’re capable of,” Bell said. “We grew up a little tonight. How we handle this we’ll find out how much we’ve grown up.”

› Greg Bell of WWIC  RADIO 1050 AM contributed to this report.