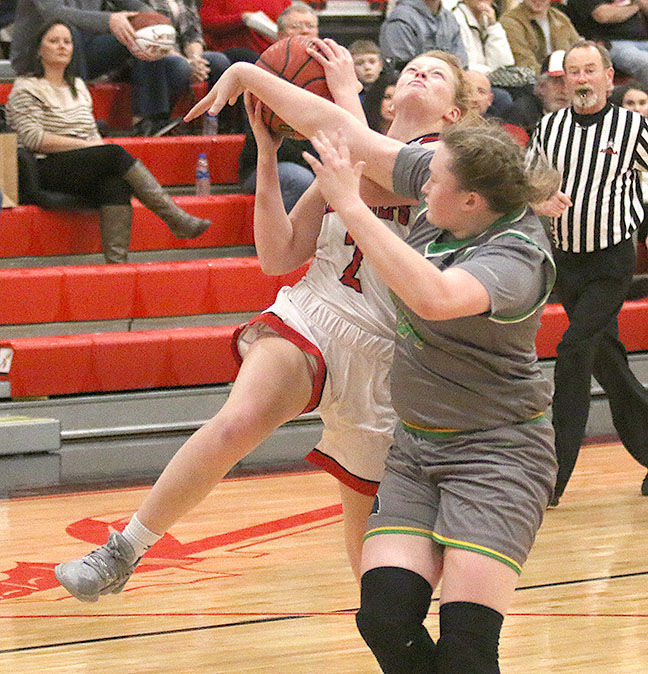 Hadley Burnette (left) is fouled by a Richard Hardy defender as she drives in for a layup during North Jackson's win. 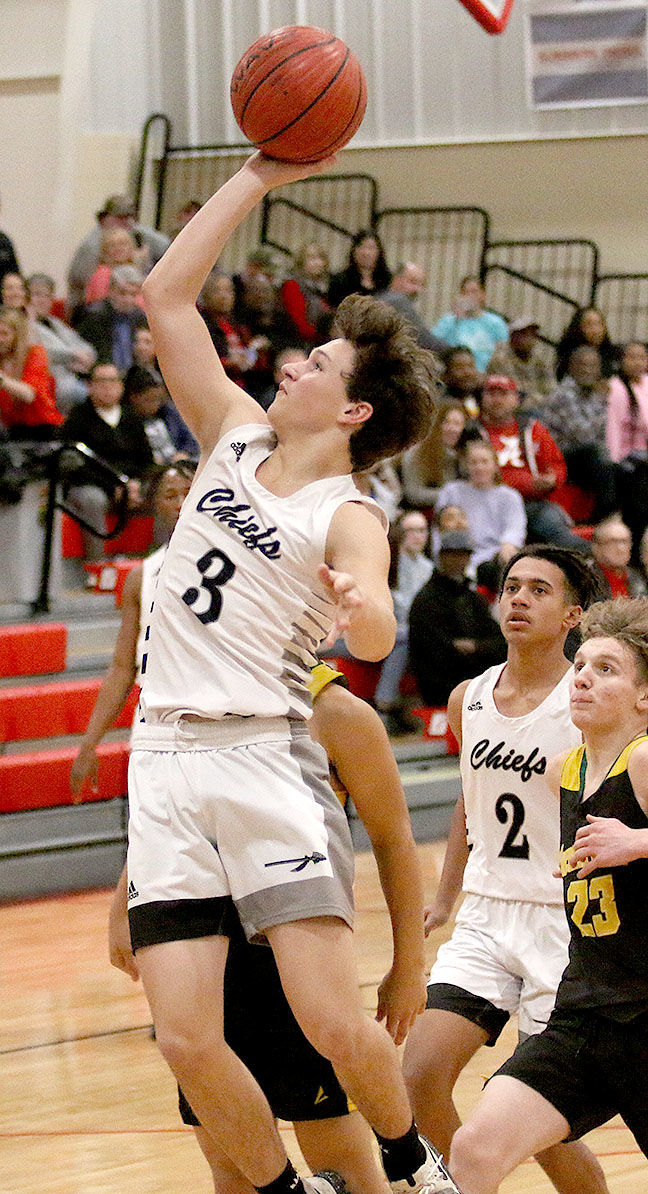 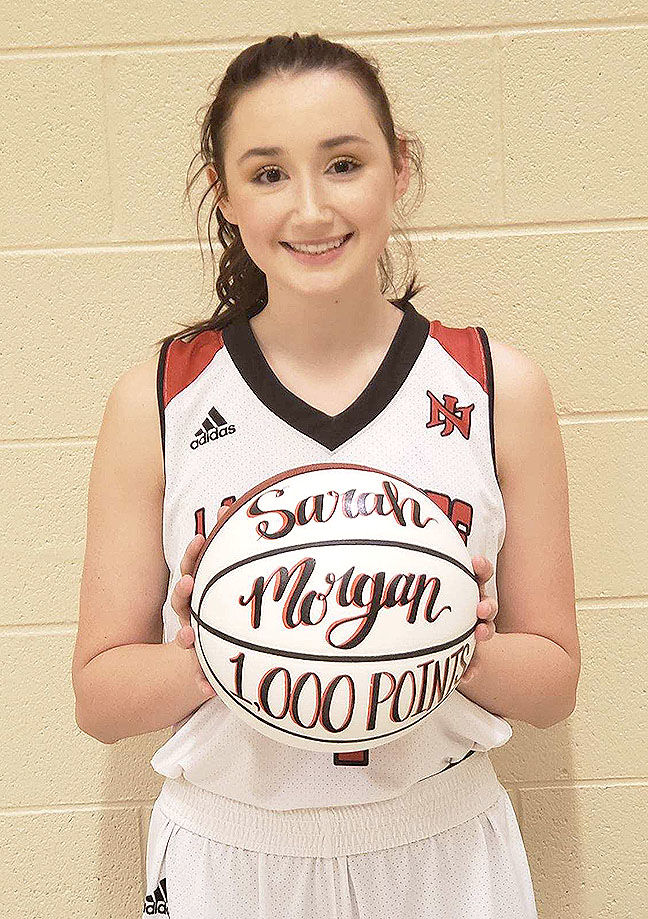 Hadley Burnette (left) is fouled by a Richard Hardy defender as she drives in for a layup during North Jackson's win.

The North Jackson varsity girls basketball team closed the regular-season with a win over its state-line neighbor.

The Class 4A No. 4-ranked Chiefs built an 18-point halftime lead on the way to a 72-42 “Senior Night” victory over Richard Hardy of South Pittsburg Tennessee Friday night in Stevenson.

Morgan reached the 1,000 career point mark for her career during the game.

North Jackson 84, Richard Hardy (Tenn.) 40 — At Stevenson, the Chiefs closed the regular-season with a dominant performance against Richard Hardy.