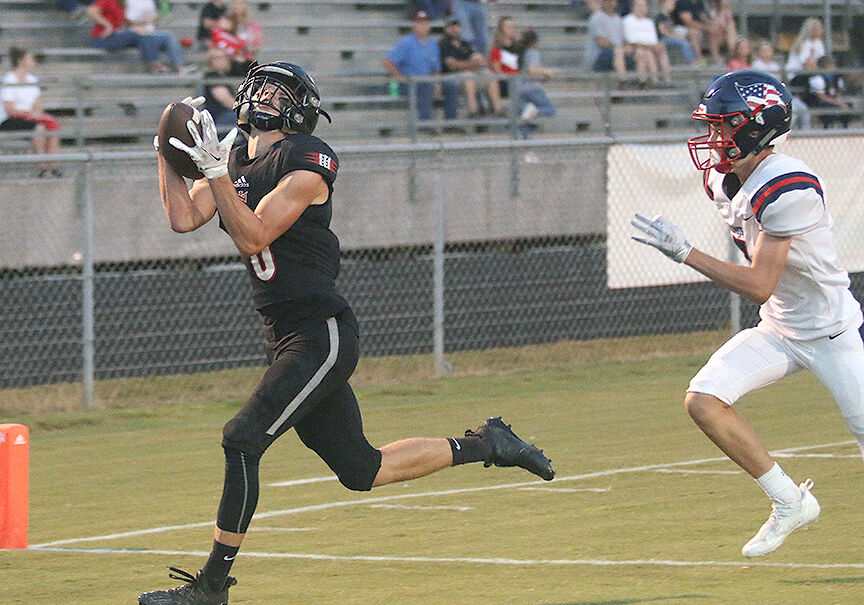 Brady Cunningham hauls in a 22-yard touchdown pass during the first quarter of North Jackson's 53-6 win over DAR. 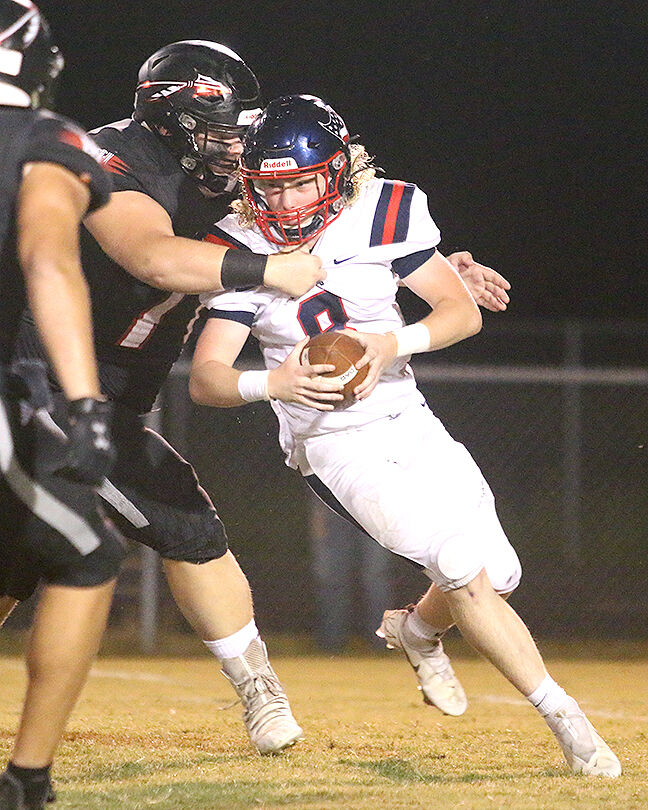 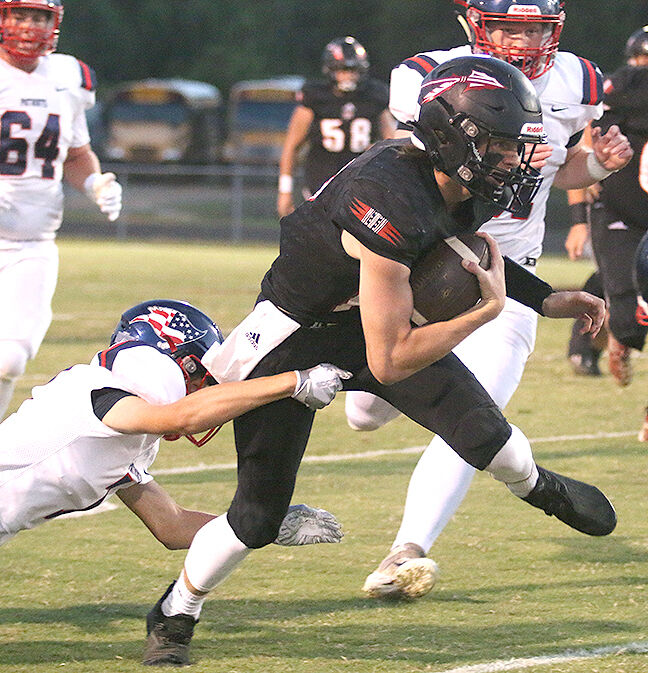 Dalton Morris breaks away from a DAR defender to pick up extra yardage during North Jackson's 53-6 Class 4A Region 7 win Friday night.

Brady Cunningham hauls in a 22-yard touchdown pass during the first quarter of North Jackson's 53-6 win over DAR.

Dalton Morris breaks away from a DAR defender to pick up extra yardage during North Jackson's 53-6 Class 4A Region 7 win Friday night.

The Chiefs bolted to a 34-0 halftime lead on the way to a 53-6 Class 4A Region 7 victory over visiting DAR Friday night at R.D. Hicks Stadium in Stevenson.

North Jackson (2-1, 2-0) has outscored region opponents Westminster Christian and DAR 63-0 in the first half the past two weeks.

“It’s just practice, preparation, doing everything right over and over again (and) just coming out, hitting full speed and clicking on all cylinders,” North Jackson head coach Joe Hollis, Jr. said of the Chiefs first-half dominance so far in region play. “We played with a lot of passion. We were physical up front. I thought the kids played really hard. The assistant coaches had a great game plan, they prepared really well and the kids went out there and executed.”

North Jackson outgained DAR 307-68 in total yards as it improved to 16-1 all-time against the Patriots, who have now lost eight straight games to the Chiefs.

Morris hit Cunningham for a 22-yard touchdown pass less than three minutes into the game and Tito Vasquez kicked the first of his five PATs to give the Chiefs a 7-0 lead.

North Jackson hosts No. 3-ranked Madison Academy (3-1, 2-0) in a battle of region unbeatens next week.

› Jordan Eakin is a sports correspondent for The Jackson County Sentinel.