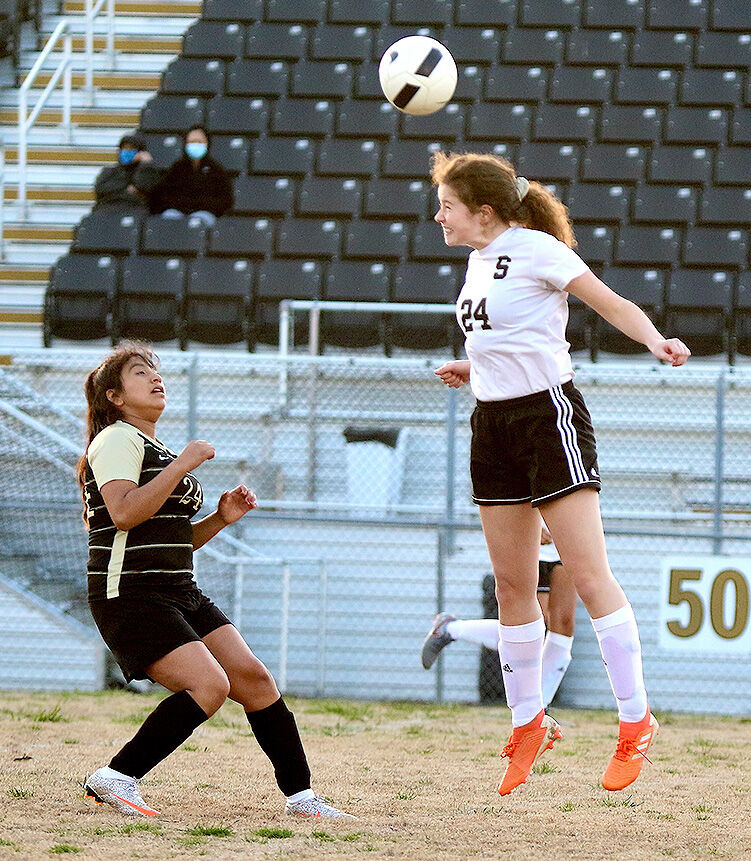 Annabelle Parrish (right) headers the soccer ball to try to give Scottsboro possession during a 4-2 win over Crossville. 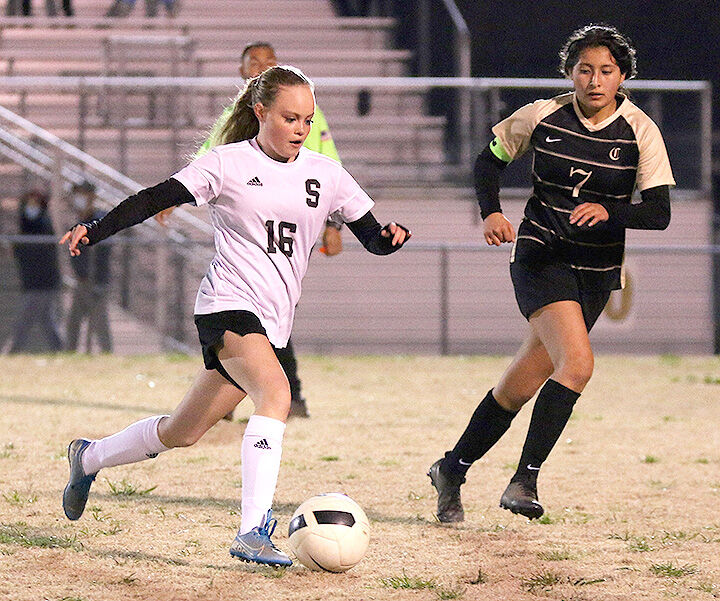 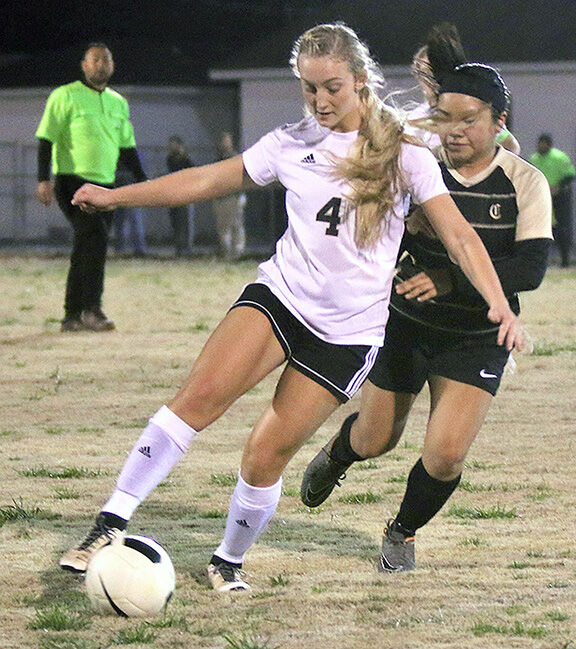 Alandry Gamble (4) had an assist during Scottsboro's 4-2 win over Crossville on Tuesday.

Annabelle Parrish (right) headers the soccer ball to try to give Scottsboro possession during a 4-2 win over Crossville.

Alandry Gamble (4) had an assist during Scottsboro's 4-2 win over Crossville on Tuesday.

The Wildcats broke a 2-all tie late in the second half before adding another goal down the stretch to post a 4-2 victory over host Crossville.

It was the Wildcats’ second win over Crossville in as many days. Scottsboro (2-1) defeated the Lions 6-1 at home on Monday.

In the rematch, Nevada Champion and Maddie West scored two goals each after combining for five goals during Monday’s victory over Crossville.

West had the go-ahead goal during Tuesday’s win, scoring off an assist from Rosaura Diego with 13 minutes left.

Champion and Alandry Gamble also had assists for Scottsboro. Champion’s assist was the 11th of her career, making the junior the program’s all-time career leader in assists.