Seventh-grader Mia Martin ran to a 27th-place finish in the Class 6A Girls state championship race. Scottsboro finished sixth in the team standings. 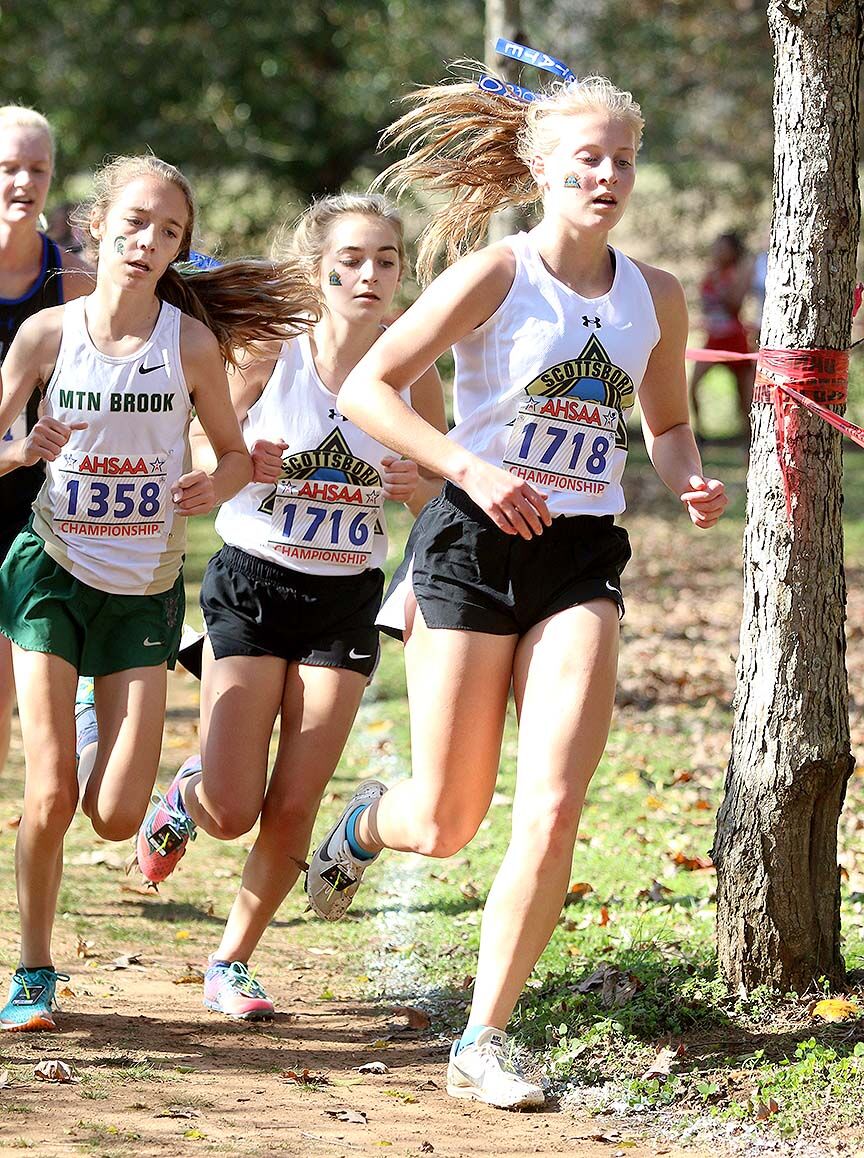 Seventh-grader Mia Martin ran to a 27th-place finish in the Class 6A Girls state championship race. Scottsboro finished sixth in the team standings.

It was state championship or bust.

And when then Wildcats didn’t claim a state title, it was of no fault of their own, said head coach Luke Robinson.

Scottsboro closed with a team score of 174. Homewood won the state title with a winning low score of 59, nine points better than runner-up Mountain Brook (68). McGill-Toolen (170) was third while Northridge (171) edged Briarwood Christian (171) via tiebreaker for fourth place.

Robinson said the Wildcats, who won the past three Class 5A girls state championships, gave everything they had in an effort to win their first 6A crown.

“We knew on the girls side we had some ground to make up,” Robinson said. “We might’ve could’ve been more conservative and maybe done a little better (in the team standings), but that was not what we came here to do. We threw it all out there. We were going for it. We were seeded third, but we weren’t going to try to sit there and hold there. Let’s go for it. And if it bites, it does. They’re competitors. They were bummed. But I asked them if they had anything left to give on that trail and they all said ‘no sir,’ and so I said ‘then we had a good day.’”

“I’m really proud of them,” Robinson said of his runners. “We’ve got everybody coming back. We’re not going anywhere.”