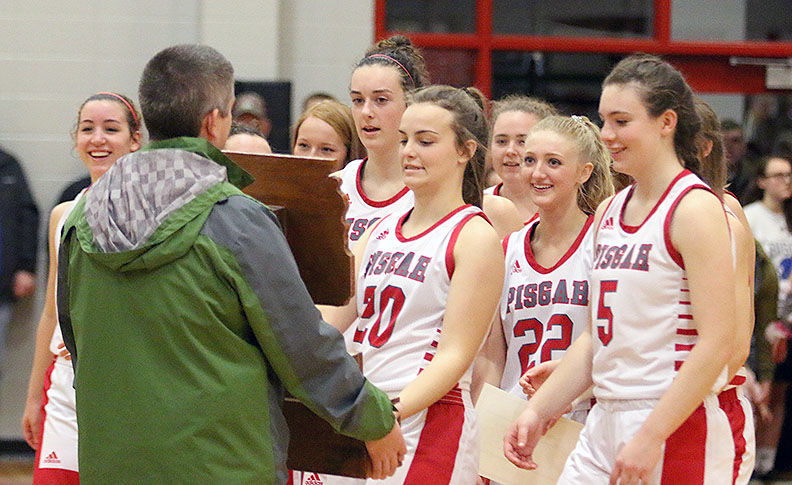 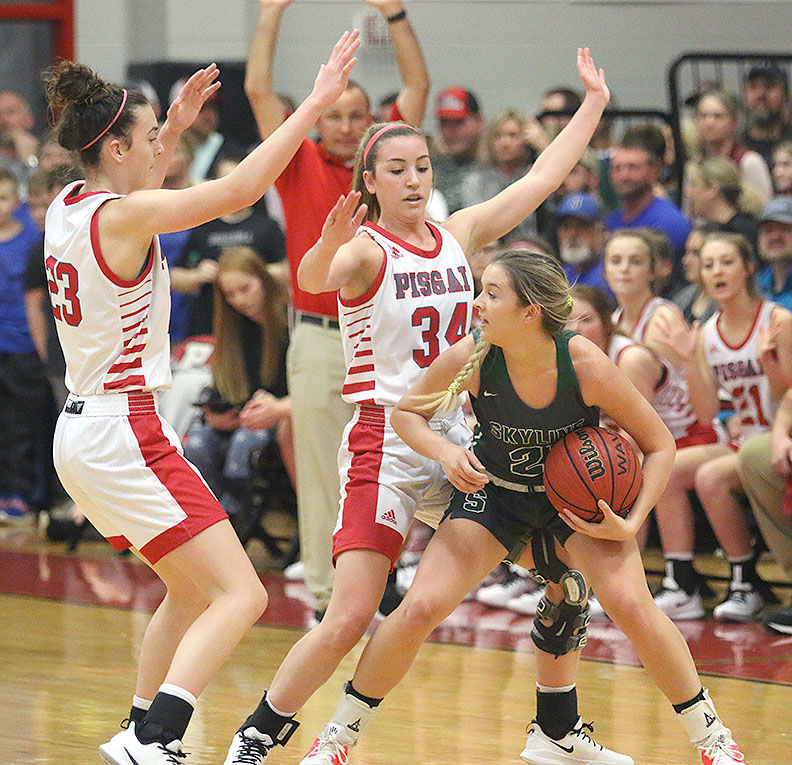 The Class 3A No. 1-ranked Pisgah varsity girls basketball team has not faced a lot of on-court adversity this season.

But when adversity came in the form of a determined Class 1A No. 2-ranked Skyline team, the Eagles found a way to keep an impressive steak alive.

Top-seeded Pisgah opened the fourth quarter with a 16-0 scoring run to lift it to an eventual 68-49 win over the second-seeded Vikings in the Jackson County Tournament championship game Saturday night at Pisgah High School.

“Try not to count it and think about (the championship streak) a lot, big it’s big,” Ellison said. “I complain about playing the same teams over and over, but at the same time, it’s a big deal to the kids and to the communities, obviously based on the last three nights here with great crowds. It was almost like we’d went back in time 20 years. A lot of excitement about basketball. It was nice to win it here (at home). Happy for all of the kids.”

The win was Pisgah’s 34th straight win on its home court and the Eagles have now 13 straight Jackson County Tournament games. It was the fifth straight season that Pisgah and Skyline meet in the finals.

Molly Heard finished with 25 points, 10 rebounds and four steals for Pisgah (23-1) while Chloe Womack had 18 points and five rebounds. Layla Hatfield totaled 10 points and three assists and Kallie Tinker had 10 points and two steals while Madison Myers contributed five points, nine rebounds, three assists and four steals. Womack was the tournament MVP while Heard, Myers and Tinker was named to the all-tournament team.

For Skyline (21-3), which had a its 10-game winning streak snapped, Bailee Usrey recorded 19 points and four rebounds while Gracie Stucky had 16 points, six rebounds, two assists and five steals and Aidan Bellomy had nine points and two steals. All three players were named to the all-tournament team.

Pisgah knocked many teams out of games early with its full-court pressure, but Skyline was able to make the game played in the half-court. The game was tied 14-all after one quarter before Skyline grabbed the lead late in the second quarter and carried a 34-31 advantage into halftime after Usrey’s buzzer-beating free-throw line jumper.

It was the first time Pisgah had trailed at halftime this season.

The Vikings extended their lead to 39-35 midway through the third quarter, but a putback from Heard, two Tinker baskets and Heard’s 3-pointer and Hatfield’s two free throws put the Eagles back in front 46-44 entering the fourth quarter.

Womack then started Pisgah’s game-clinching scoring run, converting a 3-point play and then sinking a 3-pointer 30 seconds later to start the run as the Eagles outscored Skyline 22-5 in the final quarter.

“That was a big momentum boost that we’d been trying to find,” Ellison said. “We changed the defense again, had been sort of sitting on the change until the fourth quarter so we could at least catch them by surprise coming out of the quarter break. The momentum shift and the defense with the pressure definitely gave us that cushion we needed.”

McCarver looked past the final outcome and was excited with Skyline’s performance and postseason potential.

“These girls played hard, play their guys out. I’m really proud. We can really guard (defensively). They put out effort like crazy, listen, do what you tell them to do,” McCarver said. “We did everything we needed to do. We gave up a couple to Heard there, (Womack) had a big 3, that was a big difference. Couple of big plays they made. A couple of missed layups (by Skyline) and a few (less) turnovers and we’re there.”