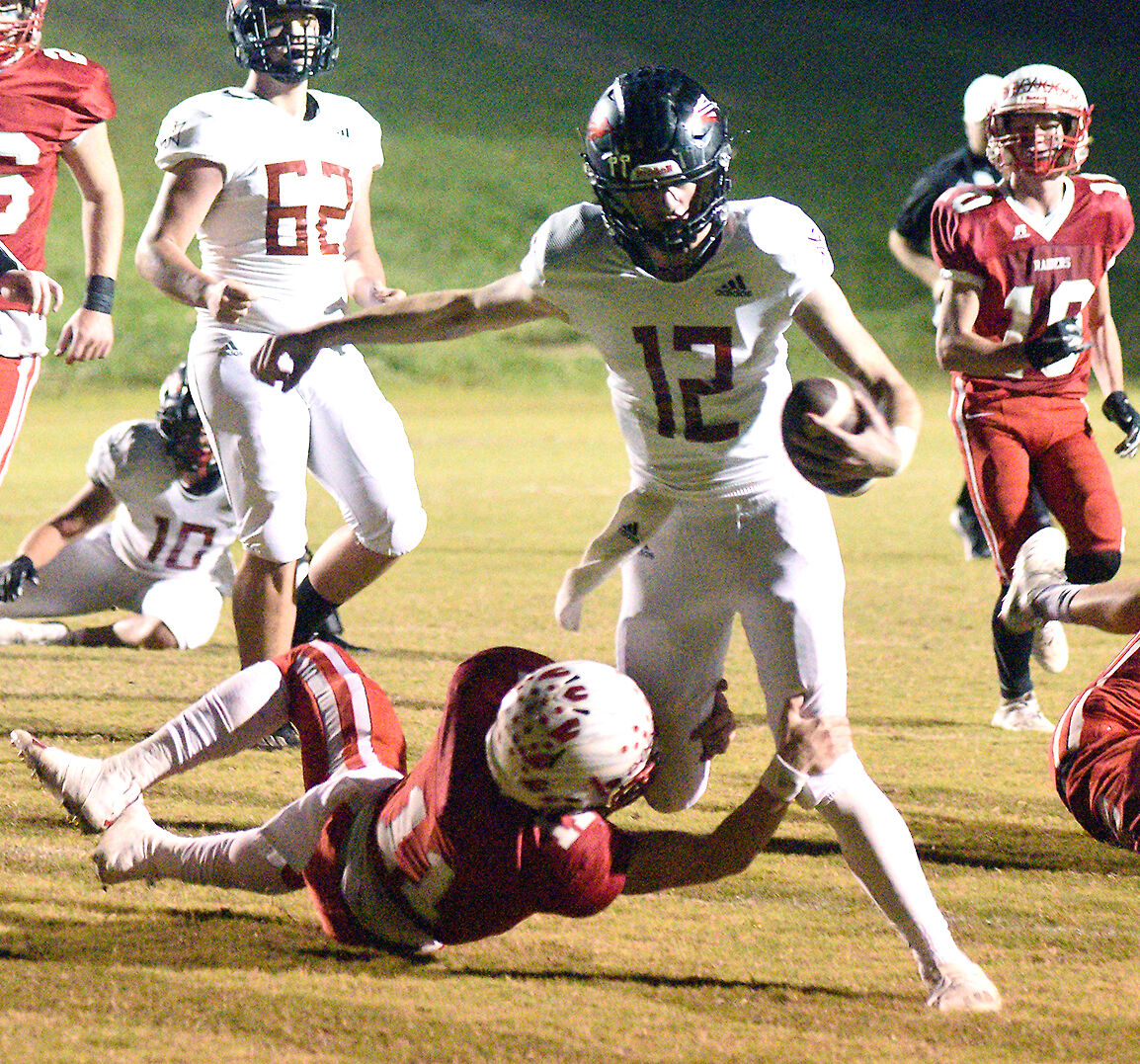 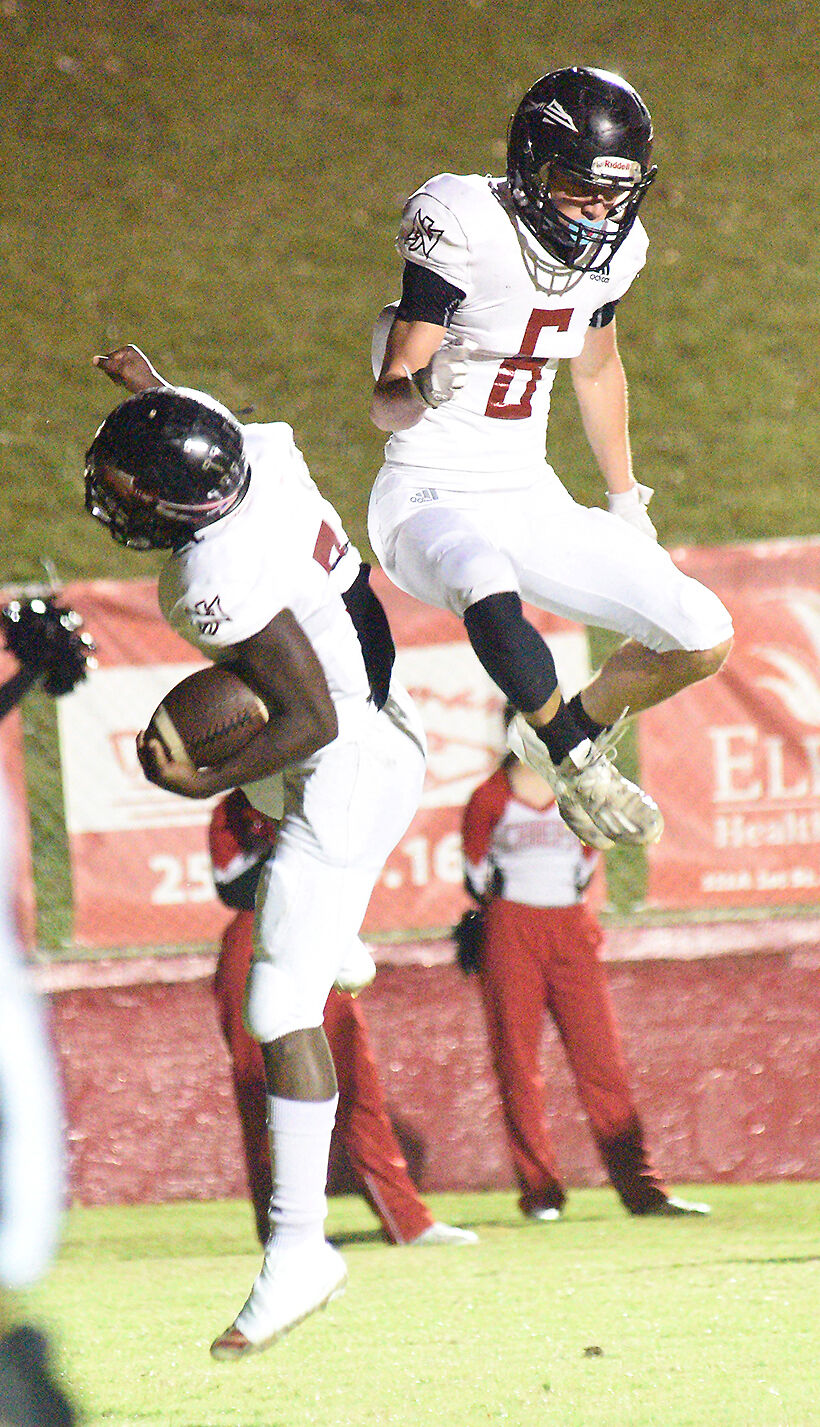 Chandler Tygard’s second campaign as North Jackson’s head football coach was an improvement, although the outcome was not what he had hoped for.

Tygard’s first playoff appearance with North Jackson ended in a first round loss to Class 4A No. 10 Good Hope by a score of 33-8.

“We made a lot of improvements this year,” said Tygard. “We’re making a lot of progress, but we still have a long way to go. When you’re the three seed, you’re going to get a good team on the road, and we just went up against a better team tonight.”

Good Hope used a strong rushing attack to build its lead, control the clock and keep the ball away from North Jackson’s offense.

Tygard said Good Hope’s size was a big factor in its success running the ball.

“They’re huge,” said Tygard. “You don’t see a lot of 240-pound running backs. They controlled the clock for most of the game.”

Tygard also said his team did a good job of moving the ball, but penalties were the problem for his team on offense.

“We moved the ball all night, but it always seemed like a penalty put us behind the chains. We’re not good enough to convert 3rd and 20, most people aren’t,” said Tygard.

North Jackson grabbed the early momentum in the game when junior Anthony Guess recovered Paul Marteaux’s onside kick to open the game. Two penalties would quickly derail the possession, which ended on downs. Good Hope answered with a scoring drive, capped off by quarterback Tanner Malin’s one-yard touchdown run. The Raiders would convert a two-point conversion to go up by eight early in the contest. North Jackson responded with a scoring drive of its own. Dalton Morris found the end zone from 11 yards out, and Nigel Lanier’s pass to Myron Walton for the two-point conversion tied the game at eight. That touchdown, with 3:41 left in the game, turned out to be North Jackson’s lone score of the night. Malin scored again late in the first quarter on a 36 yard run to extend the Good Hope lead to 14-8.

North Jackson could not get anything going on offense in the second quarter. Out of its three possessions in the quarter, two ended on downs and the other ended with a punt. Good Hope used its running game to tack on two more scores. Senior running back Colton Bagwell scored on a three-yard run with 8:15 left, and Eli Pugh scored from eight yards out just before the half. Good Hope led 27-8 at halftime.

North Jackson put together an 11-play drive to open the second half, but penalties would again put them behind the chains and stall the drive. Neither team would put points on the board in the third quarter.

The Chiefs had an opportunity to score early in the fourth quarter, but Walton lost a fumble inside the red zone. After the fumble, Good Hope ran more than six minutes off the clock, and Bagwell delivered the finishing blow with his second touchdown of the night.

Good Hope totaled 275 rushing yards on its way to the victory Friday night. Bagwell led the attack with 176 yards on 31 carries and two touchdowns. Malin carried the ball 10 times for 78 yards and two touchdowns. North Jackson senior running back Johnny Gilliam rushed for 68 yards, and he caught three passes for 39 yards. Morris completed 11 of 23 pass attempts for 120 yards. He added a score on the ground. Lanier caught four passes for 53 yards.

Tygard had nothing but praise for his 12 seniors after the game.

“They’re awesome. These guys have been part of two playoff teams and two losing teams, so they’ve learned a lot. We’re definitely going to have some holes to fill,” said Tygard.