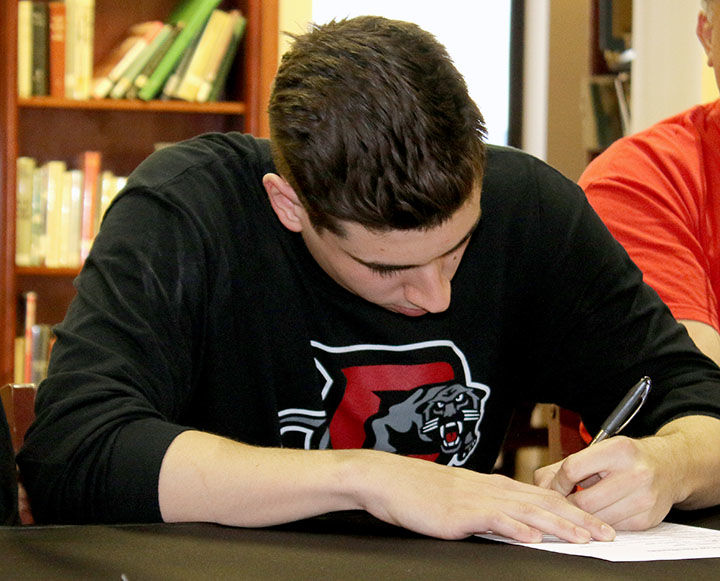 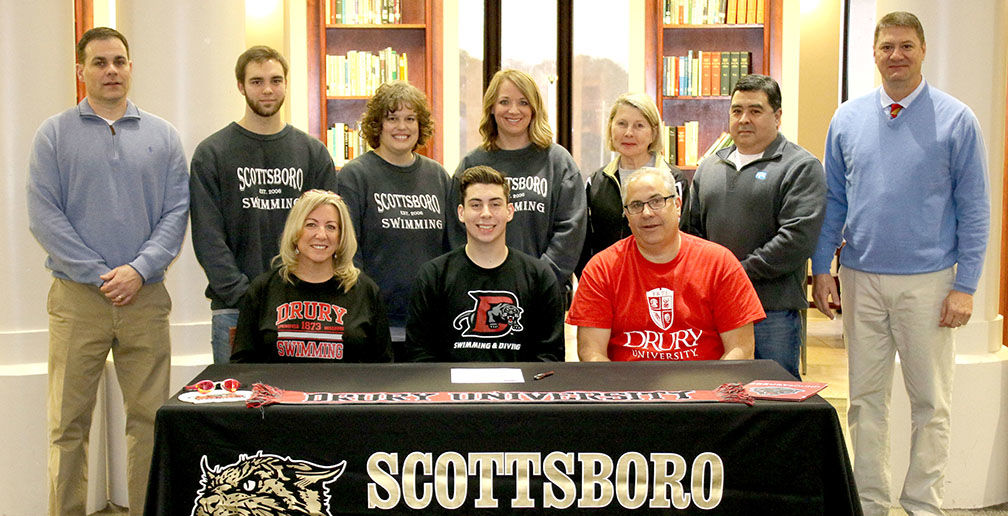 Kyle Vosen sat down at a table in the Scottsboro High School Library — pen in hand — ready to set the next step in his swimming career.

“Every since I was at eight [years old], I wanted to be the best I could. Swimming in college, trying to make the Olympics, that’s something I’ve wanted to do. I’ve dreamed of swimming at the highest level possible.”

The Scottsboro senior and four-time state champion swimmer achieved one of those of those goals when he signed a letter of intent to swim collegiately at Drury University during a signing ceremony attended by family, teammates, coaches, friends and SHS administrators and Thursday morning.

Vosen, who plans to major in bio chemistry, chose Drury in part because of its small-college positives.

“They only have 2,000 students, so small class sizes allows you to connect with teachers,” Vosen said.

“I’m excited about swimming for him,” Vosen said. “He really has an idea of how to take his athletes to the next level.”

Vosen swam at a high level throughout his high school career. He won state championships in the 200 IM and 100 Breaststroke during his junior and senior seasons. Vosen won every individual race he swam during his senior season and he broke his own state record in the 100 Breaststroke during the state meet in Auburn last December. His efforts helped Scottsboro to top-four state team finishes in each of the past two seasons.

Vosen said winning his first state championship was one of the most exciting moments of his swimming career, a career forged on hard work and dedication to the sport.

“It’s been a lot of waking up at 4:15 a.m., practicing 5-7 a.m. in the summers, going to the gym and working out and going back to swim for another hour-and-a-half in the evenings,” Vosen said. “It’s all been worth it.”