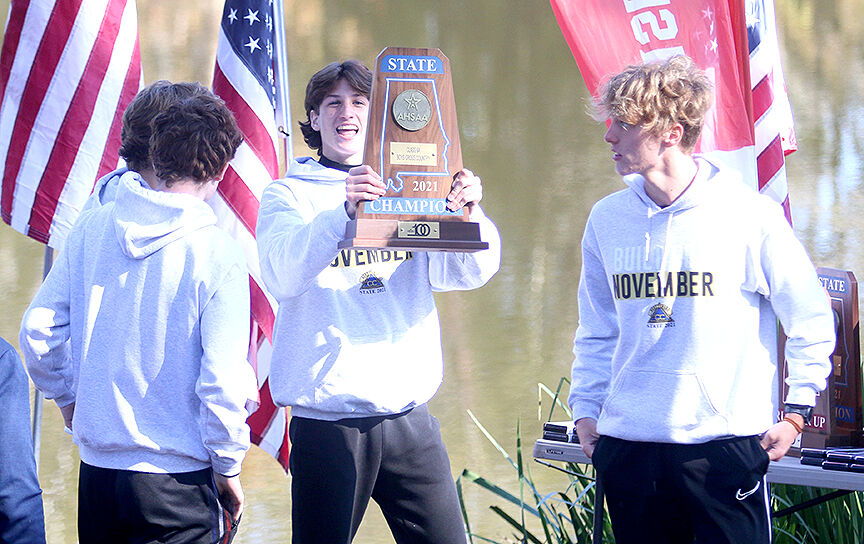 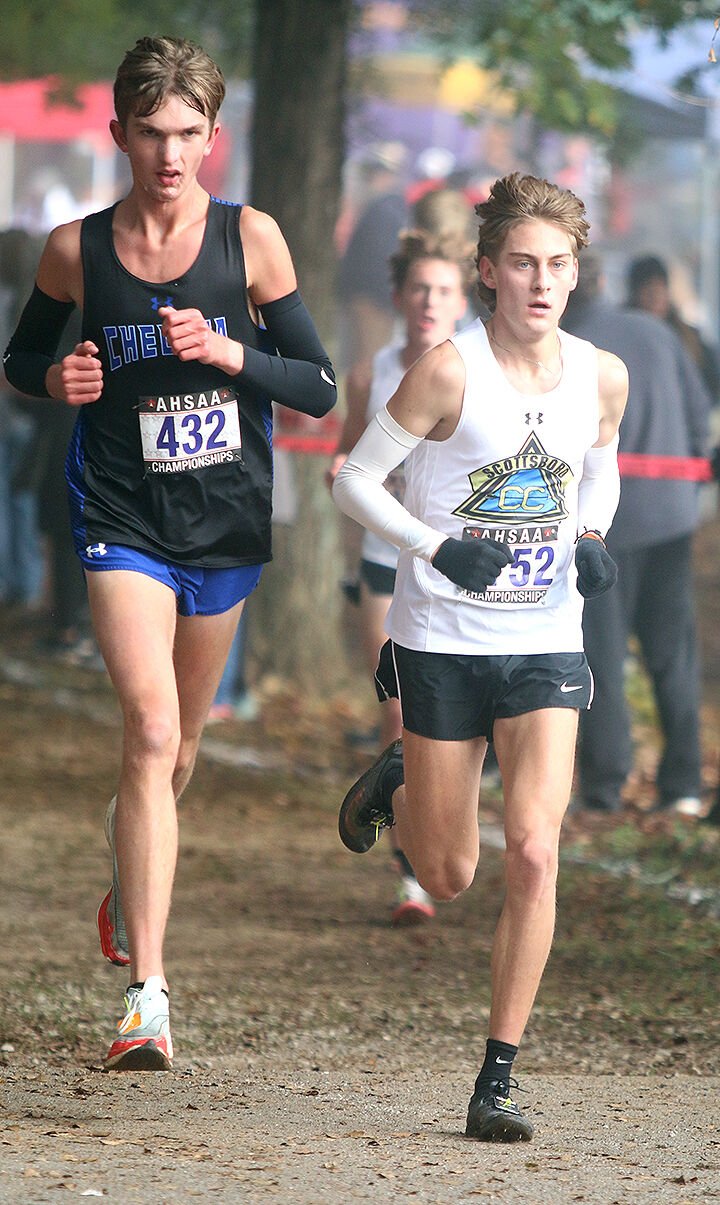 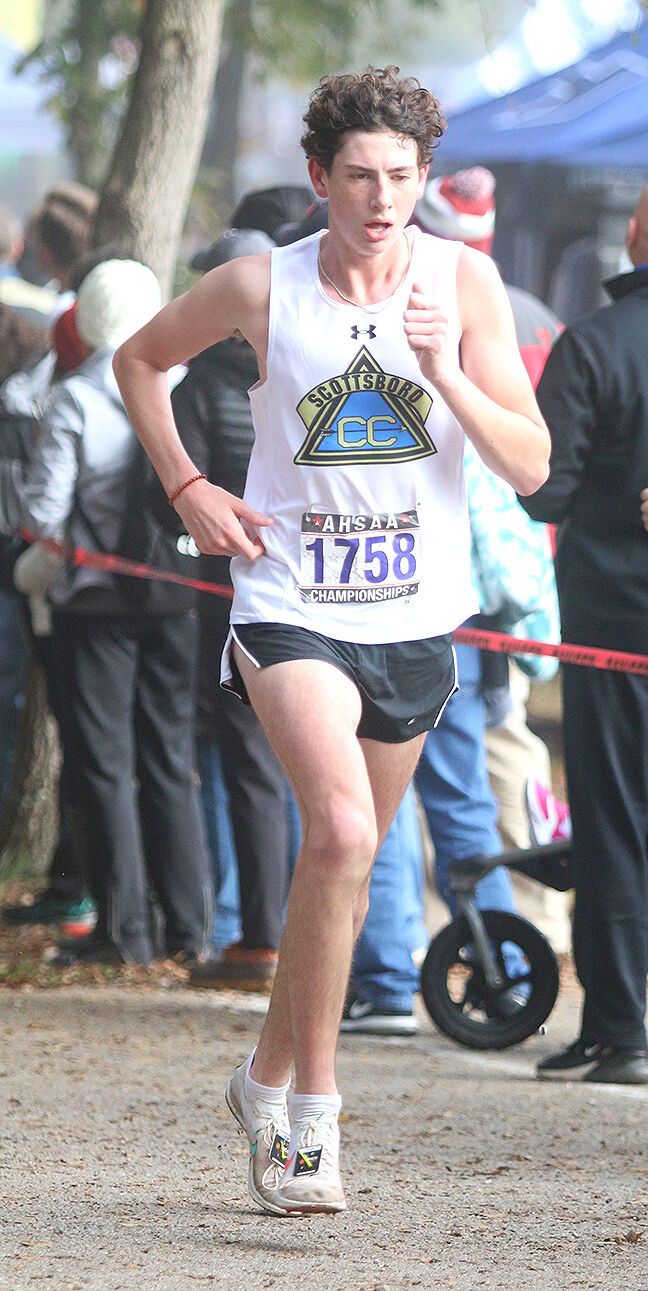 “We heard it all through track (season), ‘what are y’all going to do next year?’” said Scottsboro coach Luke Robinson. “We knew the whole time.”

The answer to that question was answered time and time again during the 2021 season, and answered one more time on Saturday as Scottsboro posted a dominant state championship meet performance on the way to claiming a sixth consecutive state title at a cold and foggy Oakville Indian Mounds Park.

Scottsboro finished with a team score of 47 points, well in front of runner-up Mountain (79).

“We kind of knew coming into to it, if we brought it, we’d win it,” Robinson said. “That was the goal from the get-go back in June to win another state title and they aimed higher and wanted to be the best team in the state, not just necessarily 6A. I think they showed that in this race.”

“It’s a really good feeling to know that this dynasty keeps going,” said Scottsboro senior Rex Green. “Our coach, he prepares us and trains us the right way and we come to every race prepared to win with the mindset that we’re the best team.”

Scottsboro won six of its 11 races this season and five of its last six.

At the AHSAA Championships, Scottsboro had four runners make all-state (Top-15 finish) and its five scoring runners all finished inside the Top 20.

Junior Evan Hill led the Wildcats’ dominance, posting a state-runner-up individual finish with a time of 15:32.43. He finished less than nine seconds back of Chelsea star Miles Brush (15:23.96), who won his second straight individual Class 6A state championship.

“(Hill) went after him,” Robinson said. “Congrats to Miles Brush. Kid’s a beast. Evan went for it and ran great.”

It was a special finish for Avenel, who missed last season’s state meet because of COVID-19 and then overcame an lingering injury before working his way back to racing midway through the 2021 season.

“Being back here with the guys (competing) is just really special because we’ve been talking about this all year,” Avenel said.

For Bell, it was the first taste of a state championship for the senior who transferred from Oak Mountain when his father Cris became Scottsboro’s head football coach last spring.

“This is my first blue map (and) it feels really great,” Reese Bell said. “Moving here over the summer, I knew Scottsboro was a powerhouse for Alabama distance (running). I was very optimistic for this year. Very good transition, very smooth. Got to thank the guys. It’s a great team, great atmosphere. Everyone was so nice to me coming in here. I love the people here. It feels great to win a blue map with them.”

All 10 Scottsboro runners finished in less than 18 minutes, a feat that impressed Robinson.

“They just went after it,” he said. “Every boy that passed me, they weren’t letting up. They had grit and determination. They all just brought it the whole time. We saw a lot of guys push themselves. Six or seven of our guys PR’d. To set a career (personal record) at this course here, that’s a big feat. It’s not an easy course. It’s packed, it’s crammed, everyone’s going out fast.”

With indoor and outdoor track and field up next, Wells said the Wildcats are not done chasing state championships this school year.

“It was overwhelming thinking about it, and it’s still surreal. I just thank God for all these opportunities,” Wells said. “And we’re just getting started.”