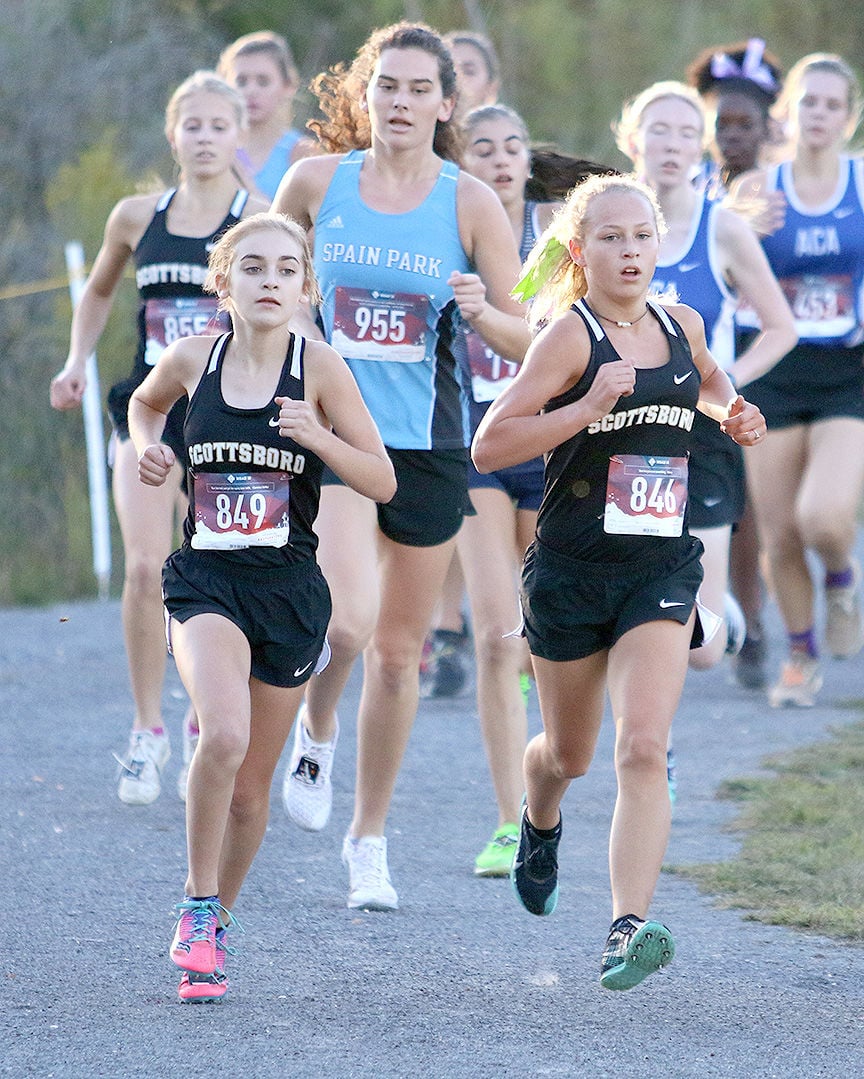 For Scottsboro cross country runners, the easiest week of training has arrived.

Scottsboro runners will race for state championships on Saturday, and the Wildcats spent this week staying sharp ahead of their quests to complete state-title repeats.

“The hay is in the barn,” said Scottsboro head coach Luke Robinson. “This is what they’ve trained for since June 3. You’re ready physically and mentally. Just go out there and leave it all on the course.”

The 2019 AHSAA Cross Country Championships are Saturday at Oakville Indian Mounds Park near Moulton. The Class 5A girls race is scheduled for 11:10 a.m. while the 5A boys race, the last of the day, is set for 12:10 p.m.

The SHS boys are an overwhelming favorite to win a fourth consecutive state title, so much of a favorite that the Wildcats are contenders to post a perfect score of 15.

“That’s their goal,” Robinson said. “They did it at sectionals, but it’s going to be even tougher to do at state. We’ll have to run our race (for it to happen). Just go out there and empty the tank.”

Scottsboro had a perfect score in the Class 5A Section 4 meet last week, and its top-five runners posted the fastest times of all 5A runners at the four 5A sectionals.

The drama for Scottsboro could be who wins the individual championship, as juniors Cooper Atkins and Hayden Judge are expected to be the top-two finishers in some order. Both runners have broken the school record this season and both posted sectional times that were more than a minute and 16 seconds faster than any other 5A runner.

Robinson said the race between them is like any other among SHS teammates, “a healthy competition.”

“All of our boys, they speak in the terms of ‘we’ instead of ‘I,’” Robinson said. “They want to see everybody successful and everything they do they see themselves as a group. It’s not necessarily something I’ve coached, they’re just great kids.”

“With the girls, we’ve got to close some time gaps between our runners and keep Lawrence County out of them,” Robinson said. “If we do that, we’ll be all right. I think if we put our best foot forward, we’ll be a hard team to beat.”

Pisgah finds itself in the state meet once again in both girls and boys divisions, and coach Gus Hembree said the Eagles will have their work cut out for them.

“With some schools moving into 3A because of competitive balance (for private schools), 3A is stronger than it has ever been,” Hembree said. “My kids just have to go do what we have worked on all season. We just need to go and compete with the same intensity as we did at sectionals, we will be just fine.”

Pisgah’s girls are making their 11th straight state meet appearance — every year since the program started in 2009 — while the PHS boys are going for the fourth straight season.

Hembree said his runners enjoy racing on the Oakville course and he believes they’ll fare well despite the cold and possible wet conditions.

“We have run well in the rain this season,” he said. “Sectionals showed me we like cold weather as well. With the weather calling for rain early and sub 30 degree temperatures, I believe we will run well.”

The North Sand Mountain boys cross country team makes their state debut on Saturday in the Class 1A-2A boys race, which is set for 9:30 a.m.

Many of NSM’s runners will play in the school’s Class 2A first-round playoff game Friday night at Addison — 18 miles from the Oakville Course — but head coach Reggie Culpepper said his runners are used to pulling double duty.

“They've done that all year so they know what to expect,” Culpepper said. “We look forward to the challenge.”

Meanwhile, Section senior runner Jennifer Vega will race as an individual in the Class 1A-2A girls race at 8:30 a.m. It’s the fourth straight season Vega has raced in the state meet. She finished 13th last season.

“I think she will run her best time of the year,” said Section head coach Stormy Stevens. “She is very determined to place in the top ten. She will have the best time she physically can because mentally she will never give up.”