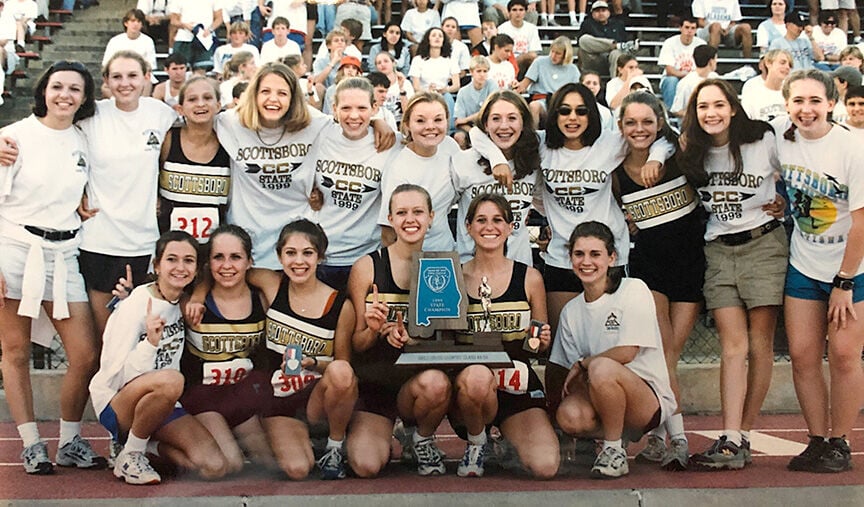 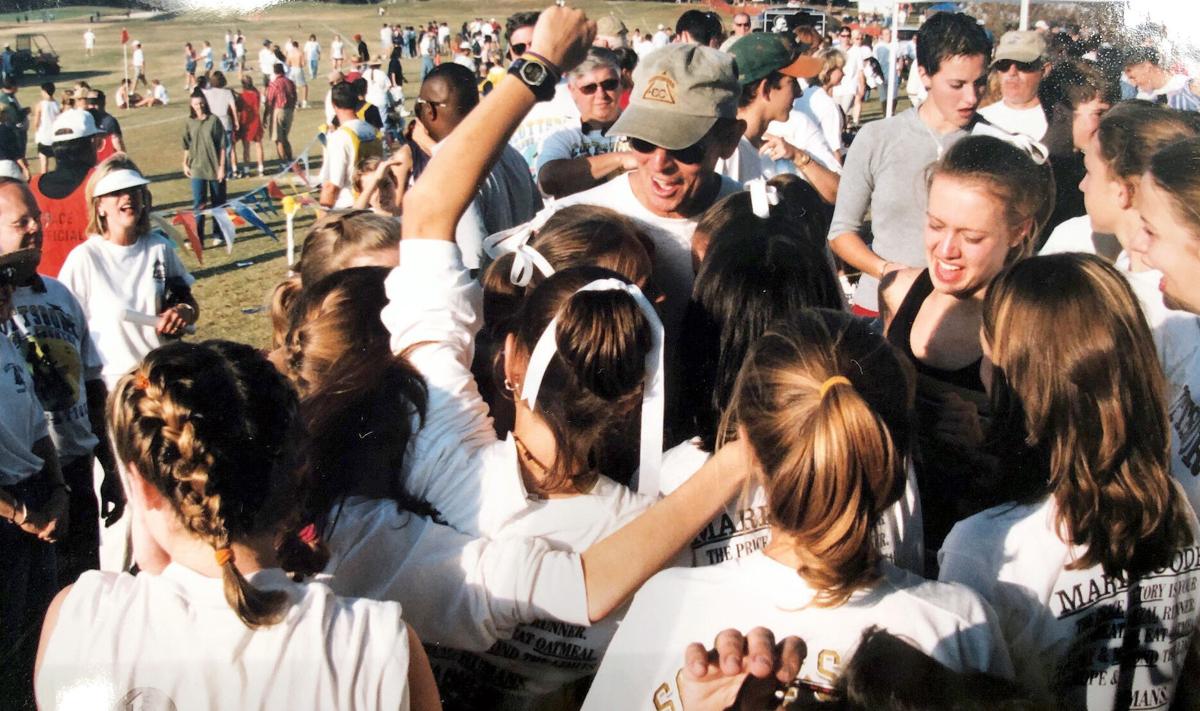 John Esslinger’s hall-of-fame coaching career produced 46 state championships, including 30 in the sport of cross country. All those championships are special to him. But only one was as nerve-wracking, as intense, and as big a sense of an accomplishment as the one the Scottsboro girlss cross country team captured in 1999.

“The way it all happened,” Esslinger said, “I still get nervous thinking about it.”

From the moment the Alabama High School Athletic Association released its cross country alignments for the 1999-2000 school year, an impending Scottsboro-St. Paul’s collison at the 1999 Class 4A-5A girls state cross country meet was the talk of the sport.

In 1999, the AHSAA changed its divisions for the state cross county championship meet. A new Class 4A-5A girls division was formed, a move that set up a showdown between two programs in the midst of a dynasty. St. Paul’s entered the Class 4A-5A state race after having won 16 straight championships in the Class 1A-4A and later Class 3A-4A divisions. Meanwhile, Scottsboro had won five straight Class 5A titles.

For months, all the talk in that division — and in the state — focused on the an impending Scottsboro-St. Paul’s clash at state.

“It was a big deal and everybody in the state was talking about it,” Esslinger said. “When we got to the state meet, that was the race everybody wanted to see.”

The teams were scheduled to both run the Vulcan Invitational in Birmingham during the regular season, but St. Paul’s wound up not competing. And so, the race at the state meet, which then was held at Troy University, was their first and only clash of the season.

Most cross country observers tabbed St. Paul’s as the favorite entering state. That was fine with Scottsboro, who fed off the underdog role.

“I sure preached that we were (the underdog),” Esslinger said. “I was glad we were the underdog. I liked being the underdog. Kids seem to work harder when they aren’t expected to win.”

The race was so close that it was hard to venture a guess as to which team had the winning low score, which was the sum each teams’ top-five runners’  finishes. Nearly an hour passed — Scottsboro won the Class 4A-5A boys title during the wait — and as people tried to sort through the results, a feeling of dread was creeping into the Scottsboro camp.

“We heard we’d lost. We were devastated,” said McIllwain. “Then we heard we’d won. To go from feeling defeated and mad to winning, it was a total turn of emotions.”

“Everyone was telling us we’d lost by a point,” Esslinger said. “When the results came out and we’d won by a point, everyone went crazy. It’s the wildest celebration I’ve ever seen.”

“Everybody had to do their part,” Esslinger said. “Everybody had to beat somebody. Lauren passed the Cullman girl right at the end. Our sixth runner (Manning) was ahead of (St. Paul’s) sixth one, so if we’d tied, we’d still have one. That goes to show you that every spot is important.”

The 1999 Class 4A-5A girls state championship race was the beginning of one of the state’s most intense rivalries. Despite their distance —  more than 350 miles according to Google Maps — Scottsboro and St. Paul’s became rivals in both girls and boys cross country and track and field, with state titles and individual medals decided many times between the two powerhouse programs over the next decade. The rivalry faded when the teams moved into different AHSAA classifications in 2013. The rivalry at state resumed again for the girls cross country teams in 2016. St. Paul’s won the title that season, but Scottsboro won the following three.

All future Scottsboro-St. Paul’s cross country showdowns will forever point back to 1999, when the 1999 Class 4A-5A girls state meet race remains one of the most anticipated in the sports’ history, perhaps the most storied moment in Scottsboro’s storied cross country history.

“We broke (St. Paul’s) streak,” Esslinger said. “It was an honor to go up against them. (St. Paul’s) coach Jim Tate was a guy I’d admired ever since before (being placed in the same classification). It really could’ve gone either way. We had a lot of people come down there and the parents were really supportive and I had great assistant coaches. I think it established us, our program. It was a massive relief that we accomplished that. I don’t think there’s ever been a race at state that’s been that big of a deal. ”