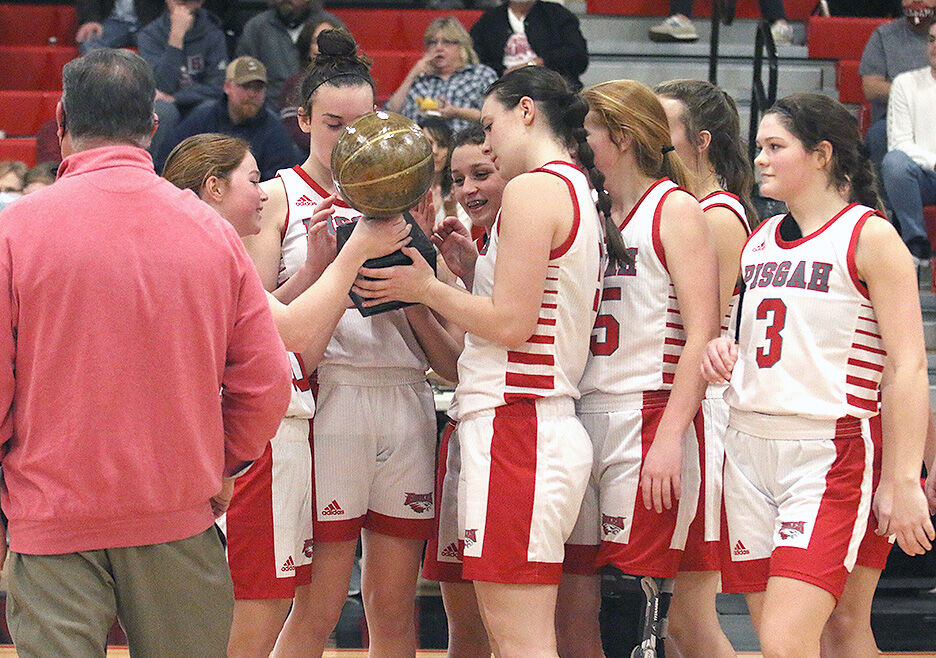 Pisgah players check out the trophy after winning the 2021 Jackson County Tournament's varsity girls division championship with a 78-69 win over Skyline. 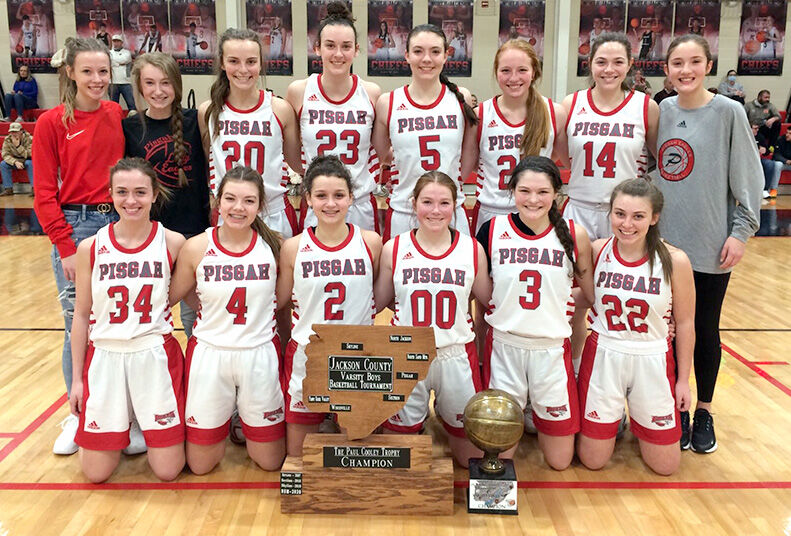 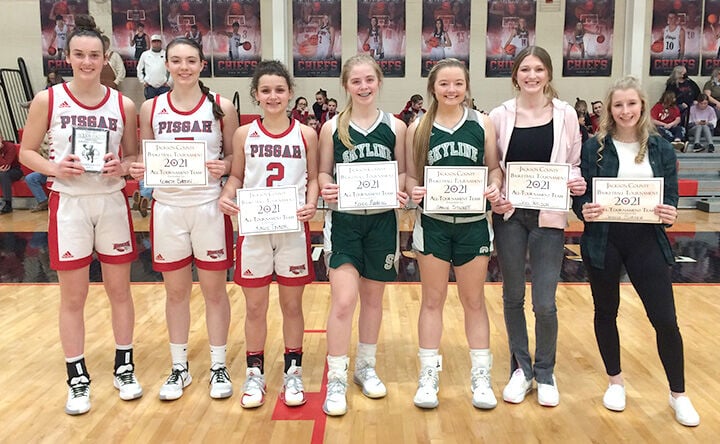 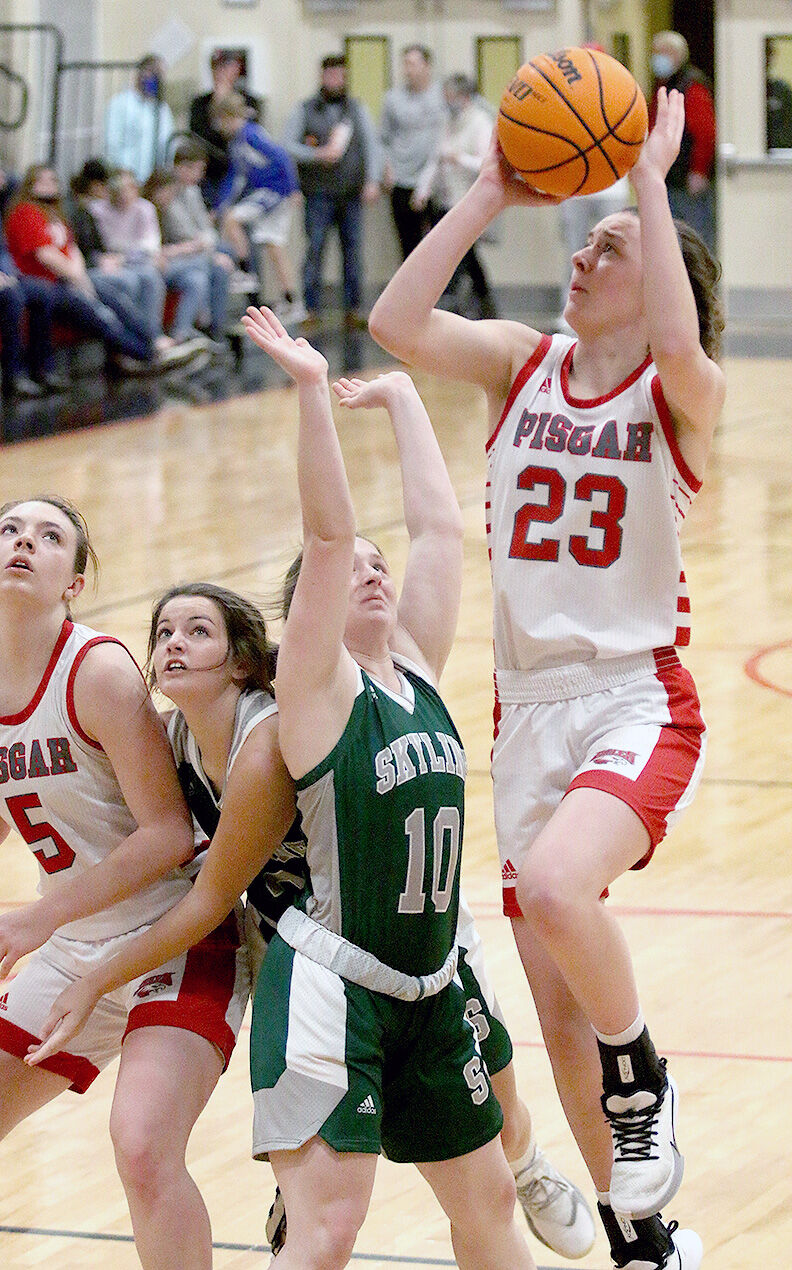 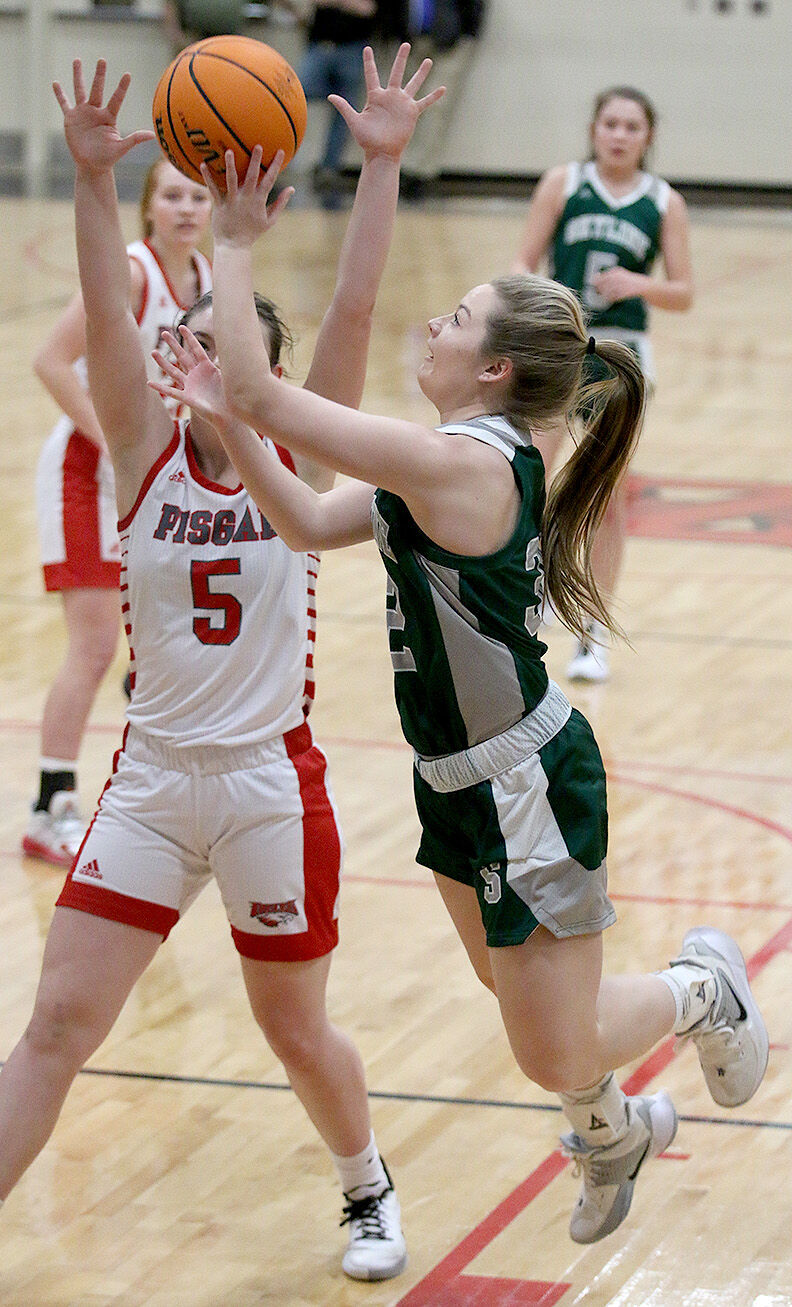 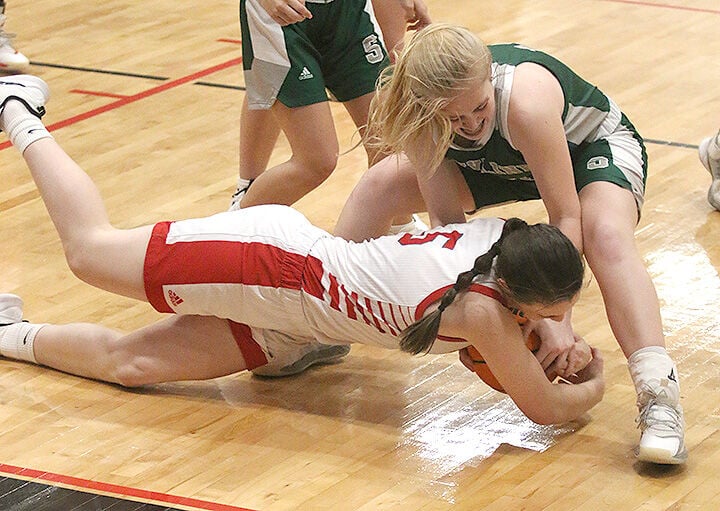 Pisgah players check out the trophy after winning the 2021 Jackson County Tournament's varsity girls division championship with a 78-69 win over Skyline.

Pisgah standout Molly Heard has been working her way back from a non-COVID-19 related health issue all season.

Saturday night in Pisgah’s biggest moment of the season, Heard’s performance was as close to her typical self as she has been this season.

The junior scored a career-high 38 points, including 18 in the fourth quarter, to help top-seeded and Class 2A No. 1-ranked Pisgah edge second-seeded and 1A No. 1 Skyline 78-69 in the 2021 Jackson County Tournament Varsity Girls championship game Saturday night at North Jackson High School.

“I still think she’s not but about 75 percent,” said Pisgah head coach Carey Ellison. “But I’m happy for her that’s she’s been able to kind of bounce back and start to get some rhythm and energy.”

Pisgah has now won 24 of the 45 Jackson County Girls Tournament titles — the varsity girls division started in 1977 — and its 15th county title during Ellison’s 25-year tenure.

“Each (championship) is a little bit different, not necessarily more special, but special in its own way,” Ellison said. “It’s pretty crazy when you hear those kind of numbers. I’m honored and blessed to coach at Pisgah. There’s a lot of coaches could’ve done this with the kids I’ve been blessed with. It’s kind of mind blowing sometimes to think of the run we’ve been on.”

If not for Pisgah’s county dynasty, Skyline would be on one of its one. The Vikings lost in the county finals for the sixth straight season, but like previous county finals, head coach Ronnie McCarver found no fault in his team’s performance.

“We played our tails off,” McCarver said. “Played hard, but two or three plays cost us against them. One little (scoring) spurt gets us every time against them. But I can handle that because we played hard. We guarded them hard.”

Pisgah (15-5) surged to an 8-0 lead in the first two-plus minutes, but Skyline (20-6) found its footing and grabbed a 19-17 lead by first quarter’s end after Lexie Stucky’s 3-pointer. Kenzie Manning and Aidan Bellomy drained 3-pointers to start the second quarter to push the Vikings’ lead to 25-17, but Pisgah countered with a 13-2 run and led 37-35 at halftime.

After the Eagles scored the final four points of the third quarter to carry 54-50 advantage into the fourth, two buckets from Heard and a Kennedy Barron free throw gave the Eagles a 59-50 lead. Skyline responded with an 10-2 scoring run to pull within 61-60 after Gracie Rowell’s basket with 4:40 remaining.

But Heard scored following a Skyline turnover 40 seconds later, then blocked a shot to start the fast break and scored again off an assist from Kallie Tinker to give the Eagles a 65-60 advantage with 3:33 left to play. Heard went on to score 10 of Pisgah’s final 13 points as the Eagles closed out the victory.

McCarver lauded his girls for their defensive effort’s on Heard.