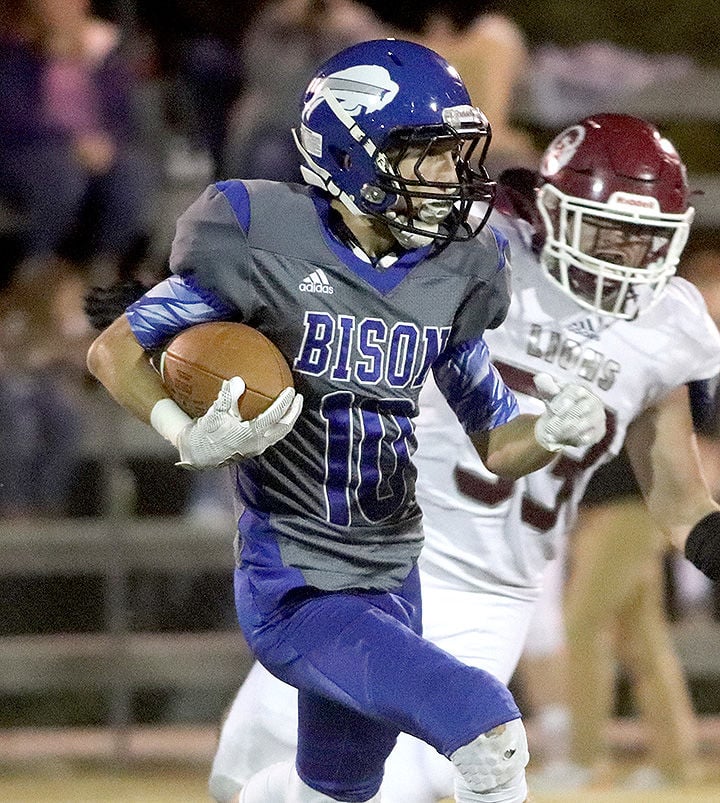 Jayden Culpepper and NSM host Westbrook Christian in the second round of the Class 2A playoffs Friday night at Lloyd Dobbins Field in Higdon. 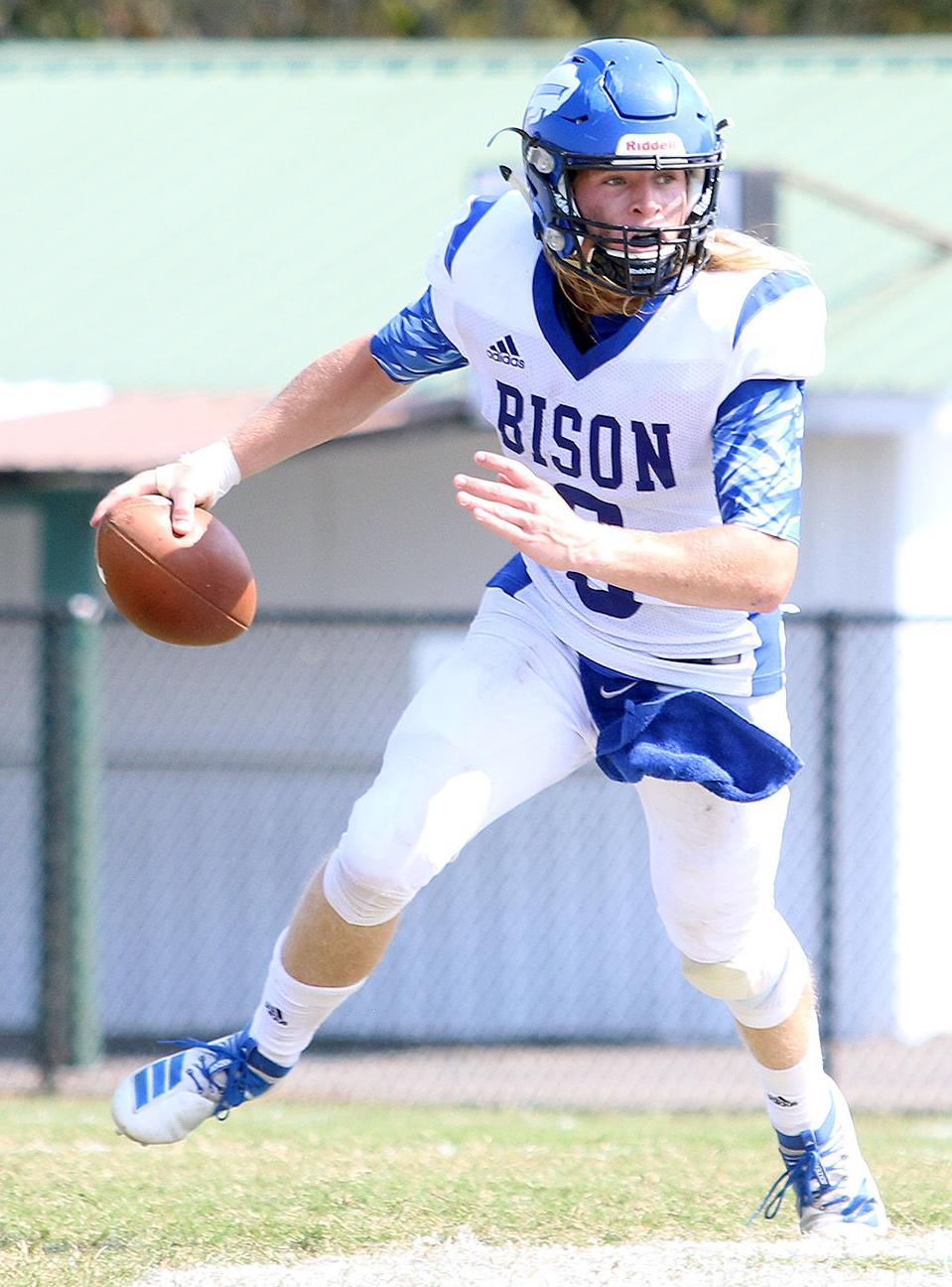 Landon Green and his NSM teammates attempt to make program history Friday by advancing to the state quarterfinals when they host Westbrook Christian in a Class 2A second-Round Playoff game.

Jayden Culpepper and NSM host Westbrook Christian in the second round of the Class 2A playoffs Friday night at Lloyd Dobbins Field in Higdon.

Landon Green and his NSM teammates attempt to make program history Friday by advancing to the state quarterfinals when they host Westbrook Christian in a Class 2A second-Round Playoff game.

The 2019 North Sand Mountain football team has the opportunity to go where no NSM team has gone before.

The Bison host Westbrook Christian in a Class 2A second-round playoff game Friday night at Lloyd Dobbins Field in Higdon. Kickoff is set for 7 p.m.

If NSM (8-3) wins, it would advance to the state quarterfinals for the first time in school history.

“It’s a chance to make some history,” said NSM head coach Keith Kirby “It’s hard to get to the third round. Hopefully we can make the most of the opportunity.”

This is the fourth second-round playoff appearance in school history for NSM. It’s three previous appearances were in 1998, 2013 and 2015, losses to Springville, Tanner and Madison Academy respectively. Meanwhile, Westbrook Christian has not been to the quarterfinals since 1997 when future Alabama quarterback Brodie Croyle led the Warriors to the Class 1A state championship game.

The NSM-Westbrook Christian winner plays either No. 2-ranked Ohatchee or No. 3 Collinsville in the Class 2A quarterfinals next week. If it advances, NSM would host Ohatchee but visit Collinsville.

For NSM, the win was its third straight and fifth in its last six games, the lone loss in that stretch coming against top-ranked Fyffe.

Kirby was pleased with NSM’s defensive effort against an Addison team that came in averaging more than 30 points per game.

“It’s been a rollarcoaster on defense at times, but we got one of our better performances last week,” Kirby said. “Offensively, I felt like we left points out there, so it was big that our defense stepped up like they did. Hopefully we’ll get another (performance) like that this week. Westbrook’s kind of a ball-control offense, well-coached, discipline, and we’ve got to reset the line of scrimmage and keep them from holding on to it.”

The Warriors primarily keep it on the ground, but Noles, the son of first-year Westbrook Christian head coach and former Boaz and Etowah head coach Drew Noles, is a capable passer having completed 54 of 87 passes for 923 yards and 14 touchdowns.

“They’ve got a big defensive line that we can’t let reset the line of scrimmage,” Kirby said. “They’re pretty solid. We’ve got to make plays when we get the opportunity. Again, we left some points out there last week. We can’t do that this time.”

NSM quarterback Landon Green surpassed the 2,000-yard passing mark for the season during the Bison’s first-round win and has now completed 117 of 178 passes for 2,115 yards and 24 touchdowns. Lake Bell is the Bison’s leading receiver with 42 catches for 839 yards and 10 touchdowns, while Damon Gentle leas the NSM in rushing with 663 yards and eight touchdowns on 79 carries.