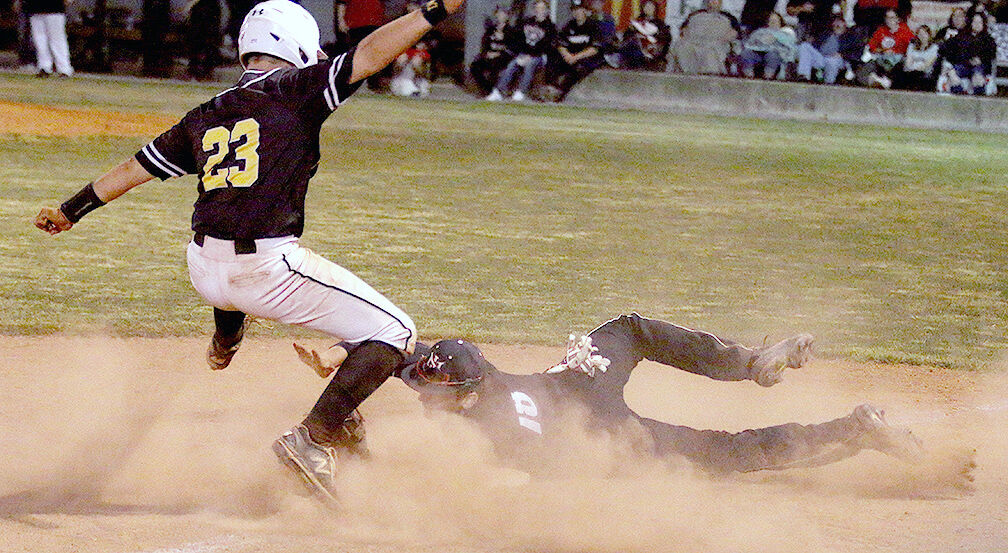 North Jackson's Landon Barnes tags out Cherokee County's Haden Wheeler (23) on a stolen base attempt during Game 2 of the teams' Class 4A second-round best-of-three series. North Jackson swept the series to advance to the quarterfinals. 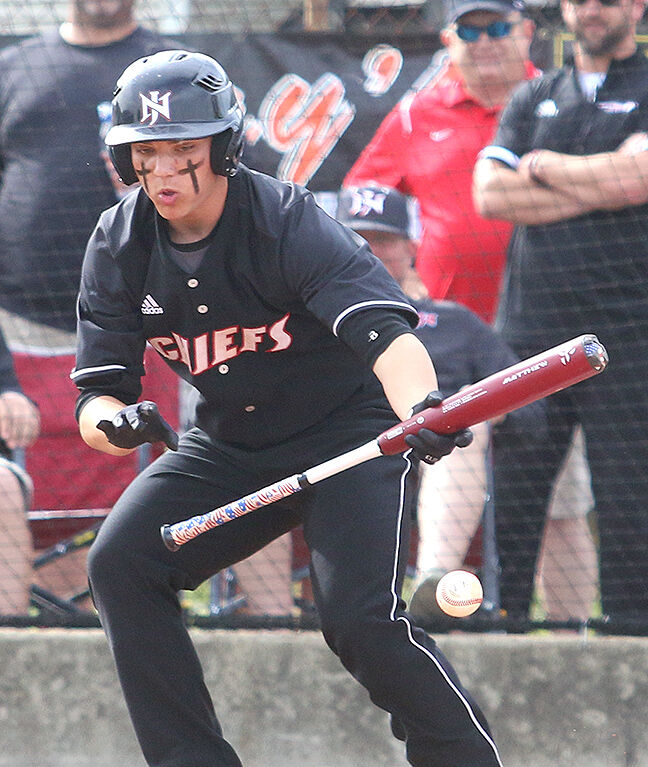 North Jackson's Matt Adams bunts for a base hit against Cherokee County. 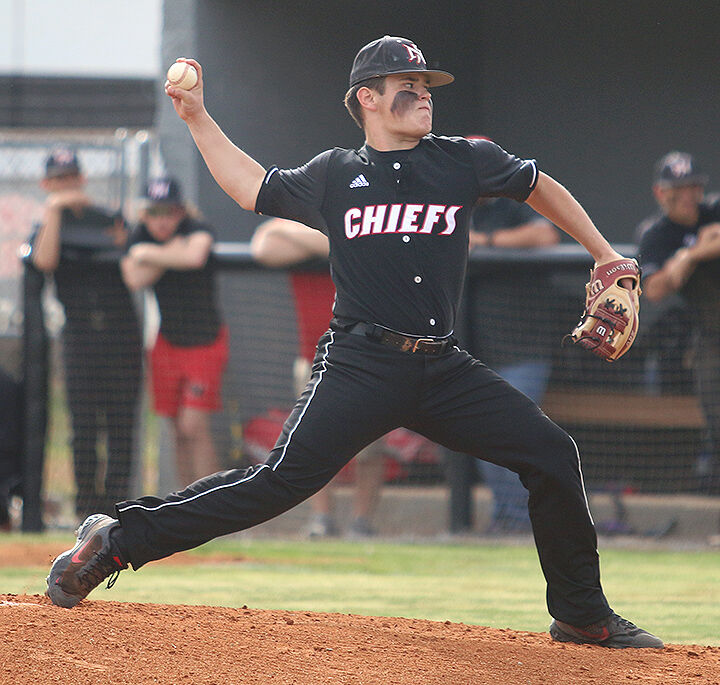 North Jackson's Landon Barnes tags out Cherokee County's Haden Wheeler (23) on a stolen base attempt during Game 2 of the teams' Class 4A second-round best-of-three series. North Jackson swept the series to advance to the quarterfinals.

North Jackson's Matt Adams bunts for a base hit against Cherokee County.

From the time he was hired as North Jackson's head baseball coach prior to the 2019 season, Cole Porter has stressed to the Chiefs the importance of continuing their season into the month of May.

“You can't win (a state championship) unless you play in May,” Porter said. “Now we're about to play in May, so we've met that goal.”

North Jackson will play May baseball for the first time in five years thanks to sweeping a Class 4A second-round best-of-three series with Cherokee County 12-2 and 8-6 last Friday night in Centre.

No. 5-ranked North Jackson (28-8) hosts Hamilton in a quarterfinal series this coming Friday at Stevenson Park. Game 1 is Friday at 5 p.m. with Game to follow at 7 p.m. Game 3, if needed, would be played Saturday at 2 p.m. The winner advances to the 4A state semifinals against the winner of the Oneonta-Curry series.

This season's playoff run is the deepest for the Chiefs since advancing to the state semifinals in 2016.

“We're happy to be where we're at,” Porter said. “It's been a long time since we've had that big-time home playoff atmosphere, those late-round series. We've played really good at our place, and our crowd gets involved, and normally during the playoffs it gets a little rowdy, and I think our guys like that. We're looking forward to that. We've got a good thing going. Baseball is about peaking. I don't think we've peaked yet.”

North Jackson scored three runs in the top of the first inning in Game 1 against Cherokee County (17-15) and led 3-2 before breaking the game open with a seven-run fifth inning. The Chiefs tacked on two more in the top of the seventh.

After what his Porter called a “shaky” start, freshman pitcher Smith found a groove, limiting Cherokee County to just four hits and two walks while posting 10 strikeouts over 6 2/3 innings.

“(Smith) struggled a little bit, lost command, pitched like a ninth-grader for two or three innings,” Porter said. “It's a big moment for a ninth-grader. But the rest of the game, he threw like a senior.”

North Jackson endured a shaky start to Game 2, as Cherokee County struck for five runs in the top of the first — North Jackson was the “home” team for the second game — to lead 5-0 right out of the game.

But Porter said the Chiefs were unfazed by the deficit, scoring five runs in the bottom of the first, all with two outs.

“They just showed how mentally tough they are. They knew we were OK,” he said. “When we've got the bats in our hands, we're dangerous. We've veterans hitters and young guys that just don't roll over. These guys are going to fight. We made things happen with bats in our hands, Poole settled down (on the mound) after that (first inning) and threw lights out. Landon Barnes came in (to pitch) in a high-pressure situation and did a phenomenal job.”

The Chiefs took a 6-5 lead in the second inning when Smith walked and eventually scored on Matthew Adams’ RBI groundout. Cherokee County tied the game at 6-all in the top of the fourth, but Poole reached on a Warriors error in the bottom of the fourth and scored on Barnes’ RBI single. North Jackson added an insurance run in the sixth when Poole walked and ultimately scored on Luke Guess’ RBI sacrifice fly.

Barnes then pitched around a one-out walk, striking out two, including the final batter, to close out the game and the sweep for the Chiefs. Barnes recorded four strikeouts in two innings pitched while earning the save while Poole struck out six over five innings and got the win.