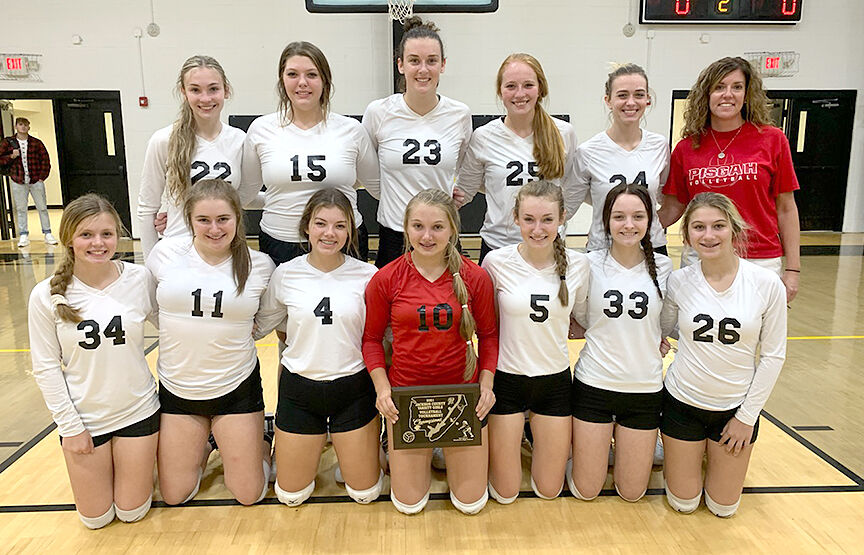 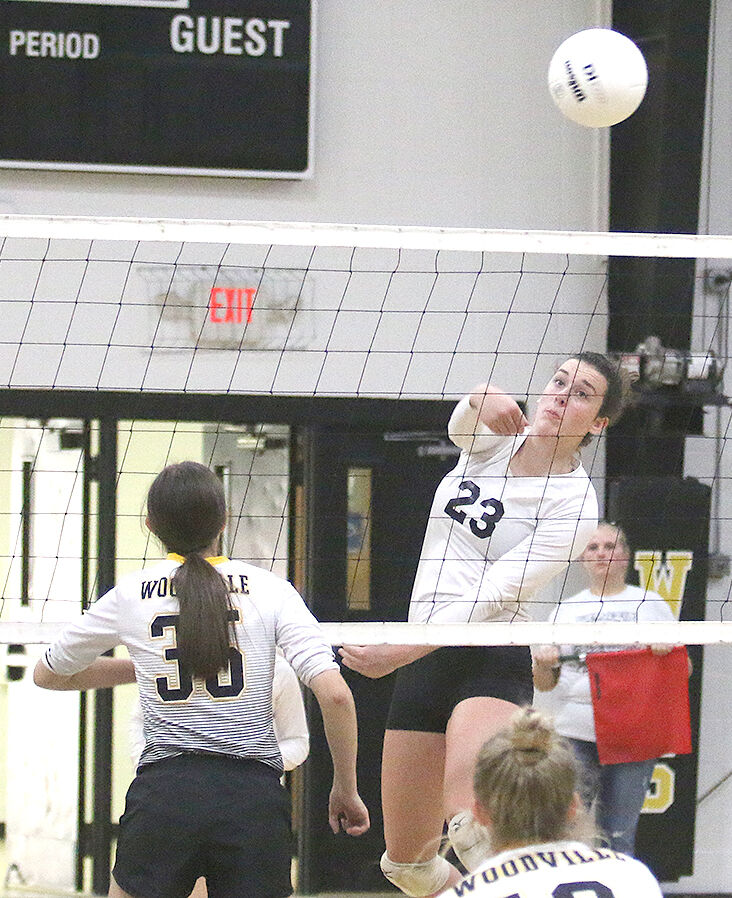 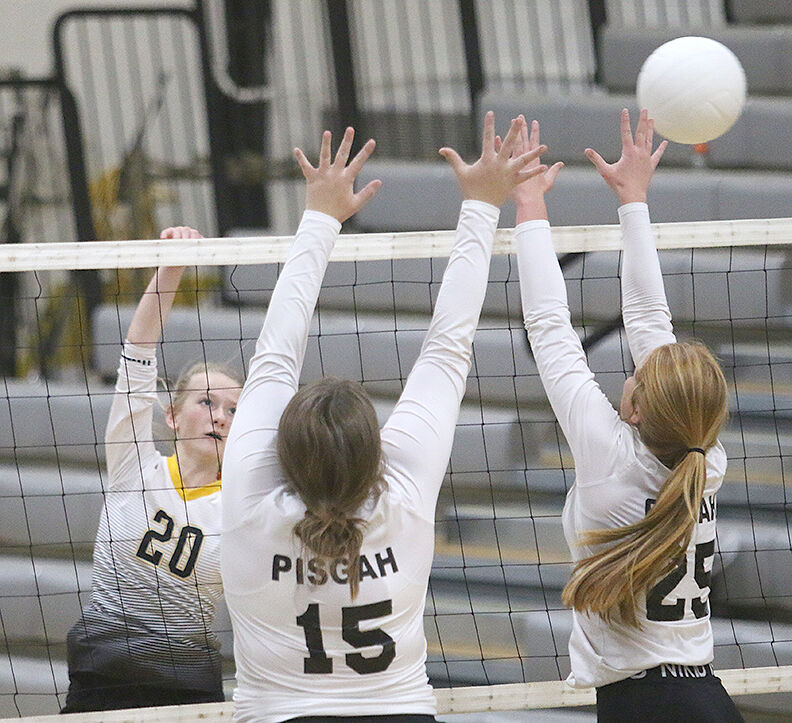 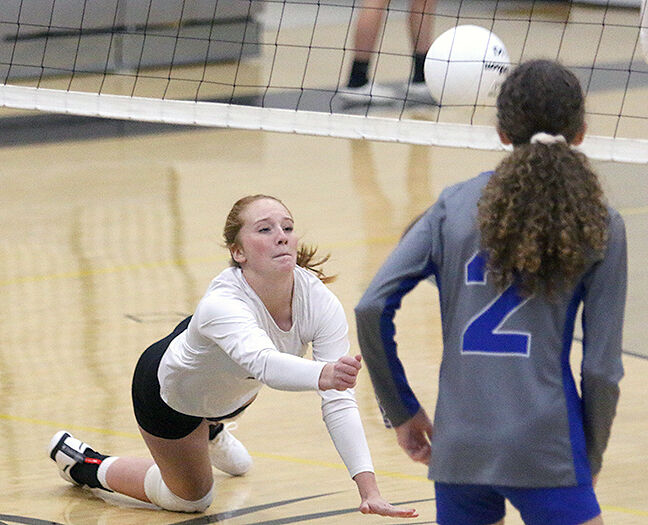 Karlee Holcomb dives to keep a point alive for Pisgah against NSM. 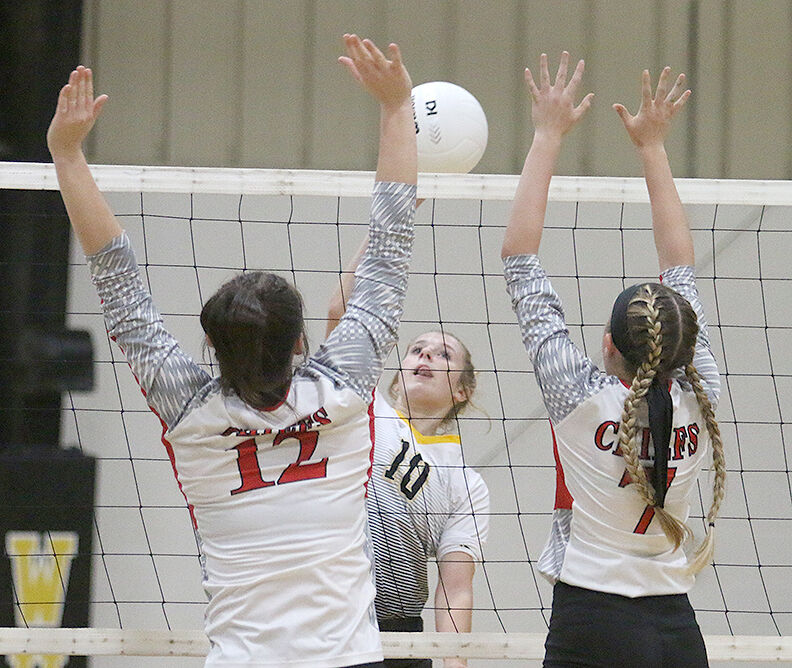 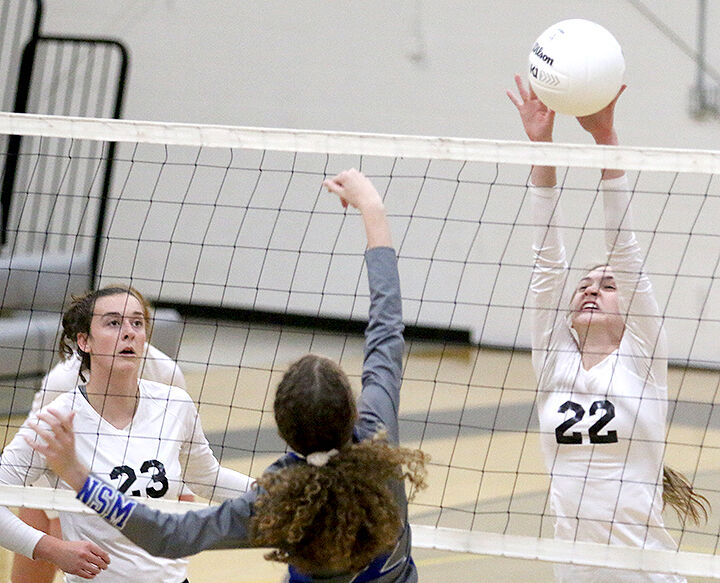 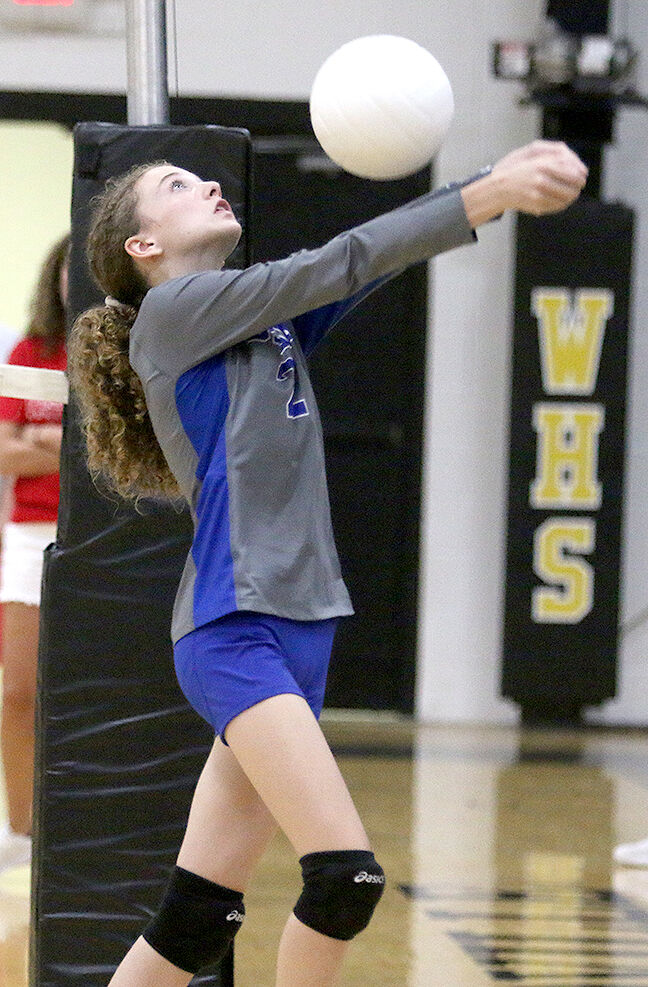 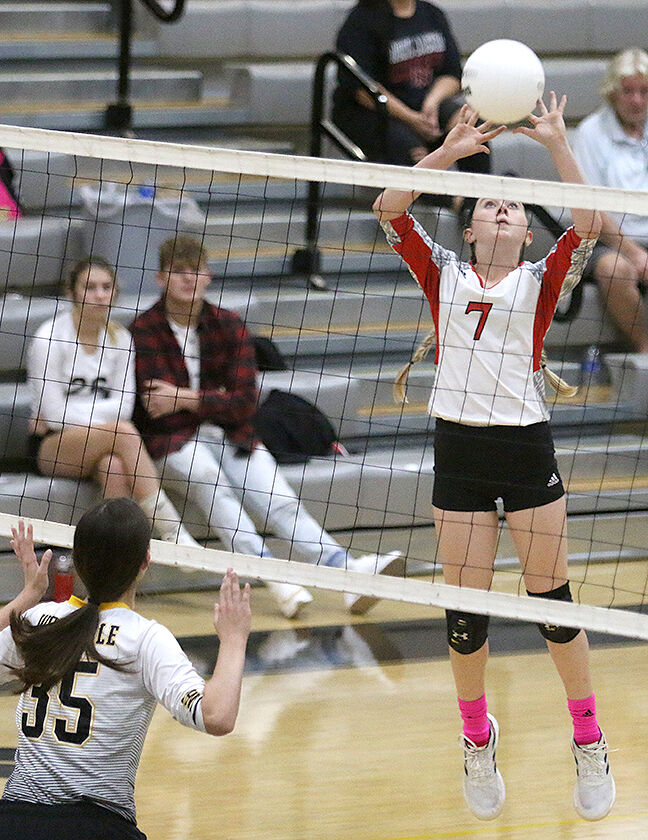 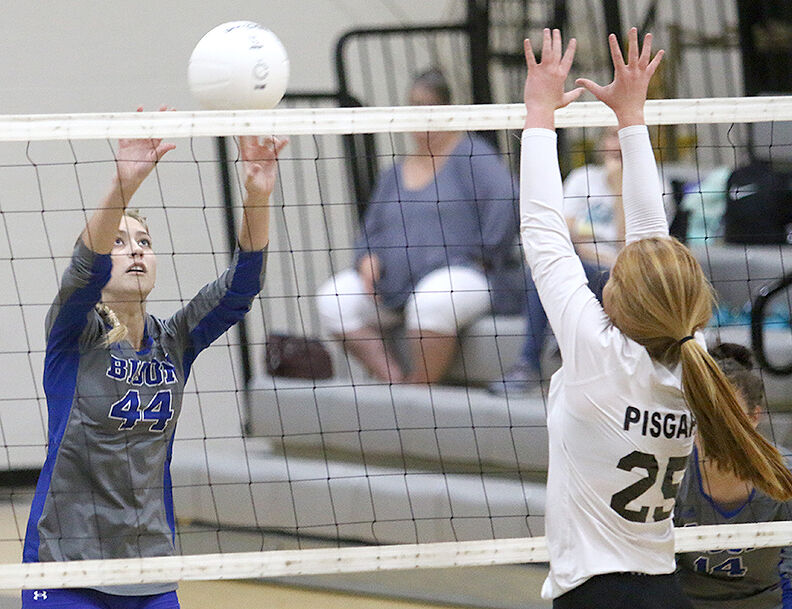 NSM's Ally Butler tips the ball over the net against Pisgah's Karlee Holcomb.

Karlee Holcomb dives to keep a point alive for Pisgah against NSM.

NSM's Ally Butler tips the ball over the net against Pisgah's Karlee Holcomb.

Pisgah’s reign as Jackson County Volleyball Tournament champion will continue for another year.

Pisgah has won all seven Jackson County Volleyball Tournament championships since the tournament’s inception in 2015.

“To be able to carry on the tradition of winning the county tournament is great,” said Pisgah head coach Chrystal Heard, who has coached Pisgah to four of those titles during her two tenures as coach. “It makes me proud of our program and our girls.”

Meanwhile, Woodville (11-7) was making just its second county finals appearance. The other was in the inaugural tournament.

The Panthers reached the title match by sweeping second-seeded North Jackson 26-24, 25-22 in a best-of-three semifinal match. Trailing 20-16 in the second set, the Panthers went on an 8-0 scoring run to propel them to victory.

“It has been really fun to be a part of this team,” said first-year Woodville head coach Woody Beard. “(The players) enjoy playing with each other.  They play as a team. They play hard. They play to try to win. It was a good experience to get to play North Jackson and win. Our girls felt like an underdog and played with a little chip on their shoulder, but also played with confidence to win the match. That is hard to do and very rewarding and exciting when accomplished.”

In the championship match, Pisgah used a 12-2 scoring run to break a 7-all tie with the Panthers on the way to winning the first set. In the second set, six straight service points from Keller helped Pisgah turn a four-point advantage into a 20-10 lead. Woodville countered with a 5-0 run, but Pisgah closed it out thanks to two kills from Patton and one from Molly Heard.

“Pisgah is a tough matchup for us,” Beard said. “We do not have enough height to defend against Molly. When she was able to get hits at us we could do little to defend her. They have a good team. And they made winning points. I was proud of our team’s effort. I felt like we made the match competitive. I am excited about the direction our program is headed.”

Molly Heard finished with 17 kills and four blocks in Pisgah’s the title-match victory. Patton closed with five kills while Keller and Kaitlyn Stephens had one kill and two aces each. Flammia had five digs and Barron had an ace.

Lannah Grace Beard, who transferred from Pisgah to Woodville when her father took the school’s girls basketball and volleyball coaching jobs, recorded four kills and one ace for the Panthers. Jessica Sirten added two kills.

“I hope that this helps prepare my team for the area tournament next week,” said Chrystal Heard. “It was exciting to watch Coach Beard and his team make program history as well (getting back to the finals).”