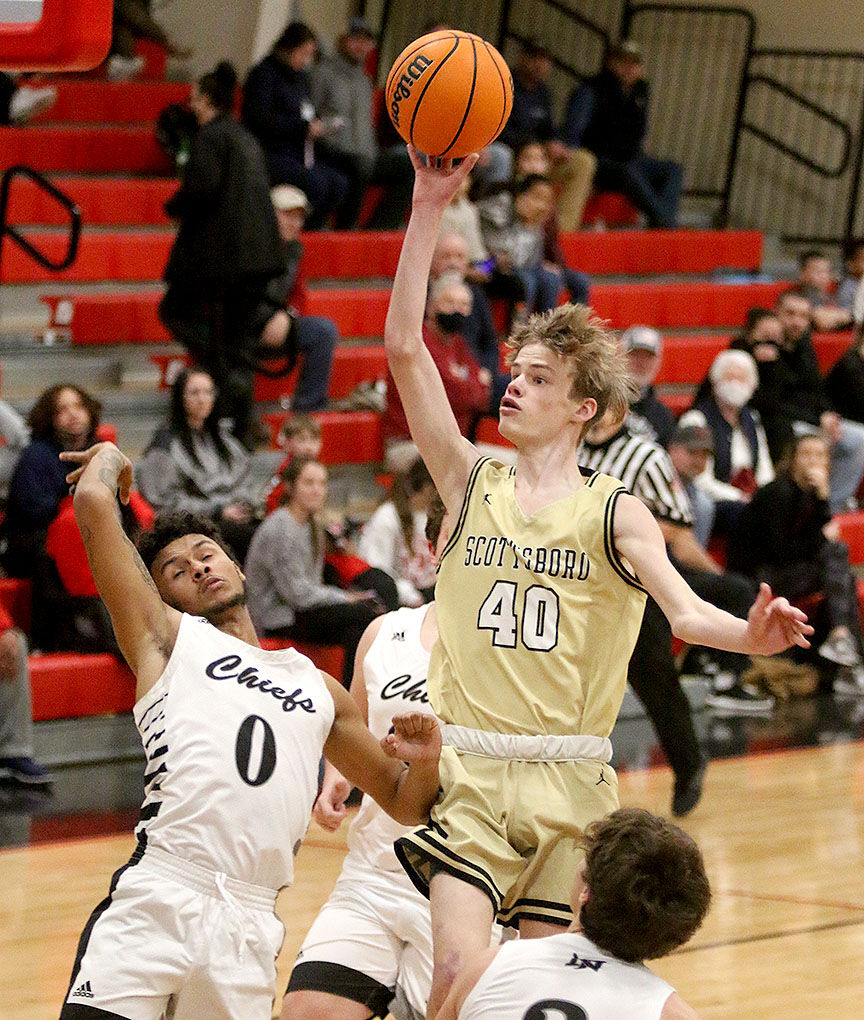 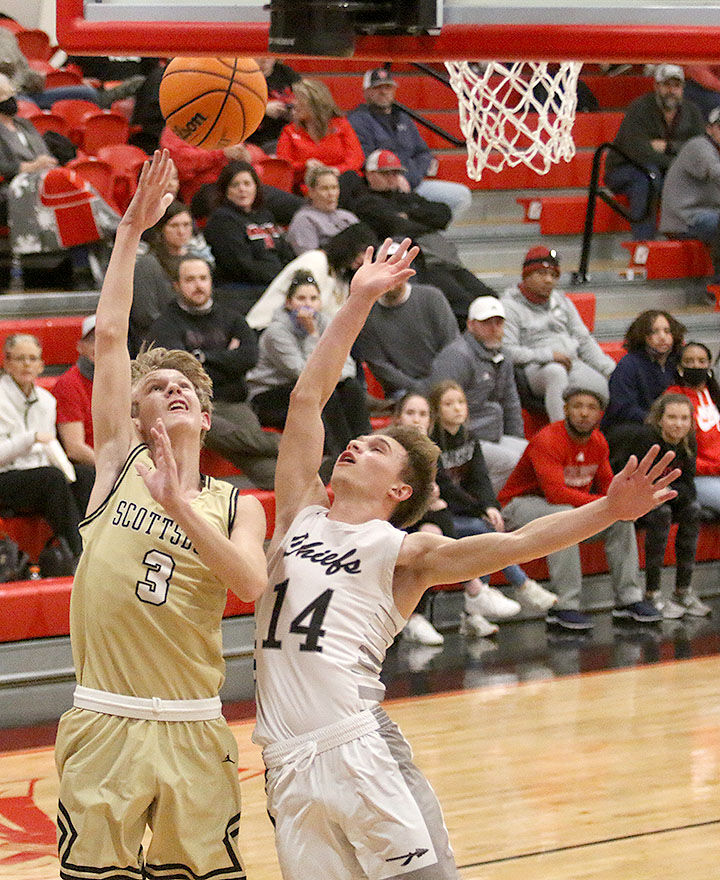 Parker Bell (3) goes in for a layup as North Jackson's Brady Cunningham tries to block it during Scottsboro's 80-50 victory Thursday night.

Parker Bell (3) goes in for a layup as North Jackson's Brady Cunningham tries to block it during Scottsboro's 80-50 victory Thursday night.

Thanks to an 80-50 victory over archrival North Jackson Thursday night in Stevenson, Scottsboro extending its winning streak to 12, the longest winning streak for the Wildcats since the program’s 1966-67 state-championship winning season.

The only ones not impressed with the current winning streak, however, are the Wildcats themselves.

“If it wasn’t (for people) telling me our record, I wouldn’t know it. I know we’ve lost three games, but wouldn’t know how many we’ve won or how many we’ve won in a row,” said Scottsboro head coach Jason Bell. “The kids, they’ve not mentioned our record. That’s awesome, because they’re just focused on the next (game) and they’re looking at the postseason. When that area tournament starts, everybody’s 0-0.”

Scottsboro added on to another winning streak as well, posting its 24th consecutive victory over the Chiefs. The Wildcats haven’t lost to North Jackson since Dec. 15, 2009.

Scottsboro raced out to fast start against the Chiefs Thursday night, leading by as many as 21 points in the opening eight minutes before carrying a 30-10 lead into the second quarter. The Wildcats led 50-28 at halftime and 64-37 after three quarters.

“We made some shots tonight,” Bell said. “The other night against Columbia we didn’t make anything, so we did nothing (at Wednesday’s practice) but shoot, shoot, shoot. It paid off.”

Eleven different Wildcats scored points, led by Parker Bell and Kyle Wright with 10 points apiece. JaVaris Branford, who made three consecutive 3-pointers for the Wildcats after North Jackson cut their lead to 32-21 midway through the second quarter, finished with nine points while BJ Harris and Micah Kritner had eight each, Tyson Sexton and Cordell Worthy had seven each, Clay Giles and Seth Whitmire had six each, Blake Jones had five and Sam Cobb had four. Noah Linville had four assists.

“We played hard, played that way throughout the game. But we just can’t run with (Scottsboro), especially the whole game. We need to slow it down, but it’s hard to against them,” said North Jackson head coach Tony Brown. “Our boys though, they’ve improved so much since the start of the season. We’d won three in a row coming into this game. I think we’ll have a shot in the area (tournament).”