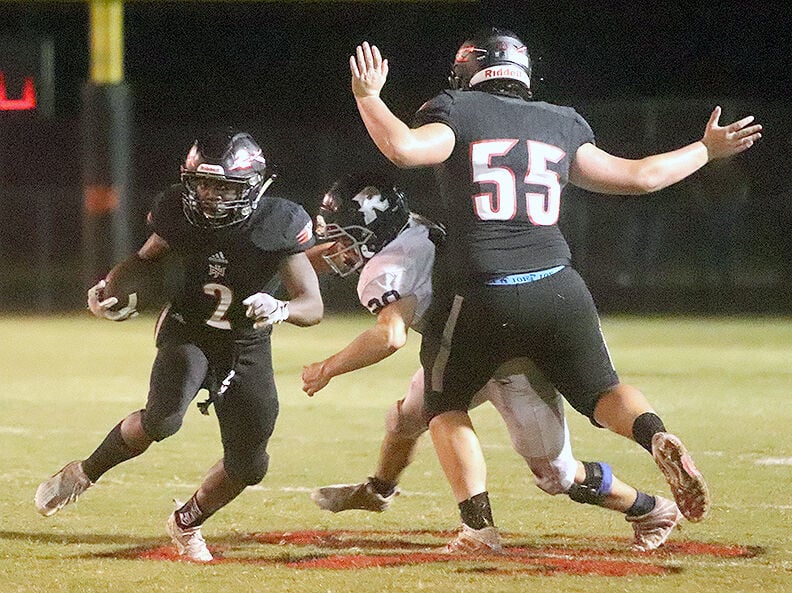 North Jackson's Myron Walton heads up field after catching a pass and getting blocking help against Randolph Friday night. 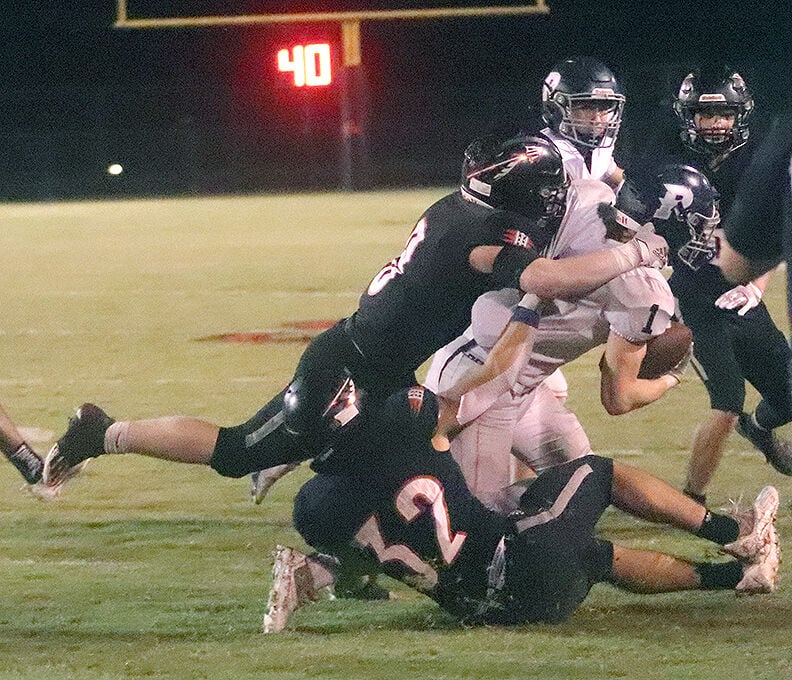 North Jackson's Myron Walton heads up field after catching a pass and getting blocking help against Randolph Friday night.

The North Jackson football team will need some help in order to host a first-round playoff game.

Visiting Randolph built a 17-6 halftime lead and held off the Chiefs for a 24-14 win Friday night in Stevenson in a matchup of teams that entered the contest tied for second place in Class 4A Region 7.

The loss means North Jackson (3-4, 3-2) must win its last two remaining region games against St. John Paul and New Hope and have Randolph (7-1, 4-1) lose its final two region games to Westminster Christian and DAR in order for North Jackson to host a first-round playoff game.

North Jackson held Randolph to minus 11 yards rushing on 30 carries, but the Raiders made up for it in the passing game. Senior quarterback Andrew Hunter completed 14 of 30 passes for 240 yards and two touchdowns for the Raiders..

Hunter hit Griffin Kennamer for a 53-yard pass on the game’s first play from scrimmage, leading to Andrew Dodgen’s 33-yard field goal and a 3-0 Randolph lead. The Raiders’ lead grew to 10-0 midway through the second quarter when Connor Goodson caught a 31-yard touchdown pass from Hunter and Dodgen kicked the first of his three PATs.

North Jackson answered with a touchdown pass of its own, as Dalton Morris found Brady Cunningham for a 48-yard score to cut the Randolph lead to 10-6.

Randolph’s defense then came up big, as Graham Batey returned an interception for a touchdown just before halftime to give Randolph a 17-6 lead. The Chiefs got a 2-yard touchdown run from Macklin Guess and a two-point conversion to pull within 17-14 with 9:30 remaining in the game. But following an interception, Randolph got a 33-yard pass from Hunter to Garrett Day on a third-and-five play to set up first down at the North Jackson 11. After losing a yard on two straight running plays, Hunter found Kennamer from 12 yards out with 1:54 to seal it for Randolph, which tied the school’s single-season wins record with Friday’s victory.

North Jackson goes on the road next week to play St. John Paul II (0-7, 0-5). The Chiefs can officially clinch a playoff berth with a win next week.