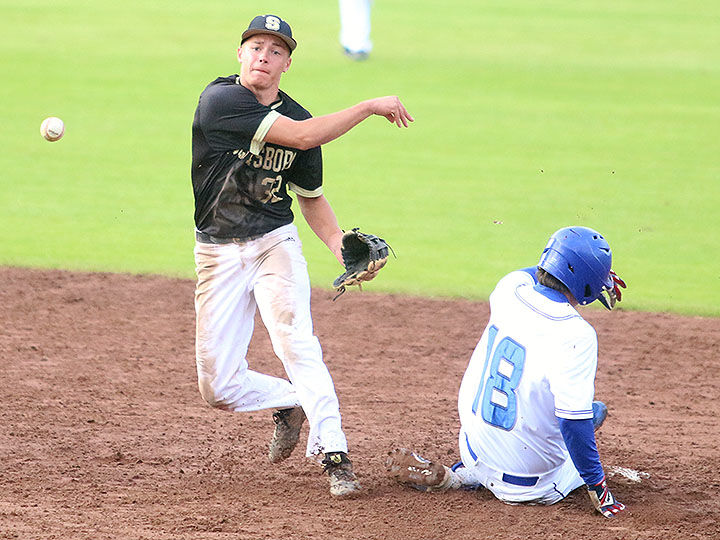 Reed Latimer throws to first base as Scottsboro turns a double play against Arab. 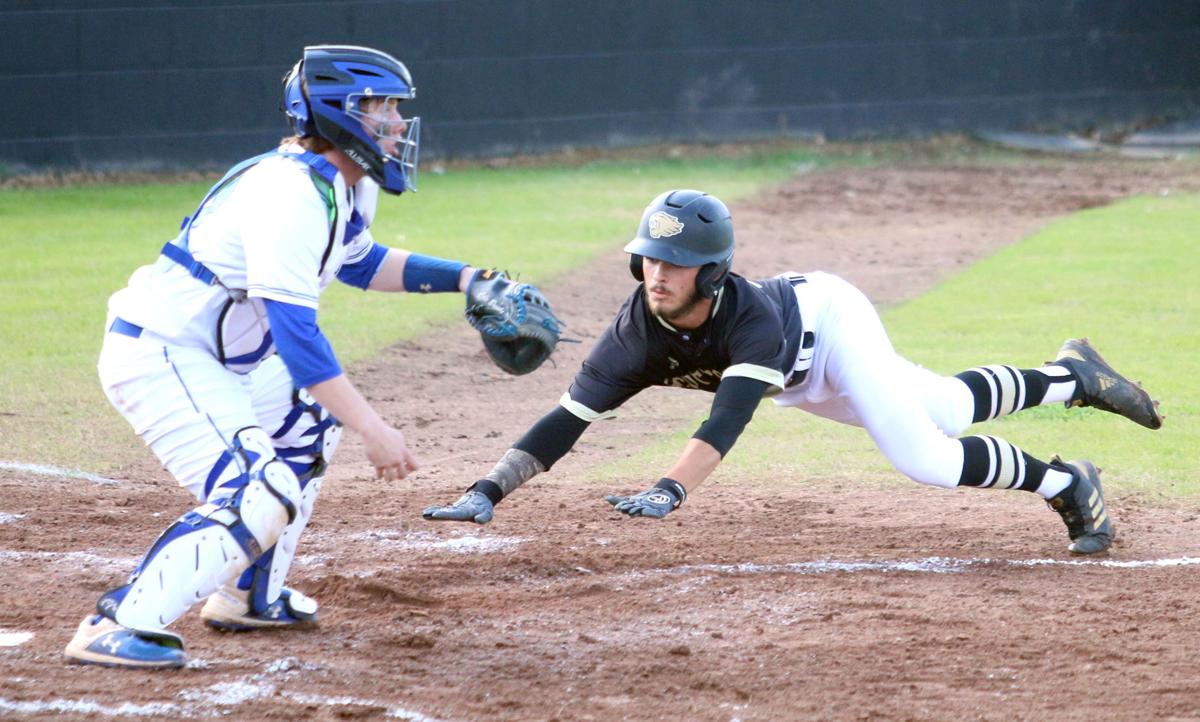 Kyle Murphy slides in safely to score a run for Scottsboro against Arab.

Reed Latimer throws to first base as Scottsboro turns a double play against Arab.

Kyle Murphy slides in safely to score a run for Scottsboro against Arab.

The Scottsboro baseball team is headed back to the postseason.

The Wildcats clinched their first playoff berth since 2016 by winning their Class 5A Area 15 series tiebreaker game with Arab 9-6.

Scottsboro (13-7, 3-1) lost the first game of Friday’s doubleheader 11-7, leaving it tied with Arab (16-9, 3-1) atop the area standings. But by winning Friday’s second game, which does not count in the area standings, Scottsboro holds a tiebreaker should it finished tied with Arab at the conclusion of area play this week. Scottsboro plays Brewer (5-23, 0-4) twice while Arab plays Guntersville (13-13, 2-2) twice.

The Wildcats’ win also locked up a playoff berth, and they can win the area championship and the right to host a 5A first-round playoff series if they get two wins this week against Brewer or one win and one Arab loss to Guntersville, which could win the area title by sweeping Arab while having Brewer sweep Scottsboro.

Scottsboro head coach Blake Talley was proud of how the Wildcats bounced back to win the tiebreaker game.

“The main thing I’m proud about is that our kids competed so hard. That’s the hardest we’ve competed all year,” he said. “The first game, we didn’t pull it out, but we fought back (from a big deficit). The second game, both teams were going back and forth, and we just kept going all game long. We scored in every inning from the third inning on. Top to bottom, everybody contributed. We just competed like crazy. I’m super proud of them for doing that.”

The Wildcats took a 3-0 lead in Friday’s second game thanks to Christian Herberholz’s first-inning RBI double and his two-run homer in the third. Arab scored four runs in the bottom of the third, but Dalton Wood tied it in the fourth with a solo homer to right field.

After the Knights went in front 5-4 in the bottom of the fourth, Scottsboro countered with three runs in the top of the fifth on Riley Bennett’s RBI double and RBI singles from Camden Matthews and Ethan Clark. Herberholz’s RBI single gave Scottsboro an 8-5 lead in the sixth — Herberholz went 4-for-5 with four RBIs, finishing a triple shy of hitting for the cycle — and Reed Latimer’s RBI sacrifice fly gave Scottsboro a 9-5 lead in the seventh.

Arab loaded the bases with no outs in the bottom of the seventh and scored a run on a walk, but Latimer retired the next three Knights, two via strikeout, to end the game. Latimer pitched four innings in relief and got the win, striking out seven while allowing only one run.

In the opening game, Arab used an eight-run second inning to take control before holding off the Wildcats’ rally attempt.

Bennett and Peyton Grant both went 2-for-4 with an RBI for Scottsboro — Grant had an RBI triple and Bennett had an RBI double —while Matthews had a two-run single and Herberholz had an RBI single.