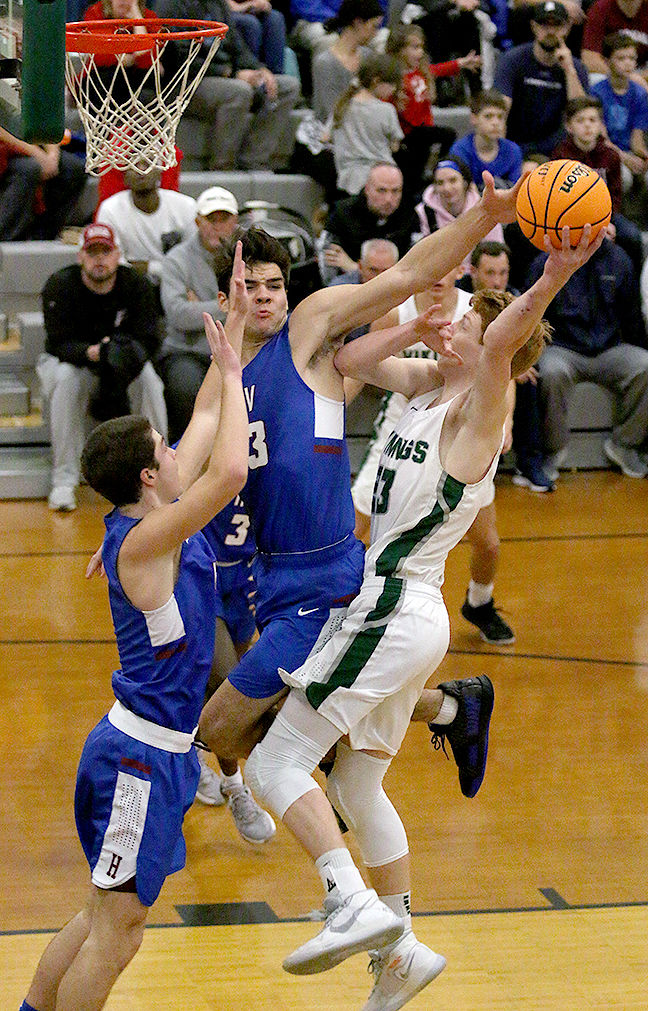 Collin Lockard (right) makes a basket as he draws a foul during Skyline’s game with Huntsville Thursday night. 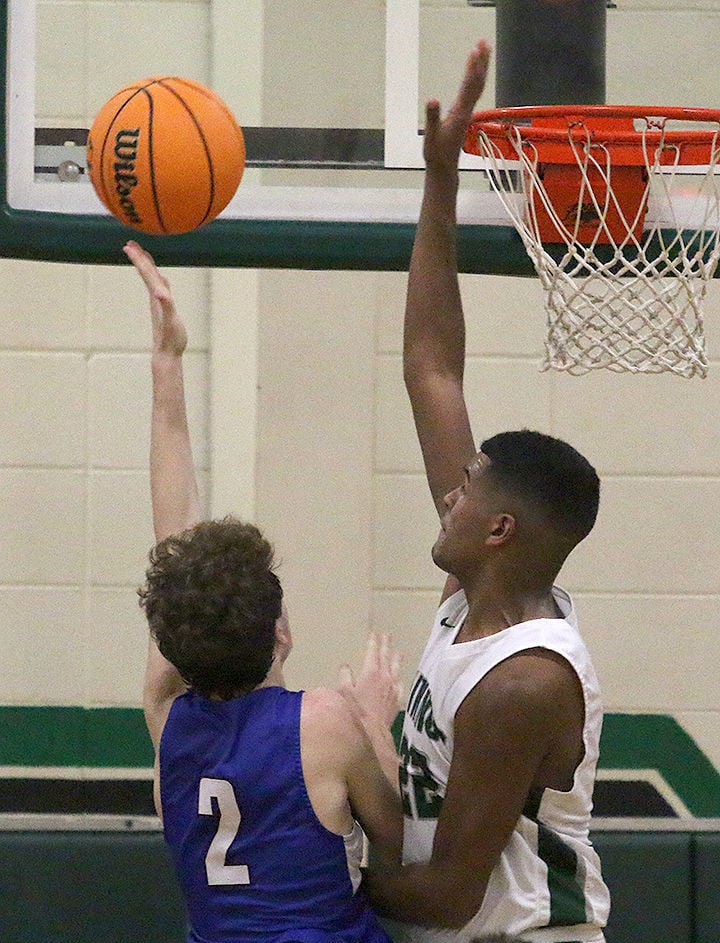 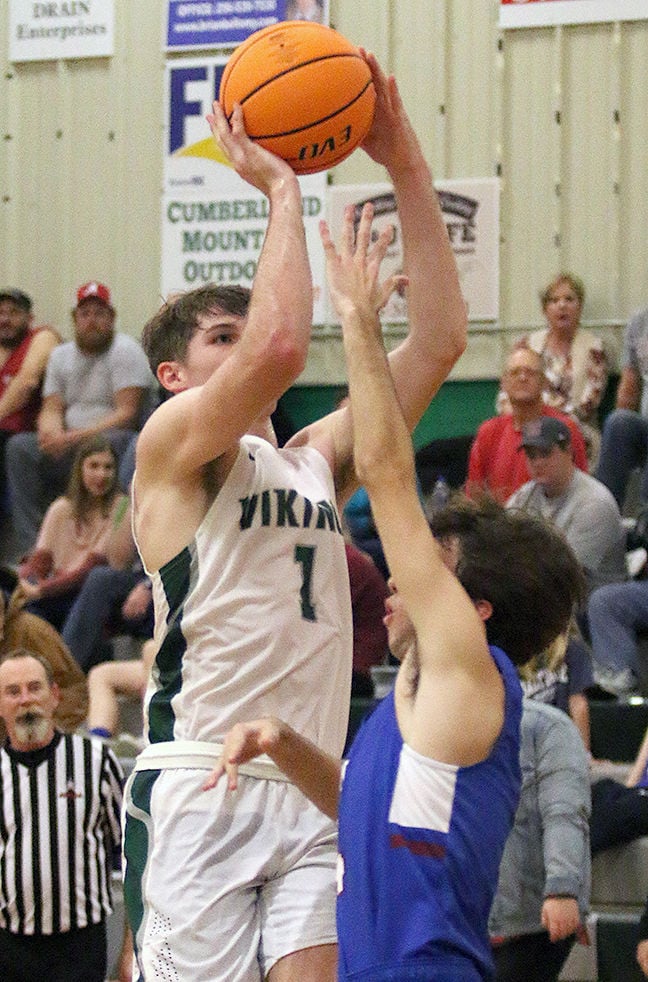 Dawson Wynn (1) shoots over a Huntsville defender during the teams’ game Thursday night at SHS.

Collin Lockard (right) makes a basket as he draws a foul during Skyline’s game with Huntsville Thursday night.

Dawson Wynn (1) shoots over a Huntsville defender during the teams’ game Thursday night at SHS.

But according to head coach Ronnie McCarver, they hadn’t seen the type Huntsville applies.

Turnovers and rushed shots plagued the Class 1A No. 5-ranked  Vikings, while hot-shooting Class 7A No. 7-ranked Huntsville pulled away in the second half for a 72-48 victory over Skyline Thursday night at Skyline High School.

“We’ve been playing against people that pressured us, but we didn’t handle it too good tonight,” McCarver said. “(Huntsville) put that pressure on us and we just cowed down. That was good for us. We needed to see something like that.”

The loss was the Vikings’ first at home this season.

Skyline (14-3) controlled the game early, building an 11-5 lead with 4:22 left in the first quarter after Collin Lockard’s fourth basket of the period. But Huntsville (12-7) ramped up its pressure and surged in front 17-14 after one quarter and 29-19 at halftime. The Crimson Panthers stretched their lead to 49-29 after three quarters and led by as many as 26 points in the fourth.

Lockard scored a game-high 29 points for Skyline, which had only one other player — Dawson Wynn scored 10 points — in double figures.

“(Huntsville) normally shoots pretty good, but they shot the heck out of it tonight,” McCarver said. “When they get to making (shots) like that, forget it.”