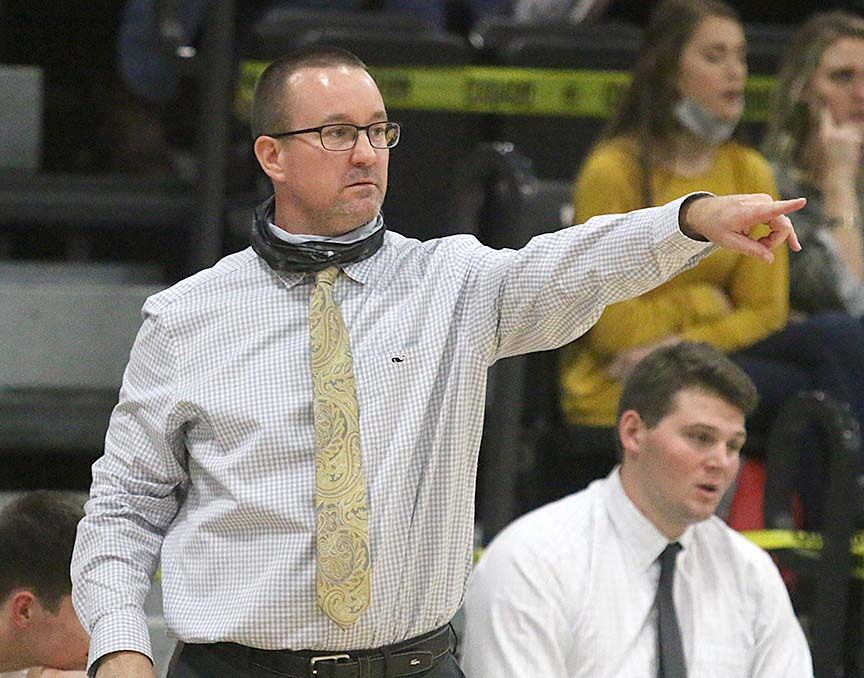 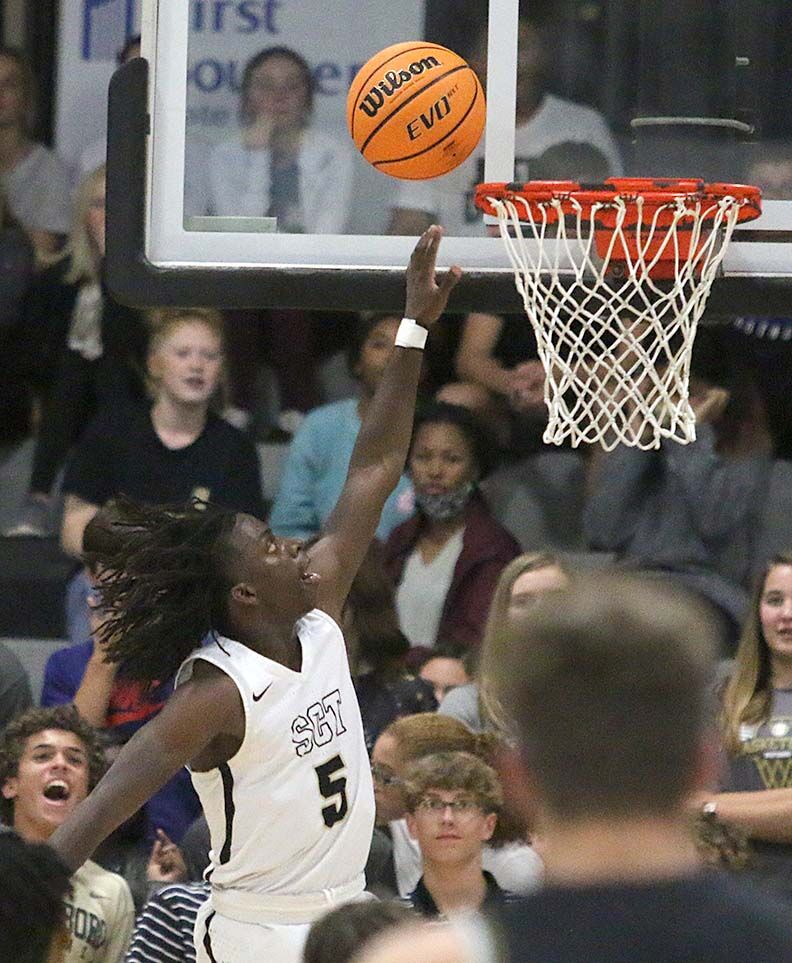 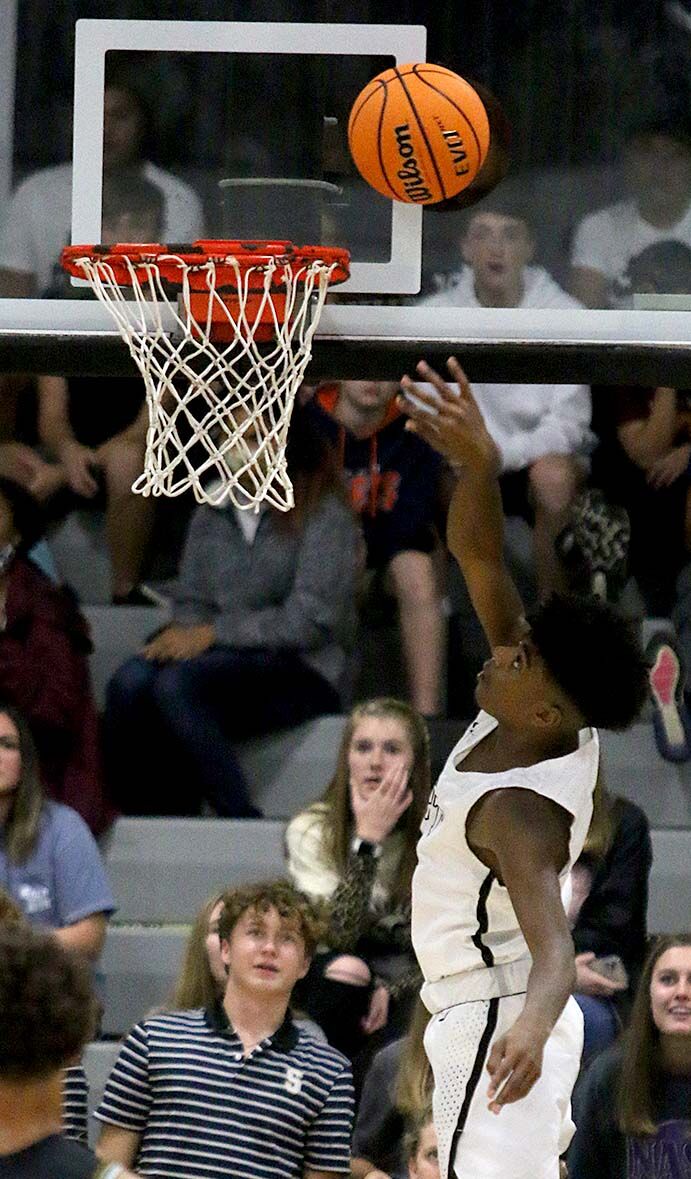 Tyson Sexton lays the basketball in after a getting a steal during Scottsboro's 71-49 win over St. John Paul II Tuesday night. 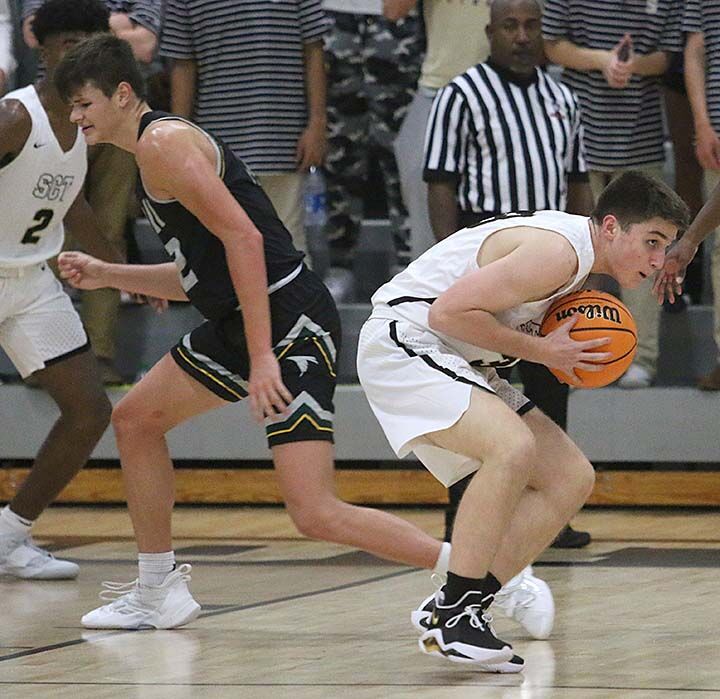 Sam Cobb (right) comes up with a steal during Scottsboro's 71-49 win over St. John Paul II.

Tyson Sexton lays the basketball in after a getting a steal during Scottsboro's 71-49 win over St. John Paul II Tuesday night.

Sam Cobb (right) comes up with a steal during Scottsboro's 71-49 win over St. John Paul II.

The game was the debut for longtime assistant Jason Bell as Scottsboro’s new head coach, and the program was celebrating Senior Night as well.

After falling behind 8-0 four minutes into the game, Scottsboro took command with a 16-0 scoring run to end the first quarter and cruised to a 71-49 victory over visiting St. John Paul II Tuesday night at Hambrick Hall.

Scottsboro (1-0) took charge with the aid of a switch to a pressing, trapping defense, turning numerous SJPII turnovers into easy buckets that swung the momentum in the Wildcats’ favor.

“We started off just in half-court man defense just to get a feel (for the game). Once we started (pressing) and got some easy buckets, it took off from there,” Bell said. “We planned on (pressing). Didn’t start out in it, with the emotions and everything I was afraid the guys would get gassed early. We hadn’t work it a whole lot, and there were some holes in it, but effort, effort makes up for mistakes. I knew we scored a bunch (of points) quickly.”

Sophomore Tyson Sexton scored the Wildcats’ first five points, and Parker Bell’s layup, B.J. Harris’ two baskets, another Sexton 3-pointer and Cordell Worthy’s putback gave the Wildcats a 16-8 advantage by quarter’s end. Scottsboro’s lead grew to double-digits on Sexton’s layup off a steal and an assist by JaVaris Branford and ultimately was as large as 21 before the Wildcats carried a 36-18 lead into halftime. Scottsboro led 54-29 after three quarters as SJPII never got closer than 18 in the second half.

Bell, who previously held head-coaching positing at Northridge and Plainview, was glad his seniors got a Senior Night victory while also relieved to get his first win as Scottsboro head coach.

“It feels good,” said Bell, who was an assistant under Kenny Hill at Scottsboro the past seven seasons. “I’ve been a little nervous about it, but it’s good to get that out of the way.